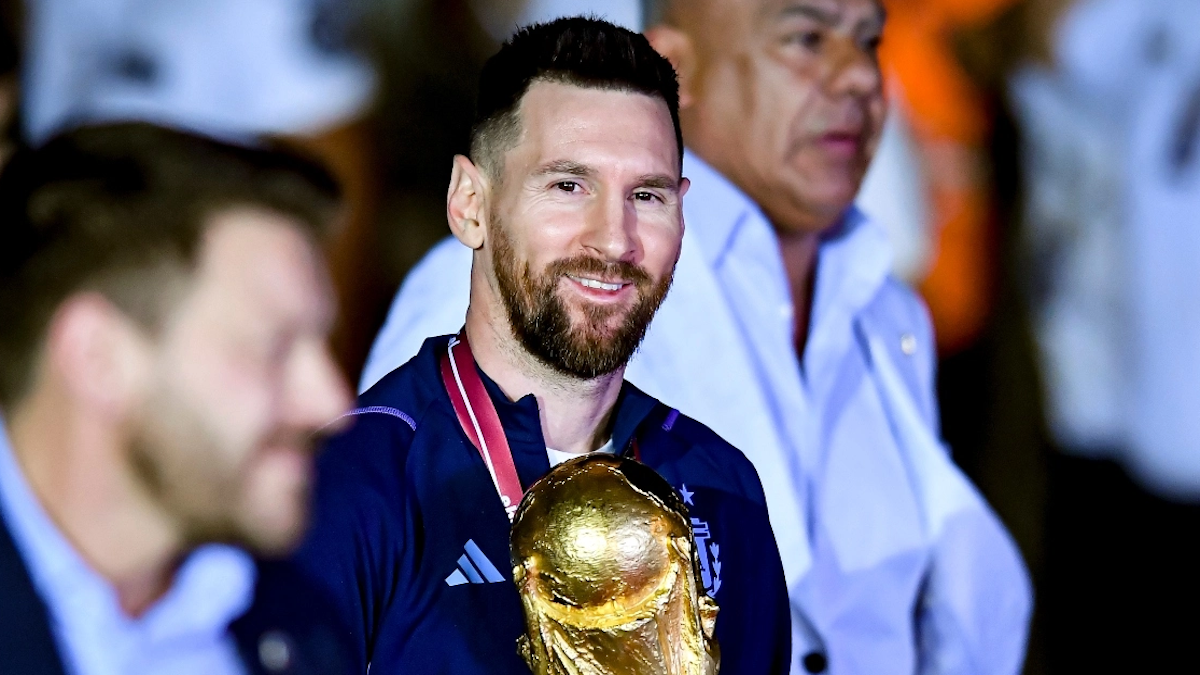 On Dec. 18, one particular Instagram post made history by overtaking the current leader for most-liked Instagram post. Coincidentally (but not really), Dec. 18 also saw another historic moment in the FIFA World Cup 2022 final. There seem to be dots to connect here, doesn’t there? It’s an impressive feat to be the proud owner of Instagram’s most-liked post, but it’s an even greater victory to win the 2022 World Cup. If you haven’t guessed it by now, we’re not giving anything else away.

What was the previous record?

Originally, pre-2019, the most-liked Instagram post was a picture of Kylie Jenner’s daughter — which surpassed a staggering 18.6 million likes. Then, on Jan. 4, 2019, the Instagram account @world_record_egg posted a photo of an egg with the specific purpose of surpassing Kylie Jenner’s record. The post was captioned: “Let’s set a world record together and get the most liked post on Instagram. Beating the current world record held by Kylie Jenner (18 million)! We got this.” Right now, the post sits at over 56,939,940 likes and counting. As The New York Times confirmed after this monumental achievement, the creator of the @world_record_egg account was Chris Godfrey, an advertising creative, and his friends CJ Brown and Alissa Khan-Whelan. Kylie Jenner wasn’t amused, clearly, since Buzzfeed News reported her uploading a video on Instagram of her cracking an egg open and captioning it: “Take that little egg.”

If you haven’t figured it out yet, Argentina’s captain, Lionel Messi, smashed the record for most Instagram likes on Dec. 18 after winning the FIFA 2022 World Cup. For any intrigued readers, here’s the post for your viewing pleasure. Messi uploaded several images — showcasing his World Cup journey with Argentina — with his teammates, as well as a lead picture of himself holding the World Cup. He wrote a heartfelt sentiment in Spanish, which, as per Instagram’s translation, reads:

“CHAMPIONS OF THE WORLD!!!!!!! So many times I dreamed it, so much I wanted it that I still don’t fall, I can’t believe it……

Thank you so much to my family, to all who support me and also to all who believed in us. We prove once again that Argentinians when we fight together and united we are able to achieve what we aim. The merit is of this group, which is above individuals, is the strength of all fighting for the same dream that was also the one of all Argentinians… We did it!!!”

Messi’s upload reached 10 million likes in the first 39 minutes of its sharing. Prior to Messi’s breaking the record, it was Cristiano Ronaldo who held the record for most-liked Instagram post by a professional athlete. Ronaldo’s photo from Nov. 19, 2022 — ironically — of him and Messi playing chess, reached 42 million likes. Right now, Messi’s World Cup victory post has over 63 million likes.

As if the aforementioned milestone weren’t enough, Messi also boasts eight out of the top 20 most-liked Instagram posts, many of which surround the events of the 2022 World Cup. We never thought we’d be living in an era where Lionel Messi’s World Cup post surpasses that of a photoshopped egg, but here we are.