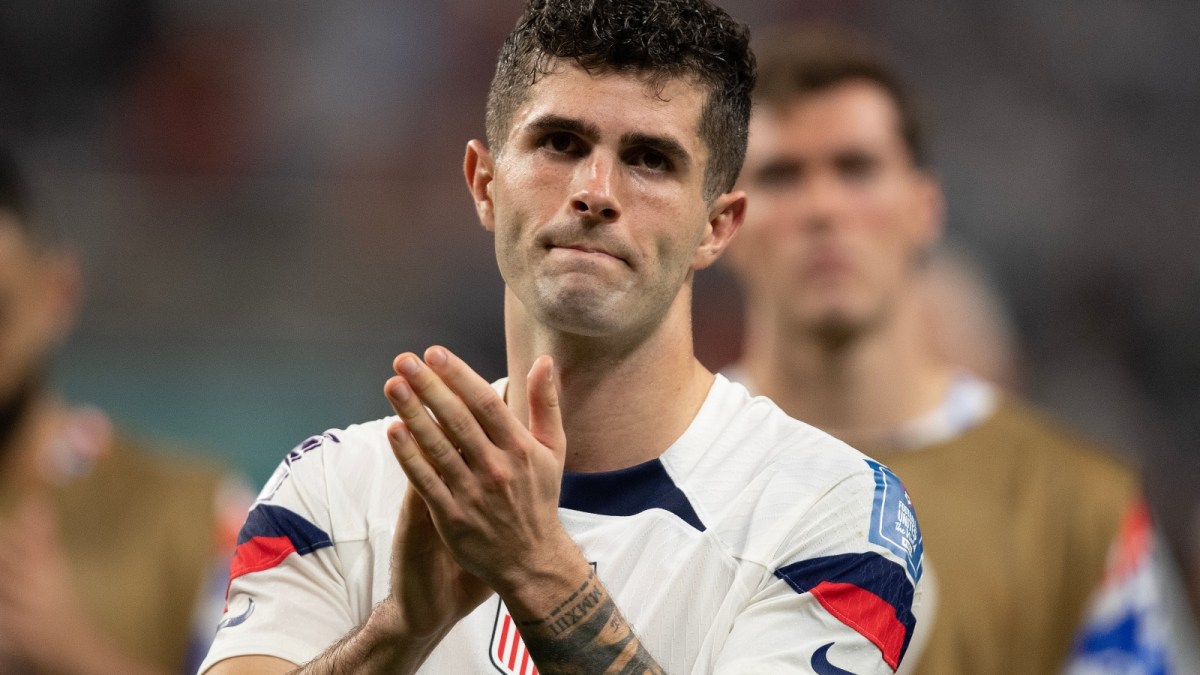 The FIFA World Cup is considered by many to be the greatest single sports tournament in the world, happening only once every four years, and crowning the true world champion of the globe’s most popular sport. The month-long tournament earns an extraordinary amount of money, totaling over $7.5 billion in revenue just from the this year’s tournament in Qatar.

Overall, 206 nations competed for three years in the qualifying rounds until just 32 remained to compete at the World Cup in Qatar. The next edition will be different, however, and you will likely both love and hate some of the changes coming to what has been the most perfectly formatted tournament possible.

#5 Reason to hate it: more blowouts

FIFA has announced that the next edition of the World Cup will expand from 32 teams to 48 teams, which partly lends itself to one of the reasons to love it. However, the World Cup already has multiple early blowouts and this expansion increases the possibility of several more, thus watering down the game for the sake of making more money, thanks to 16 more games being played at the tournament.

The truth is that at any given World Cup, there are really only several nations that have a legitimate chance to win it all and a few teams that consider just making it to the tournament to be their ultimate achievement. Now, expanding to 48 teams will cause more embarrassment for some of those nations.

Every World Cup already has its share of blowouts, mostly in the early group stage, and that’s when the nightmares will happen in 2026 — thanks to many unavoidable mismatches.

As noted above, even though more teams qualifying for the finals will result in more blowouts, it will also result in something you will likely love about it, which is seeing nations compete in the finals that have either never made it there before or rarely made it before.

Although this is not a guarantee, adding 16 teams greatly increases the chances that 2026 will showcase multiple countries making their debut in the finals. If this year’s version were expanded to 48 teams, then at least five teams would be making their debut in the finals. Those teams include three that lost the last playoff game to make it, including Mali, United Arab Emirates, and North Macedonia (who shockingly eliminated Italy — hence why you don’t see the European Champions at this World Cup). They would likely have included at least two other teams who missed earning a playoff by just one game, including Finland and Albania. Historically significant nations of the sport, like Hungary, could have returned as well after a long absence from the tournament.

It also means more truly great players will make it.

This year, we were robbed yet again of seeing former African Footballer of the Year, Pierre-Emerick Aubameyang, at the World Cup because Gabon finished ONLY second in their qualifying group.

We were also denied seeing the man who many believe is the sport’s next superstar, 22-year old Norwegian Erling Haaland, who scored a record nine goals in one game at the U-20 World Cup in 2019 when Norway crushed Honduras 12-0. In Norway’s qualifying group for the 2022 World Cup, they finished just one game away from competing in the playoff.

#4 Reason to hate it: byes and potential collusion

FIFA has announced that not only will the World Cup expand to 48 teams, but that they will be broken down into 16 groups of 3 teams. This means that while two of the teams are playing each other, the other team rests. The first knockout game in the second round could also be between a team who is coming off one week’s rest against a team with just 3-4 days rest. The fact that FIFA has approved such an unbalanced tournament is puzzling.

The final group game will now also enhance the chances of collusion between the two teams, something that FIFA has strongly worked to prevent after the Disgrace of Gijón at the 1982 World Cup. It’s why both final games of every group have since been played simultaneously, preventing any possibility of knowing the result of the other game in advance.

Thanks to recent pushback, there is still a chance that FIFA reconsiders this poor decision and changes the format from 16 groups of three teams to 12 groups of four teams.

For the first time ever, there will be three different nations that will host games in one World Cup. The only other time multiple nations hosted the Cup was in 2002, when both Japan and South Korea hosted and mostly had the same share of games. 2026 will feature the United States with a vast majority of the games while both Canada and Mexico host some of their own.

#3 Reason to hate it: teams are only guaranteed 2 games

For 2026, instead of a team playing three games in the group stage, then possibly advancing to the 16-team knockout stage, FIFA is taking away the third group game and making the knockout stage 32 teams.

Of course, that means 16 teams will be eliminated having only played twice. It creates less room for error and it certainly doesn’t help if a team’s best player is injured for one game. Imagine someone being controversially red carded in the opener. His tournament could be completely over.

#3 Reason to love it: back to the summer

This year’s World Cup is unique for many reasons, not the least of which is that it takes place in November and December. Normally, the games occur in June and July, but this year’s schedule was changed because it was determined that the heat of the summer in Qatar would be too much to overcome for players. Thus, the games were moved to slightly cooler months.

The 2026 World Cup will bring the games back to the summer for the first time in eight years since Russia hosted the tournament in 2018. It also means that the regular football schedule for leagues around the world can go about their usual business as their schedules will not be interrupted like they were this year.

#2 Reason to hate it: more games decided by penalties

With an extra round in the knockout stage being added — a round that will include 16 total games — it’s almost a guarantee that we will see more games decided by penalty kicks. That’s not at all a good thing. Deciding who the best football team in the world is should not come down to penalties anyway. It’s one of the reasons why the group stage is so hugely important, because there is no extra time, so you can win, lose, or draw. Thus, after 3 games, you generally can see who the best teams are. Taking away a group game to add an elimination game just means more penalty shootouts are on the way.

FIFA also announced that it’s considering having penalties decide the winner of the group stage games that are still tied after 90-minutes. There would be no extra time in those games though, just straight to penalties.

#2 Reason to love it: it will be a special year for the host nation

When the Untied States hosts the 2026 World Cup, they will likely be in a major celebratory mood for another reason. It will be the 250th birthday of the USA. In fact, the tournament will be in full swing by the time America’s Independence Day arrives, with games very likely to be scheduled on July 4.

Whether or not the USA team actually plays on that day will be the luck of the draw, but when the USA last hosted the World Cup in 1994, they shockingly advanced to the knockout stage and played Brazil in the round of 16 on July 4. It was a total coincidence and, even though the USA lost, they were huge underdogs as Brazil squeaked out a 1-0 victory. Imagine if the USA team plays in 2026 on July 4? If that happens this time, we already feel bad for their opponent.

#1 Reason to hate it: more teams will likely be eliminated due to tiebreakers

With the foolish three-team group format, and 16 total groups, we are likely to see a handful groups end in three-way ties. All it will take is everyone winning one game and losing one game, which means that the first tiebreaker of head-to-head would not be utilized and that goal differential or even goals scored will determine who advances.

Imagine making it all the way to the World Cup, winning a game, finishing tied for first in the group, but being completely eliminated because of a tiebreaker. One would think that FIFA would rather avoid these scenarios, but they have instead chose money-making over fairness.

#1 Reason to love it: biggest crowds in World Cup history

Despite the World Cup in the USA in 1994 being the last time that only 24 teams played, it still holds the record for the largest accumulative attendance at 3.57 million. The number may finally be surpassed in Qatar but will certainly be surpassed in 2026, thanks to the additional games added to the tournament.

When Argentina defeated Mexico 2-0 in Qatar in front of 88,966 people, it was the largest single game attendance since the World Cup Final in the USA in 1994, when Romario and Brazil defeated Italy on penalties at the Rose Bowl in Pasadena in front of 94.194 people.

The largest single game attendance in World Cup history is the 1986 final, when Maradona and Argentina defeated West Germany 3-2 in front of 114,000 at Aztec Stadium in Mexico, the same stadium that will also host games at the 2026 tournament.

The crowds will only add to the energy and excitement that is the world’s greatest tournament, but by the time the 2026 World Cup happens, we hope some of these rules actually change so that we can love it and not hate it.