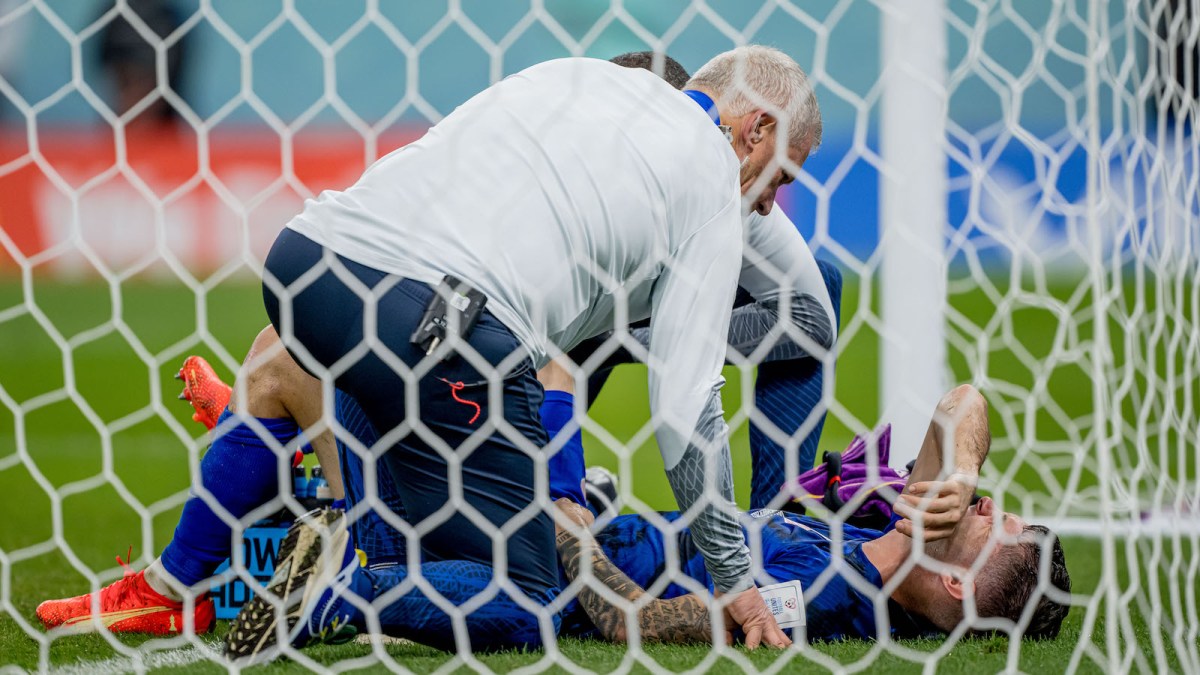 Move over Chris Evans, there’s a new Captain America in town, and he’s already proving he’s willing to sacrifice everything for his country. And we mean everything. That’s right, instant national hero Christian Pulisic literally took one for the team when he scored America’s winning goal against Iran in their World Cup match.

Talk about laying it all on the line. Pulisic charged into the goal and smashed into Iran’s goalkeeper with no regard for his own health, and all regard for America. He may have injured his balls but he won America’s heart in the process. A fair trade.

Oof. Tough hit. The country as a whole collectively winced in pain when we all found out Pulisic took a knee to the family jewels. Unfortunately he was unable to celebrate the historic goal, but he was carted off the field a true American hero.

The country has not been so collectively concerned about another man’s privates since Chris Evans transfixed the nation with his superhero posterior, aka “America’s Ass.” Let’s take a look at what an admiring nation had to say about it.

Here’s something official-looking but that also shows off Pulisic’s sweet Tiger tattoo.

These are the moments that define us.

Someone snuck into the hospital to capture this one.

Pulisic will be talking about his balls for the rest of his life.

He’s just built different is all.

Oh, and in case you’re wondering, he seems OK!

Pulisic’s goal cemented his team’s win and advanced America to the knockout stage for the first time since 2014. The team plays the Netherlands on Saturday.