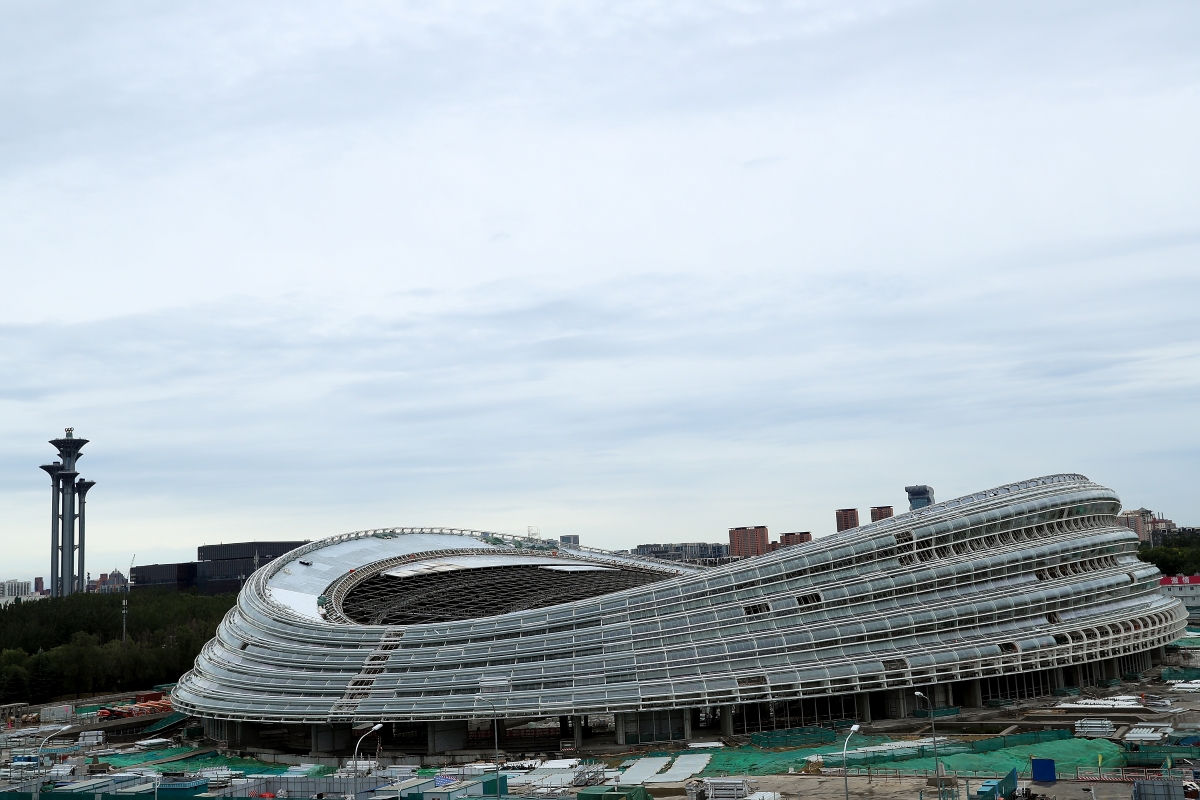 Real snow is at a real scarcity ahead of the 2022 Winter Olympics set to start in February in Beijing.

One reason is a lack of precipitation in the parched Chinese region, and the other is the mercury rising around the host city. The regions outside the capital city of Beijing hosting the majority of the snowy events — Zhangjiakou and Yanqing — are notoriously dry with rapid water evaporation.

On top of that, temperatures in the area are rising every year, leading to even less ideal snowfall for something like the Olympics. And it sure seems snow is the one thing the Winter Olympics can’t do without, what with skiing and snowboarding events needing that necessary white snow on the mountains.

But as Freddie Mercury (there’s that word again) once sang, “The show must go on.” To ensure this year’s games have enough pillowy powder to last through hundreds of athletes doing various events, Beijing is turning to a method used more and more around the world – fake snow, pumped out by artificial snow machines.

The mountains for the 2022 Games are being coated white by snow-making machines created by the Italian company TechnoAlpin. This isn’t the first Olympic games to use fake snow, either, as the 2014 Games in Sochi, Russia as well as the 2018 Games in Pyeongchang, South Korea both used artificial snow. However, this year’s Games will be the first-ever to rely 100% on artificial snow, according to Bloomberg’s coverage.

These machines weren’t plopped down recently to start cranking out millions of gallons of snow, either. This process began more than three years ago, with large-scale construction and installation of the snowmaking machines in three areas.

How exactly does this process create “snow” though?

The machines use a mixture of water and compressed air to form what is called nuclides, with snow guns ultimately atomizing the water into fine droplets that combine with the nuclides and freeze into small snow crystals that float down to the ground. The chemically-treated water is made to resist melting, so after the machines spray the snow-like substance up into the air to simulate it falling onto the ground, it becomes a denser, harder version of real snow, according to a HuffPost report.

Additionally, environmentalists worry about the amount of water China, which already suffers water shortages, will need to produce all that fake snow for the Olympics and the region in general, which is being transformed into a tourist destination. Carmen de Jong, a geographer at the University of Strasbourg, told Bloomberg, “There is bound to be some impacts in a region where there is nearly no water in the winter.”

More than half of Zhangjiakou is considered “highly water stressed,” according to a report by Hong Kong environmental group China Water Risk and estimates say that it will take upwards of 49 million gallons of water to blanket the mountains for the games,

With so much money on the line, along with political and health concerns, environmental concerns are another issue in the backdrop to the 2022 Games as they press ahead.

The snow solution means that come hell or (no) high water, the Games are set to begin on time on Feb. 3 and you can find out where to watch them here.