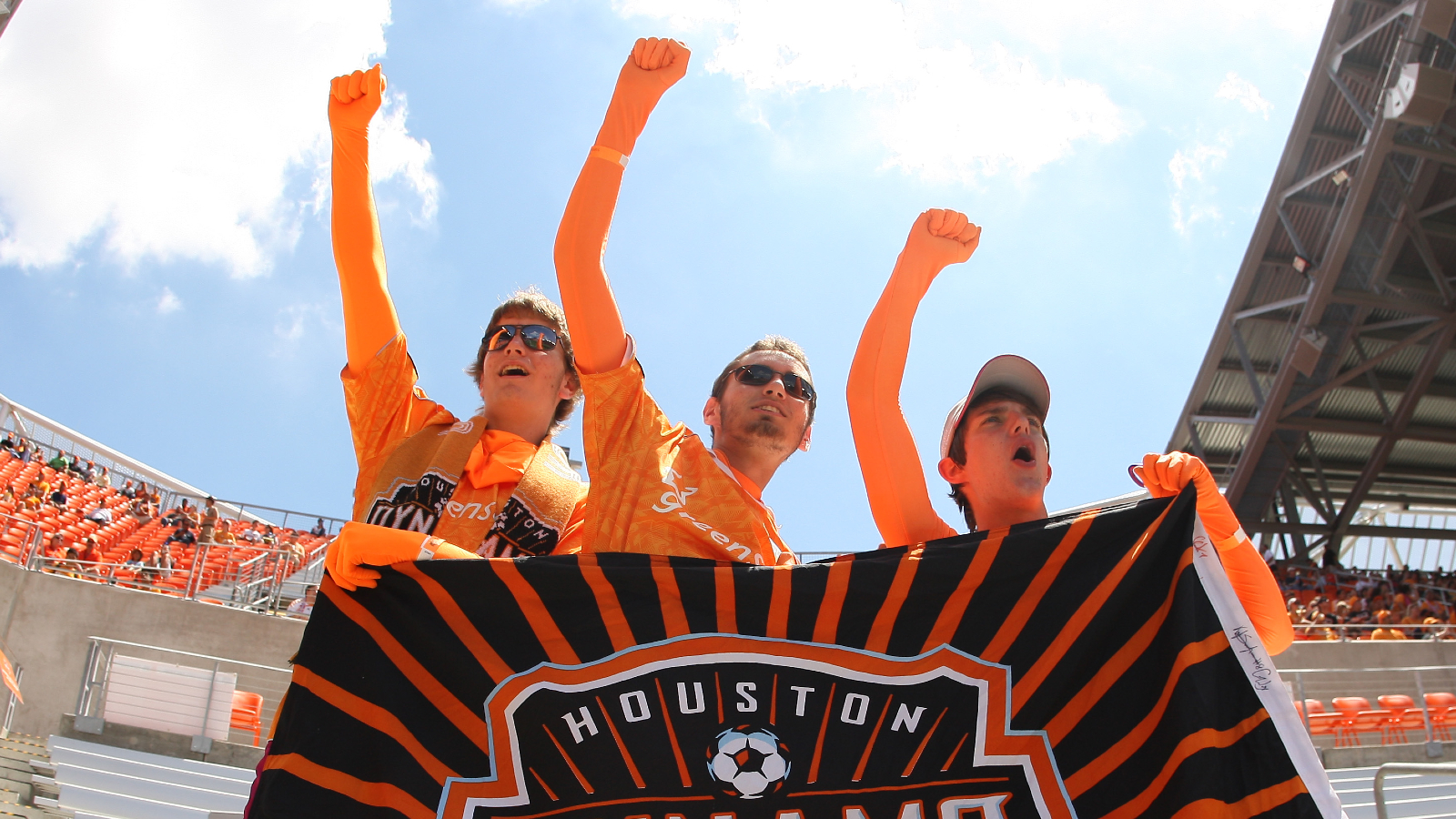 From coast to coast and plenty in between, more than a dozen US cities are hoping to become a host city when the FIFA World Cup comes to North America in 2026.

The only thing known about which cities will get to play home to the world’s biggest soccer tournament, with an expanded field of 48 countries competing four years from now, is that games will be hosted across all three North American countries — Canada, Mexico, and USA.

All three countries have cities that submitted their candidacy to be a host city for games, including the World Cup Final, and while there is plenty of speculation around which major cities will gain the right to host matches based on their current infrastructure and more (ahem, New York and Los Angeles, ahem), there still remains a chance for all sorts of cities with the proper stadium and layout to be a host city for the 2026 World Cup.

The World Cup field is expanding after the 2022 games, which will mean more cities and matches overall for the North American version in 2026.

Which cities are candidates?

As mentioned, host stadium is a huge factor when considering which city will become a host. Of course, having the capability to be a soccer stadium is a huge plus, as converting a US football field to a soccer field isn’t easy, but it’s not impossible either.

Let’s run through the candidates quickly and the stadium they would use for hosting, then we’ll double-back to consider whether that stadium is fitted for football, er, soccer at the moment (and keep in mind four years is still a long ways away).

In the US, there are 16 candidate cities being considered for a spot.

Both Mexico and Canada have three cities each up for candidacy to be a host for the northern and southern countries of North America, and it’s likely that all six will be involved in some way, shape, or form. As one of only five countries to host the World Cup twice (along with the USA), Mexico seems a lock to get all three cities confirmed, whereas Canada could still wind up with only two of three as the US gets an extra city, or maybe one of its cities (likely Edmonton) would only play a small role.

How many cities get selected overall?

There is no precedent for an event like this, and the overall number of cities selected to be hosts across the three countries is not set in stone anywhere, although it seems to be set at 16 with a chance that it be as many as 19.

It’s all but guaranteed that Mexico and Canada will see games awarded to their six combined cities, leaving 10 to pick for the US. As mentioned above, maybe the US gets 11 (or even a surprising 12) which would change the structure.

Considering all three countries have hosted World Cups (men’s and/or women’s) in the past, they all know how to handle it and what to expect.

This is the first time three nations have hosted one World Cup, though.

As there will be 80 matches overall, it looks like the US will welcome 60 of those with 10 each going to Mexico and Canada.

How and when to watch?

The announcement of the host cities will come this week, while several (if not all) of the cities involved are hosting various watch parties in their cities.

Traditionally, the World Cup has played out over the course of 32 total days, which would put the finale in July. The 1994 World Cup was held from June 17 to July 17.

Bear in mind the weather during the summer months in some places. In the south, it could be extremely hot, but a lot of stadiums have roofs these days or would play host in the evening when it’s cooler.

Yet that also puts teams in other locales at a disadvantage because FIFA wants good weather during the bigger matches — the semifinals and finals — meaning that a stadium without a roof, like New York for instance, could lose out to somewhere with good local transportation and a roof, such as Dallas.

“In line with the previous stages of the FIFA World Cup 2026 selection process, any announcement will be made in the best interests of football, taking into consideration the needs of all stakeholders involved, as we aim to lay the foundations for the tournament to be delivered successfully across all three countries,” FIFA vice president and CONCACAF president Victor Montagliani said in a statement on FIFA’s website.

“We can only reiterate our appreciation to all the cities and the three member associations for their efforts and dedication to this process.”

Going back to 1994, there were nine host cities in the US, and of those only Detroit and Chicago are out of the running to host in 2026. Furthermore, several of the stadiums used in host cities (looking at you, Pontiac Silverdome in Detroit) are now considered obsolete and replaced, except for the Rose Bowl in Padadena, Calif.

Let’s look at the US cities again, this time by sorting which stadiums already host soccer matches regularly via an MLS team, and which cities have hosted World Cup games in the past.

Remarkably, even though a majority of the bidding cities are home to an MLS team, there are only three of them in which the stadium would be big enough to support a World Cup crowd in the bidding city or area that doesn’t double as the host for another sporting team: Atlanta, Boston (Foxboro), and Seattle.

Plenty of MLS teams are regional as well, so they might seem to “belong” to a city they aren’t actually playing in that city, such as the Colorado Rapids (Commerce City), FC Dallas (Frisco), Inter Miami FC (Fort Lauderdale), and Philadelphia Union (Chester). Both New York and LA have second clubs that play outside the respective cities.

New York City FC play in Yankee Stadium, which is large enough, but the Yankees of the MLB play there during the summer, so it wouldn’t make sense, which is why the home of the NFL’s Giants and Jets, MetLife Stadium, would be the host stadium.

The other cities, while being home to an MLS club, have stadiums that would be too small for large crowds, such as the Banc of California Stadium that plays host to Los Angeles FC and only has a capacity of 22,000, so other stadiums are being considered.

The only US city up for consideration without an MLS team is San Francisco.

So which cities will it be?

With all that said, if it’s down to 10 teams from the US to be hosts for the ’26 World Cup, we feel like based on geography, city infrastructure, stadium layout and capacity, and overall soccer fandom, these six cities will be left out — Boston, Cincinnati, Nashville, Orlando, Denver, and Baltimore/Washington D.C.

That would leave three West Coast cities: LA, SF, and Seattle; three in the Central/Southwest: Dallas, Houston, KC; and four on the East Coast: Boston, NY/NJ, Philly, Atlanta, and Miami.

Atlanta is best suited for the biggest matches, and set the MLS record for attendance at one match when 73,019 fans showed up for the 2018 MLS Final, and that record was only eclipsed this year in Charlotte of all places, with a crowd of 74,479 for a match against the LA Galaxy in March. It was the first home game for the expansion Charlotte club, which explains it.

Atlanta has hosted an Olympics previously and as we said earlier, their home stadium is already the same stadium for their MLS club, giving them a leg up.

Still, Atlanta lacks the allure of some other big cities (unfortunately).

The rise of the MLS came as part of the effort for the US to win the rights to the 1994 World Cup, with its announcement coming in 1993 and league play beginning in 1996, after the ‘94 World Cup was held in the US. That has steadily lifted soccer fandom to new heights stateside, and with the expanded field of play for the 2026 event, the chance for the ’26 World Cup to garner the largest crowds in history isn’t outside the realm of possibility, something those involved will definitely be considering as they figure out which cities make the most sense to host the most, and biggest, games to come.

“The host cities will be absolutely key to ensuring the successful delivery of the competition. We look forward to working with them to deliver what will undoubtably be the largest FIFA World Cup in history,” said Colin Smith, FIFA’s chief tournaments and events officer.