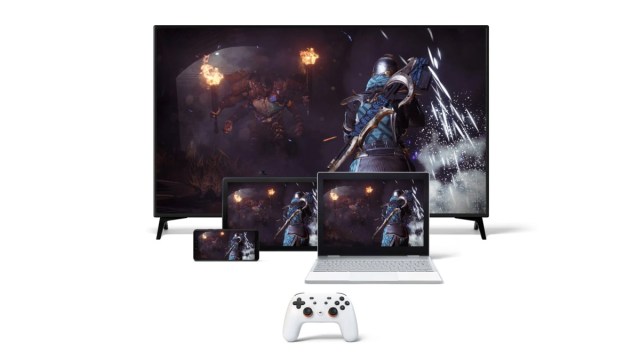 The future of gaming is…over. Google has announced that its much trumpeted cloud-gaming service Stadia will shut down in early 2023.

When the platform was announced, it seemed for one golden moment that the future of gaming had arrived. That’s what Google confidently told us. But before consoles could start quivering under TVs, many gamers and experts saw challenges ahead — not least the perils of writing about the service’s brand name in the singular.

Three years after the launch, the press release from Phil Harrison, General Manager of Stadia in September 2022 didn’t come as much of a surprise.

The consumer gaming service, as the statement put it, just “hadn’t gained the traction with users that we expected.” As Harrison praised the gamers who had joined and staff who would continue Stadia’s work in other areas of Google, he signaled what subscribers can expect as Stadia winds down.

It was a sorry end for Google’s giant leap into gaming, although the tech giant hadn’t much experience in the industry when it made that leap.

Amazon was developing Luna and had locked down Twitch. Microsoft had XBox and was emphasizing xCloud across console and PC. Google, of course, had Android and big ambitions to make the most of its vast audience.

The result was Project Stream, which morphed into Google Stadia at launch in November 2019.

At its peak, the service allowed access to about 300 games, which users could purchase through subscription alongside a rolling roster of free games while their subscription was active. From December 2020, subscribers could also access Ubisoft+, allowing them to play that publisher’s games on the platform.

The service was accessible through Chromecast Ultra, Android TV devices, the Chrome web browser, and other Chromium-based browsers. Access was also possible via the Stadia app on supported Android smartphones and — as of late 2020 — the Safari browser via a Google app.

Google made sure there was something physical to pin their cloud-based service on. Stadia’s simple controller featured two standard thumbsticks, a directional pad, and 11 buttons.

The appeal of the space and pulling gamers into their subscription service was clear, but there were many question marks, and certain factors are thought to have limited Stadia’s life to three years.

Stadia suffered from a limited game library, which is always tricky with a subscription model. They also shunned first-party titles meaning they had none of the heavy-hitting launches that consoles have made essential. There was the suggestion that Stadia pursued some high-profile exclusives, but nothing hit home.

Running a cloud-gaming platform is incredibly expensive, which may have been why Google decided to run on Dubian Linus servers as opposed to, say, Microsoft servers. The thing is, developers have long been reluctant to port their games to the Linux operating system – it’s a long and arduous process for potentially very little reward.

The least surprising challenge was the mature market Google took on. Google needed to attract a massive audience to its platform, fighting off some significant competitors who were doing the same. They never really managed to answer the essential question, why should a gamer switch from a triple-A title that they already own on an expensive and highly-powered console? That had to be a longer game than three years.

Then there was the downward spiral of publicity. If you’re a company as large as Google and you make massive statements about the future of gaming, you’re going to attract attention. That was the point. So it was an acute problem when cracks started to show in the company. As soon as 2021, the Stadia platform started cutting back. Signs weren’t good for game development when Stadia Games and Entertainment closed on February 1, 2021, causing Typhoon Studios to shut its doors.

Some high-profile departures followed as it looked like Stadia’s model was pivoting. A new revenue share program designed to attract developers followed, as did the ability for other companies to white-label the technology – that is, brand it and sell it as their own.

Rumors of Stadia’s collapse had been rumored for some time. Although Google has kept its cards, presumably not playing cards, close to its chest since the summer. The failure of such a hyped and expensive campaign is pretty embarrassing, especially for a tech giant — no wonder the official account responded to rumors of Stadia’s demise in pretty emphatic terms in July.

The future of ‘the future’ of gaming

That was just two months ago. Unsurprisingly, Twitter was not the most sympathetic place after the news broke. Still, the blow is softened by the tech giant offering all users a full refund on software and hardware purchases. That’s a huge outlay and a big operation for the next two months to meet the suggested mid-January 2023 deadline, showing Google wants to part with subscribers on the best terms possible. As the statement says:

“We’re grateful to the dedicated Stadia players that have been with us from the start. We will be refunding all Stadia hardware purchases made through the Google Store, and all game and add-on content purchases made through the Stadia store. Players will continue to have access to their games library and play through January 18, 2023 so they can complete final play sessions. We expect to have the majority of refunds completed by mid-January, 2023.”

While the move has been blamed on a lack of user traction and Google’s attempt to narrow its focus, the statement is upbeat that the Stadia era hasn’t been a complete waste. There are potential applications for the technology in other parts of the business, including YouTube, Google Play, and Augmented Reality.

The statement also suggests there will be applications of the ‘foundational Stadia streaming technology’ outside Google — so the legacy of Stadia is worth keeping an eye on.