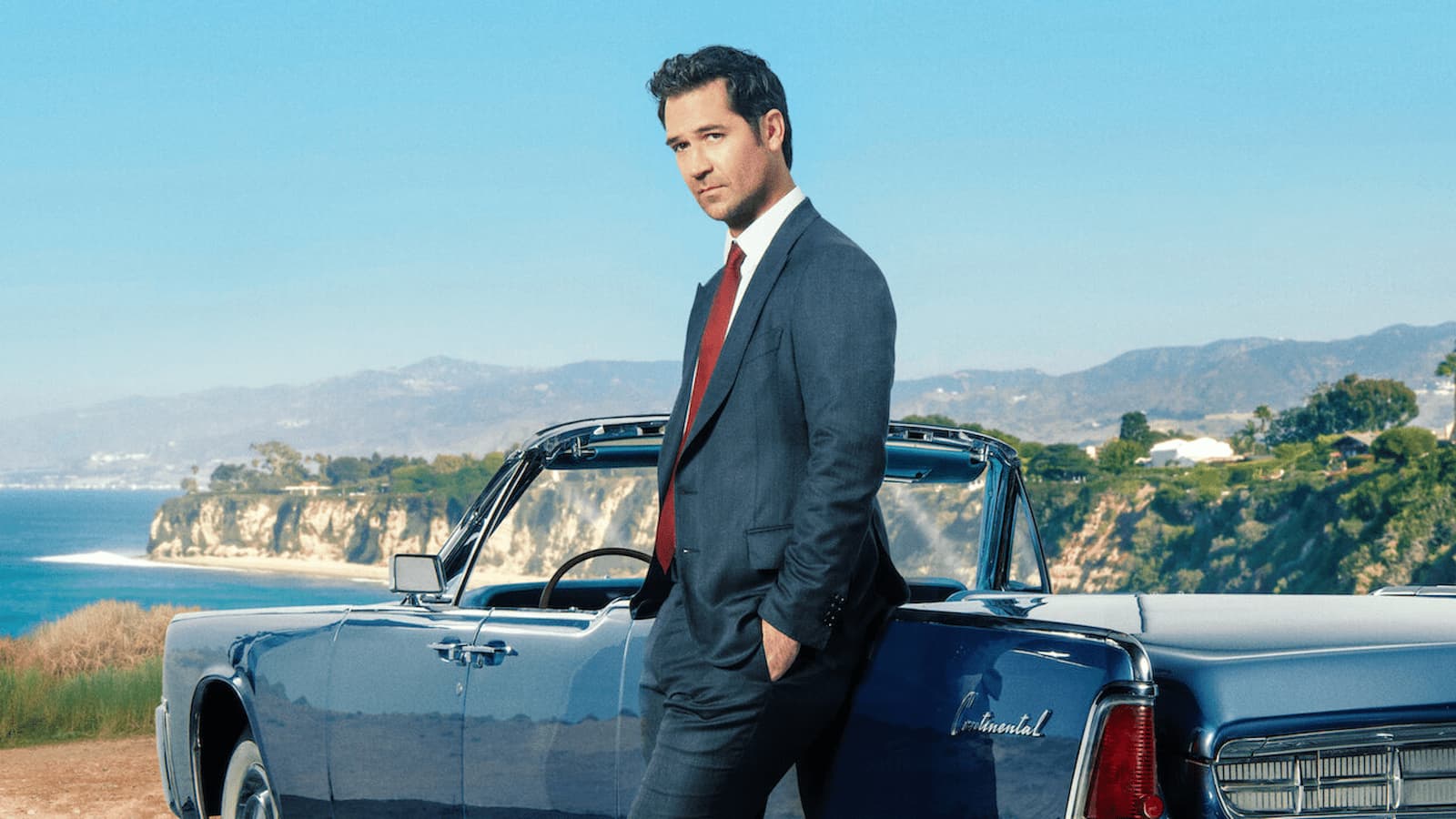 The Lincoln Lawyer, a new Netflix series adapted for television by longtime writer and producer David E. Kelley, is rising in popularity.

The series is based on the Michael Connelly series of novels that focuses on lawyer Mickey Haller. It directly adapts the second book in the series, The Brass Verdict. A film released in 2011 titled The Lincoln Lawyer, directed by Brad Furman, adapted the first novel on the same name. Haller was played by Matthew McConaughey in the film.

The Netflix series follows Haller, played by Manuel Garcia-Rulfo, as he attempts to rebuild his law career after a drug addiction problem. After an old colleague is murdered and Haller is bequeathed his practice, Haller attempts to balance his new cases and his family, while the mystery of why his colleague was murdered is unraveled. Neve Campbell stars as Hakker’s first ex-wife Maggie McPherson, while Becki Newton stars as his second ex-wife Lorna Crain.

If you have finished binge-watching the first season of The Lincoln Lawyer, here are 10 fantastic shows to watch next.

Bosch starred Titus Welliver as Hieronymus “Harry” Bosch, an LAPD detective. Bosch ran for seven seasons on Amazon Prime from 2014 to 2021. Bosch was also a character created by Michael Connelly and the series loosely adapts the novels, bringing them into the present day. Bosch is the half-brother of Mickey Haller and does appear in the original novel that the Netflix series was based on, The Brass Verdict. Because Amazon holds the rights to Bosch, the detective does not appear in the series.

Nonetheless, Bosch does still adapt Michael Connelly novels, so the stories share the same vibes as The Lincoln Lawyer. The twist and turns in the series are solid, with Welliver’s performance as the veteran and gritty detective a standout, making Bosch worth a watch.

The Good Wife is a legal drama that ran for seven seasons from 2009 to 2016. It followed Alicia Florrick, played by Julianna Margulies, as she dealt with the fallout of her husband’s political scandal and rejoined the workforce as a lawyer. The series played with satire as a number of cases seemed to be pulled from the headlines.

More recently a spinoff of The Good Wife was made, The Good Fight, which is much more political than its predecessor. The Good Fight follows Diane Lockhart, played by Christine Baranski, as she starts anew in a different law firm. Both The Good Wife and The Good Fight are great legal dramas which should scratch your legal itch, with interesting cases and some of the most layered characters ever to hit television screens. Both shows are available on Paramount +.

Suits ran for nine seasons between 2011 and 2019. Suits followed Mike Ross, who was played by Patrick J. Adams, as he joined lawyer Harvey Specter, played by Gabriel Macht, to help close cases. Ross was not a lawyer himself; he simply possessed an extraordinary eidetic memory, and concealing the fact that Ross did not have a law degree was a main plot point of the series.

While Suits is a legal drama, it has its fair share of comedy, more so than The Lincoln Lawyer. Suits has its ups and downs, particularly when Mike Ross and Rachel Elizabeth Zane, played by Meghan Markle, got married in the series and Mike only returned for the final season. Suits contains enough procedural elements to sustain and fan of The Lincoln Lawyer and it is available to stream on Peacock or Amazon Prime.

Perry Mason released one season so far in 2020. The HBO series is based on the work of Erle Stanley Gardner, who wrote a series of stories about a fictional lawyer, Perry Mason. There have been a few different versions of Perry Mason throughout the years, but this version stars Matthew Rhys as a younger version of the titular character who starts off as a private detective.

While The Lincoln Lawyer has Haller deal with his drug abuse, Perry Mason deals with his trauma from The Great War. Even though the series is a period drama, Perry Mason shares similar themes with The Lincoln Lawyer. The two shows feel extremely similar, even to the point where the characters are both based in Los Angeles, although they take place 90 years apart.

One of the best shows on television right now, Better Call Saul is currently airing its sixth and final season. The Breaking Bad prequel, created by Vince Gilligan and Peter Gould, focuses on the character Jimmy McGill, or as we come to know him, Saul Goodman, as played by Bob Odenkirk. The series sees Jimmy as an out-of-work, broke public defender as he slowly rises to become the Saul Goodman we come to know him as in Breaking Bad.

While some of the show focuses on other characters from Breaking Bad and their involvement in the drug business, the law aspect Better Caul Saul is still a focus of the show. McGill’s trickery and shadiness when it comes to his cases are thoroughly entertaining, both comedically and dramatically. Even if Better Call Saul does not focus on cases as much as The Lincoln Lawyer, it’s still a great reason to watch one of the best shows on television, which you can watch on AMC.

The long-running television drama is long-running for a reason. Law & Order ran for twenty seasons between 1990 and 2010, before returning for its twenty-first season in 2022. The entire cast of the series is an ensemble of characters who were replaced over the years. Law & Order consists of two parts: Law, which follows the police detectives investigating the crimes; and Order, which follows the prosecutors who try and put the bad guys away.

While Law & Order is extremely procedural in nature, it has had more than its fair share of great episodes. Depending on which seasons you watch, you grow to like the characters. Law & Order is easy to binge-watch, with cases ripped straight from the headlines, albeit most of the headlines are ove10 years old. Law & Order is still running and you can watch it on NBC.

Goliath is a legal drama created by David E. Kelley, who adapted The Lincoln Lawyer for Netlfix, and Jonathan Shapiro. Billy Bob Thornton stars as Billy McBride, a washed-up lawyer who spiraled after a murderer he successfully defended kills an entire family. He initially goes up against the law firm he helped start in an attempt to redeem himself. Goliath ran for four seasons from 2016 to 2021.

Darker than The Lincoln Lawyer, Goliath has more of a focus on corruption and murder. This admittedly causes much more drama than in The Lincoln Lawyer. Thornton’s performance as McBride netted him a Golden Globe for best actor in a television series in 2017. Goliath is available to stream on Amazon Prime.

Yet another David E. Kelley series makes its way onto this list: The Practice, which ran for eight seasons from 1997 to 2004. Interestingly, Kelley wrote this and his other legal show Ally McBeal at the same time and won two Emmys in 1999, one for Outstanding Comedy Series and one for Outstanding Drama Series. The Practice starred Dylan McDermott as Bobby Donnell, the partner of the Boston law firm in which the series is set.

The series shared a theme with The Lincoln Lawyer as both pose a question about the moral justifications of lawyers who represent criminals, and the lengths lawyers are willing to go to. The Practice did have a funnier spin-off Boston Legal that starred William Shatner, James Spader, and Candice Bergen. You can watch The Practice on Hulu Plus.

Rake is an Australian comedy-drama television series that ran for five seasons from 2010 to 2018. Rake starred Richard Roxburgh as Cleaver Greene, an eccentric and brash barrister, based on two barristers in Sydney. The character was an extreme narcissist but great at his job. Think of Rake like Dr. House from House M.D., except if he was a barrister.

Unlike The Lincoln Lawyer where Haller is extremely likable, you love to hate Greene. Both characters are, however, great at their jobs. There was an American remake of the same name that starred Greg Kinnear. This was not as good as the Australian version and was canceled after one season.

Franklin & Bash ran for four seasons between 2011 and 2014. It starred Breckin Meyer, as Jared Franklin, and Mark-Paul Gosselaar as Peter Bash. Franklin & Bash was a comedy that saw the two lawyers Franklin and Bash work together in unconventional ways to defend their clients, much to the chagrin of some of their straight-laced colleagues.

Franklin & Bash might be the funniest series on this list, which might also make it the most unlike The Lincoln Lawyer. The two series, however, deal with similar themes, and while rarely wandering into dramatic territory, Franklin & Bash shares the light hearted and fun feel of the Netflix’s series. You can watch Franklin & Bash on TNT.

Those are some great legal shows that are similar enough to The Lincoln Lawyer. Hopefully, Netflix does not prematurely cancel this series and we get a season two. The Lincoln Lawyer is currently available to watch on Netflix.