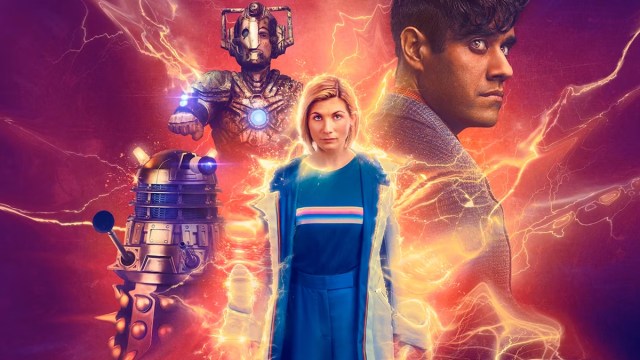 The BBC turned 100 years old on October 18. A century ago, the British Broadcasting Corporation was founded under Royal Charter with a directive set by its first general manager John Reith to “inform, educate and entertain.” Ten decades and many milestones later, that remains the Beeb’s aim across TV, radio, and multimedia.

It’s no surprise that the world’s oldest and largest national broadcaster has served up some significant television moments. It transformed national time-keeping with radio pips airing from 1924, 12 years before it launched the first TV service in the world. The first foreign language service, the first Olympic broadcast, and the first color channel in Europe followed.

You’d expect the BBC to serve up a host of celebratory programs on TV and radio to celebrate its 10-karat diamond birthday, and they’re not going to disappoint. The Corporation has lined up centenary specials to air between October 22 and 29, and here’s the pick of the special shows it has planned.

Doctor Who: The Power Of The Doctor

The BBC’s flagship sci-fi show is returning to celebrate 100 years of the Beeb and bid farewell to the first female Doctor. Jodie Whittaker’s Thirteenth Doctor will bow out in an epic 90-minute special that will bring her deadliest enemies together on screen for the first time.

The Daleks, the Cybermen, arch-nemesis the Master, and classic companions Ace and Tegan are pitching up in a time and space adventure that will take the TARDIS from the edges of a distant galaxy to pre-revolutionary Russia in 1916. As for the next Doctor, we know Ncuti Gatwa is inheriting the keys to the blue police box, but that may not happen for a while. We know David Tenant is returning to the role for episodes that lead to or celebrate the show’s 60th anniversary in 2023. How the show juggles the Doctors in the traps will make the last 10 minutes of this feature-length episode unmissable.

The show that got the world dancing at prime-time with an impressive line of global spin-offs, Strictly Come Dancing celebrates a remarkable 20 seasons this year. As part of the centenary celebrations, celebrities and their professional dance partners will take on an unbelievable challenge during the October 22 live show.

The remaining pairs will dance to iconic theme tunes of some of the BBC’s biggest shows. Expect a Charleston to the Blue Peter shanty, a paso doble to The Apprentice‘s classical intro, and a foxtrot to the familiar piano and percussion-led theme of the Beeb’s flagship soap Eastenders.

Perhaps most eyes will be on some of the show’s favorites dancing the tango to the Doctor Who theme. The Sunday result episode will feature a group dance that pays tribute to the BBC’s incredible legacy in natural history.

One of the BBC’s biggest global brands has been putting cars to the test since 1977. Current presenters Freddie Flintoff, Chris Harris, and Paddy McGuinness will be heading back to the Beeb’s roots for the centenary.

A special episode will see the trio take on 1920s motorsport and dig into the history of BMW’s legendary M-car series.

It may be a recent addition to the schedule, but The Repair Show has quickly become a favorite. A kind of nostalgic A-Team, the show sees brilliantly talented craftspeople in rustic workshops in the Sussex countryside help people bring family treasures and much-loved antiques back to life.

It’s a peaceful and captivating watch, and it’s going regal for the BBC’s 100th. The show’s lead Jay Blades and his expert team will visit Dumfries House in Scotland and meet King Charles III (although it was filmed before his accession).

Antiques play a big part in the BBC’s watchable content, not least Sunday night staple, Antiques Roadshow. For the centenary, the four-decade-old documentary show is heading to the birthplace of TV — Alexandra Palace in London, the venue from which the BBC first broadcast.

Stars of classic shows will be on hand, as will some legendary TV memorabilia. See what the experts make of an original script from the classic radio show Hancock’s Half Hour, costumes from 1980s Eastenders, and Del Boy’s Ford Capri from the much-loved sitcom Only Fools and Horses.

If you’re up for some more antique celebrations, there’ll be a special celebrity episode of the auction game show Bargain Hunt too.

The BBC’s flagship quiz show couldn’t let the anniversary go. The Corporation has developed and nurtured legendary panel shows and quizzes over the years, like The Weakest Link, I’m Sorry I Haven’t a Clue and University Challenge.

Although this special of the BBC’s latest primetime game show hit is set to air slightly after the anniversary, it promises to be a celebrity edition featuring legendary stars from classic BBC shows.

The Love Box in your Living Room

Classic BBC shows and moments will come under the microscope of iconic comedians Harry Enfield and Paul Whitehouse. Expect some “genuinely authentic made-up stuff” to skewer the BBC’s first century in this exclusive sketch-based commission.

Fans of the duo’s celebratory special Harry and Paul’s Story of the Twos — which celebrated 50 years of BBC 2 — will know what to expect.

The children’s smash hit wouldn’t miss the BBC’s centenary. The Horrible Histories crew is on hand to delve into the corporation’s century this October. Expect a unique spin on legendary moments like the job application of original Director General Lord Reith and a trip to Queen Elizabeth II’s Coronation. Informative spins on classic kid shows are on the cards, too, including Bill and Ben, Tracy Beaker, Swap Shop, and the obligatory Doctor Who.

Like any good network, magazine shows have been an essential part of the Beeb’s schedules for decades. Evening regular, The One Show is set to be rebranded The One Hundred Show for the week, bringing special guests to highlight the BBC’s 100 years of nurturing talent.

Morning Live will join the celebrations with dips into the Corporation’s incredible archive.

The BBC’s curious cinema strand has lined up interviews with incredible filmmakers to celebrate the centenary. Looking specifically at the role the BBC has played in nurturing amazing talent, expect interviews with award-winning directors, including Steve McQueen, Mike Leigh, Ken Loach, and Sally El Hosaini.

The above shows and a host of other centenary specials will air on the BBC network, including BBC iPlayer and BBC Sounds, starting October 22, 2022.