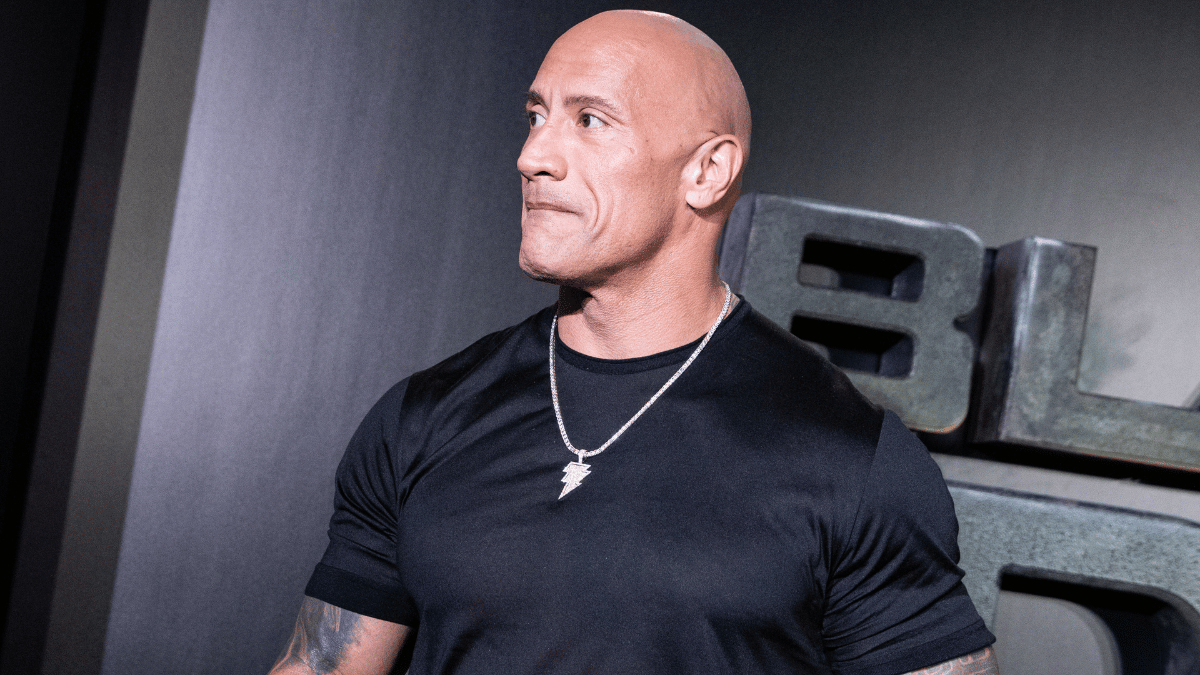 We like to take the good news with the bad around here, and while it absolutely sucks that we lost Henry Cavill in his iconic roles as Superman and Geralt of Rivia, it may or may not have lead us down the road which led to the Man of Steel actor starring and executive producing a Warhammer 40K series for Amazon.

In the spirit of giving actors who have been scorned by James Gunn wiping DC’s slate clean new jobs, we thought it might be fun to cast Dwayne Johnson in the upcoming franchise, as a few of the many different characters in the expansive Games Workshop universe. After all, Johnson did his best to get Henry Cavill back in the Superman role, it only seems right to return the favor.

Granted, this may not be such an easy task, considering that Johnson only ever tends to play slight variations of himself in the various roles he takes, and is almost never wearing a helmet. Given the depth and breadth of Warhammer lore and characters, its high science-fiction and fantasy setting, and the fact that Johnson always seems to want to have his face on display, it may be near impossible.

But damn it, as far-fetched as the prospect is, we’re going to try anyway. However, we’re likely to take some liberties. Without further ado, seven characters which Dwayne Johnson could try his hand at in the Warhammer universe:

The second-in-command to Captain Titus could be a possible fit for The Rock, if the actor is content with playing a 2IC role, which we doubt. The pitch here may be that Sidonus is a battle-hardened warrior who knows a thing or two about warfare, and he’s mostly bald. Though, Dwayne Johnson may still be a hair (no pun intended) too young to take up the mantle.

Dwayne Johnson doesn’t have all that much of a penchant for playing extremely murderous roles, and Kharn is about as murderous as they come. Also, he wear a helmet, which is another strike against Khârn. Still, if The Rock doesn’t mind concealing his face and flexing beyond his typecasting, it could at the very least be interesting to see him portray the infamous World Eater.

Dwayne Johnson as Dante seems ever so slightly less far-fetched and seems to play into his wheelhouse a little more than other options on this list, given the character is one of the most experienced and oldest Space Marines leaders. It’ll involve a little bit of makeup and perhaps even some CGI effort, but we can see it. Although, it may obscure Johnson’s moneymaker, which we’re not so sure he’d be down with.

Here’s another possible leadership role for The Rock, albeit leaning a little more heavily into the antithesis of roles that Johnson takes. As the Warmaster of Chaos, Abbadon the Despoiler very much falls a fair bit deeper into the grimdark parts of Warhammer’s world. Still, he’s a tough cookie, so if the Rock’s usual contractual stipulation of never losing a fight onscreen is legit, this could be a good role to shoehorn him into.

The role of Supreme Grandmaster of the Grey Knights Space Marine chapter sounds like a role which could potentially be right up Dwayne Johnson’s alley. Yep, being a transcendent and powerful leader seems like something that he’d be into. Not to mention that he somewhat already has the look down, based on artwork and miniatures depicting the character.

Again we swing the pendulum back in the other direction, this time casting The Rock as a transcendent Chaos character. Considering that Archaon has often been described a bit of an edgelord, this seems like another role that could potentially be a good fit for the Black Adam actor, assuming again that he’s up for steering a little further into the grimdark side.

Yes, it’s a space fortress/vehicle and inanimate object. But it’s too obvious, is it not?