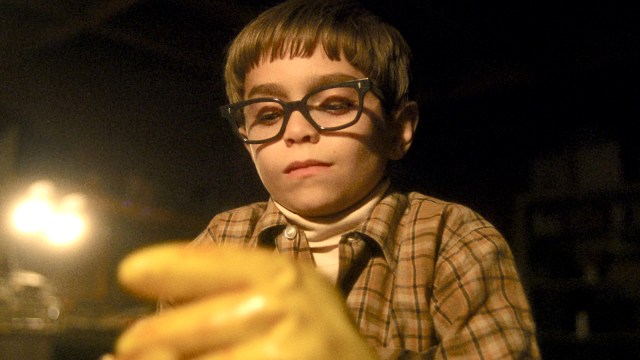 Do Bad Guys finish first? Or second? According to last week’s Netflix statistics, the streaming service’s second-biggest hit ever is a biopic of one of the most notorious serial killers of all time. Not only has Dahmer – Monster: The Jeffrey Dahmer Story logged  205.33 million hours of viewing time worldwide it’s also finally scored an unmistakable hit for Ryan Murphy — and perhaps justified the company’s $300 million deal that was inked in 2018.

Despite a slew of network television hits, such as Glee, Popular, and American Horror Story, Murphy’s deal with Netflix has been something of a white elephant for the company over the last few years. Murphy’s Netflix output, which includes Hollywood, The Politician, Halston, and Ratched, has pulled in fair to tepid reviews and little audience engagement. But Dahmer appears to have changed up the game.

Murphy’s new stats put him just past Shonda Rimes’ Bridgerton and though he’s still several million views shy of the numbers of the current number one, Stranger Things‘ season four, the true crime story of Milwaukee’s notorious Dahmer, played in the film by frequent Murphy collaborator Evan Peters, is an unqualified success for Netflix. And that’s despite, or perhaps even because of, the controversy that has surrounded the series since its debut.

The families of Dahmer’s victims have largely taken to social media to express their concern over the project claiming it sensationalizes its subject and that it is re-victimizing them. “I’m not telling anyone what to watch, I know true crime media is huge rn, but if you’re actually curious about the victims, my family (the Isbells) are pissed about this show,” Eric Perry, cousin of Rita Isbell, tweeted. Isbell is the sister of Errol Lindsey, one of Jeffrey Dahmer’s victims.

Netflix itself had to back away from a tone-deaf gaffe when it tagged the series as LBGTQ. Yet the series’ popularity continues untrammeled.