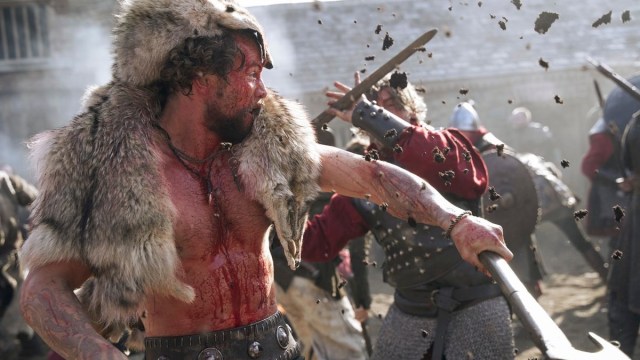 Netflix’s habit of canceling hugely popular shows with substantial online followings has attached a lurching sense of dread to almost every high-profile episodic effort, so those with a fondness for gruesome historical violence must have been thrilled when sequel series Vikings: Valhalla was given a 24-episode order right out of the gate.

Split into three seasons comprised of eight episodes apiece, the first run became a slow-burning sensation on the platform by enhancing the original Vikings series, which admittedly started to go off the rails towards the end once the death of Travis Fimmel’s Ragnar Lothbrok robbed the show of its heart and soul.

As per Netflix, Valhalla racked up over 265 million viewing hours during its first month of availability, so there’s hopefully no real danger of the blockbuster saga being killed off before its time. Up until recently, though, all we had to go on for a season 2 premiere date was “early 2023,” but the official Twitter account of the historical epic has now offered a date to mark in your calendar.

January 12 isn’t all that far away, and nothing will cure those early year blues better than watching your favorite handsome and chiseled warrior brutalize their way through a string of blood-soaked battles while also dealing with double-crosses, tenuous alliances, and no shortage of political intrigue?

Vikings: Valhalla may not be regarded as one of Netflix’s best shows, but it certainly has the potential to be one of the most popular, even if there’s always the chance “difficult second season” could sink in.