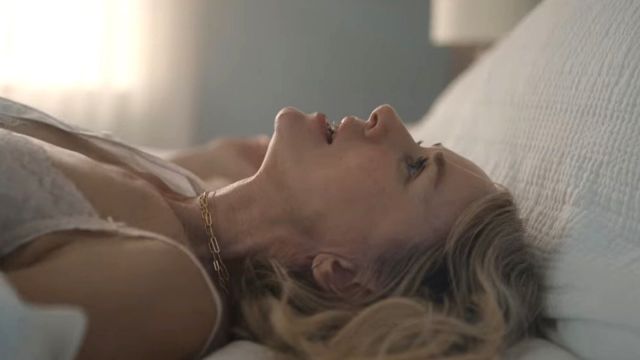 Netflix is back in the absolute number one across streaming, putting the sword to two major fantasy franchises by channeling their true crime strengths with The Watcher.

The Watcher has toppled both Amazon Prime’s The Rings of Power and HBO Max’s House of the Dragon, proving the original is sometimes the best when it comes to streaming. According to the latest Nielsen ratings, The Watcher saw a ridiculous 2.3 billion minutes viewed in the last week, firing it well and truly ahead of all its competition.

The second highest-ranked The Rings of Power saw half the viewership of Netflix’s true crime series with 1.13 billion minutes viewed, which is still a mightily impressive number. House of the Dragon, fully available after ten weeks of attention-grabbing headlines, was just below with 960 million minutes.

The Watcher’s success is further proof of how Netflix has nailed the true crime genre, allowing the right mixture of “true” with the adaptations while also channeling some more dramatization elements. The stalker mystry can also take far more liberties with its story than, say, Dahmer, due to its considerably less confronting nature.

On Netflix’s own charts (which track mobile devices, something Nielsen’s doesn’t), the series is still below other hits like Manifest, From Scratch, with it fluctuating around Dahmer since release. No second season has been greenlit yet for The Watcher, with the real-life story wrapped up in the first season.

Other Netflix originals to hit Nielsen’s top ten included The Blacklist, The Midnight Club, Luckiest Girl Alive, and Dahmer. The Jeffrey Dahmer series was third on the charts, with 1.10 billion minutes.

The Watcher is available to stream on Netflix.