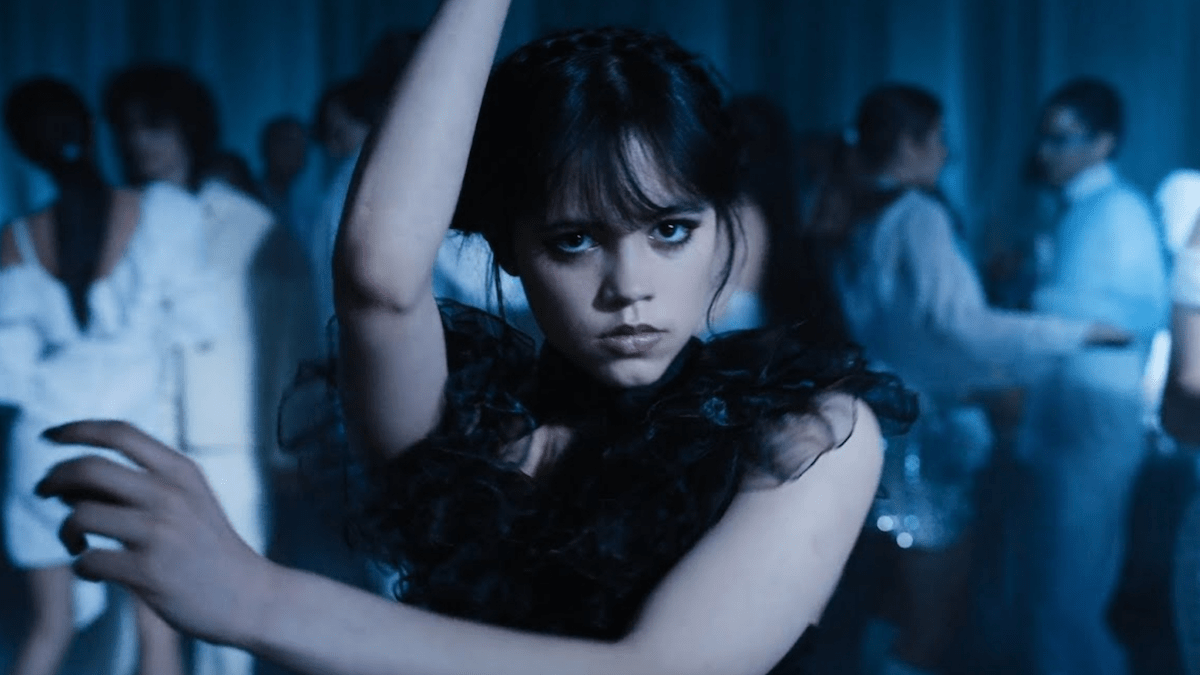 There’s a reason Wednesday on Netflix is standing out to so many people. The hit show is brand new, but fans are binge-watching the episodes with tons of eagerness for future seasons to be released. Since Wednesday consistently lands in Netflix’s Top 10 list, it’s obvious that the show is doing well, and will continue to do so if future seasons are announced.

One of the details of Wednesday that makes it so much more enticing is the fact that there is a slew of supernatural characters and outcast species included in the lineup. So, here’s a breakdown of all the supernatural creatures to be aware of while watching the gripping show.

It took Wednesday nearly the entire first season to discover the fact that Principal Larissa Weems was actually a shapeshifter. The reason Larissa pulled off the wild stunt that got her caught is that she wanted to convince everyone that Rowan had survived the Hyde attack.

In reality, Hyde mercilessly ended Rowan’s life in front of Wednesday. Wednesday felt like her eyes were playing tricks on her when she saw Rowan show up on campus without a hair on his head touched. As it turns out, it was really Larissa trying to keep things under wraps.

Prior to that, Larissa shapeshifted into Judy Garland as a youngster while she was a student at Nevermore Academy alongside Morticia. She wanted to succeed in the talent show, so she decided to use Judy’s vocal cords to accomplish that. The final time that Larissa used her shapeshifting powers was to transform into Tyler before she was killed.

As lovely as it would be to exist in a world without any bloodthirsty monsters, that simply isn’t the case for Wednesday Addams. Throughout season 1, she did her best to hunt down a daunting and dangerous monster called Hyde. In the end, she discovered that Hyde was actually Tyler, which came as an incredible shock to her system.

She was slowly starting to develop feelings for Tyler, after all. Upon discovering what Tyler really was, she realized that she could never fully trust him again. Bloodthirsty monsters, known as Hydes, are born with mutations that force them to be vindictive and aggressive.

Interestingly enough, the same mutation that turns Hydes into vicious beasts also causes them to be creative individuals as well. The reason Tyler turned into Hyde was that he was triggered by the traumatic death of his mother and the chemicals of Laurel Gates.

When you think of vampires, the first fictional characters that come to mind might be from Twilight or Vampire Diaries. But thanks to the arrival of Wednesday season 1 on Netflix, viewers have the chance to think of vampires in an entirely new light for the first time in a while.

Some of the students who attend Nevermore Academy alongside Wednesday are vampires, who fit into an exclusive clique called the Fangs. One of the easiest ways to figure out if someone is a vampire is by paying attention to the color of their skin. They tend to be incredibly pale compared to others.

On Wednesday, they also often wear sunglasses to protect their eyes from sunlight. Vampires are known to despise the brightness of sunlight, which makes sense when it comes to their obsession with wearing trendy shades over their eyes. The most memorable vampire in Wednesday happens to be Yoko. She’s the vampire Enid Sinclair temporarily and hastily moved in with during her dispute with Wednesday.

There’s a lot to be said about werewolves, especially when it comes to their transformations from human beings into beasts that resemble wolves whenever there’s a full moon. On Wednesday, viewers get to see Wednesday’s roommate, Enid, make the switch from teenage girl to werewolf in the season finale.

One of the biggest stereotypes surrounding werewolves is that they love to howl at the moon with passion. Unfortunately, Enid never made any such noises in season 1 of the show. Before she fully transformed, she would show signs of her werewolf powers by flashing her claws whenever she got excited or angry about something.

Since Enid came across as such a typical teenage girl with colorful streaks in her hair and rainbow bedroom decor, knowing that she had the capacity to turn into a werewolf was probably a bit surprising to Wednesday at first. Being surrounded by students with so many different powers likely softened that blow, though.

Sirens are incredibly powerful sea creatures, often compared to mermaids. What makes them a little more special than a typical mermaid is that they’re able to use the beautiful sound of their songs to influence the behavior of others. The most memorable siren on Wednesday happens to be Bianca.

She used her siren song to manipulate her enrollment at Nevermore Academy. Had she kept her mouth shut, it’s likely that she wouldn’t even be a student at the school. Bianca’s relationship with Xavier fell apart right before her eyes, after he realized that he didn’t want to date someone who could potentially be manipulating and controlling him with siren powers.

It’s easy to guess which students at Nevermore Academy fit into the siren family if you pay attention to their jawlines. Anyone who’s a siren has glittery scales located in those areas. Something to watch out for in future seasons of Wednesday is the fact that sirens might potentially be losing their powers as their songs become weaker and weaker.

Gorgons are creatures that are based on traditional Greek mythology. One of the most popular gorgons to be written about in history is Medusa, a woman who lived life with a head of hair made of venomous snakes. Medusa was so strong, she was able to petrify anyone who looked her way. In other words, she could turn just about anyone to stone for simply making eye contact with her.

The main Gorgon on Wednesday to consider is Ajax, the guy Edin was deeply crushing on. Gorgons at Nevermore Academy are encouraged to wear hats over their snake hair to prevent anyone from turning into stone. For the majority of the show, Ajax spent time wearing a beanie — until he accidentally looked at his own reflection in the mirror and turned himself into a rock.

Wednesday is a psychic in the show, thanks to the enchanting gift she inherited from her mother. Wednesday doesn’t deal with psychic visions all by herself in season 1, though. She connects with Xavier due to the fact that he also possesses psychic abilities. Wednesday gets closer and closer to figuring out the truth about Hyde thanks to her psychic visions.

The fact that Wednesday and Xavier can relate over something as interesting as their shared powers just proves that there’s a lot to look forward to in the future of their relationship, whether they decide to be friends or pursue something romantic. Psychics on this show get visions that provide various hints and clues, and Wednesday has proven to be a natural.