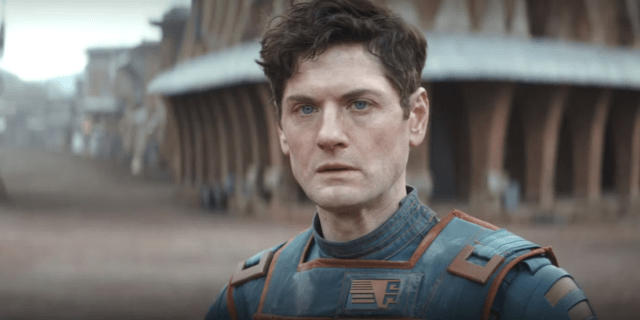 Fans are delighted that the villains in Andor have more nuance than the one-dimensional simpletons portrayed in past Star Wars movies and TV shows.

A discussion about the evolution of the villains in the franchise took place in the r/StarWars subreddit when RustlessPotato posted about their preference for the multifaceted baddies in Andor, “In Andor, I like the fact that the ISB director isn’t an incompetent person. He’s a great boss. It’s important that they show the empire to no always be incompetent and cartoonishly evil.”

The concept of the ISB itself is intriguing in its own right. It is an acronym for The Imperial Security Bureau (ISB), a secret intelligence and security agency established by Emperor Palpatine to protect the Galactic Empire, identify dissent among its citizens, and eliminate any opponents. Because of its covert nature, it makes sense that the officers would be wiser than the average Stormtrooper.

User Exceedingly pointed out that characters like Lonni Jung (Robert Emms) were complex enough for viewers to wonder whether or not they might even pause to consider how their orders might impact civilians.

Hagbardceline69420 thought highly of Major Partagaz, the head of the board of personnel at the ISB Central Office, who brought a certain gravitas to the first part of the series.

However, Some Star Wars supporters like Gorgurf62 couldn’t stop seeing Lesser as Qyburn, the character he played in Game of Thrones and joked that, “The Maesters taught him well.”

Riffing off of Qyburn’s resurrection of The Mountain in Game of Thrones, Col_Hunter_Gathers put forth that Major Partagaz may have had a hand in the Emperor’s resurgence, “His appearance is all the explanation I needed for how Palpatine was “somehow” able to return.”

Rocker2014 pointed out that villains have evolved in some of the more recent Star Wars films and TV shows, like Grand Admiral Thrawn and Agent Aleksander Kallus in Star Wars Rebels, as well as The Mandalorian‘s Moff Gideon.

The fact that Star Wars fans appreciate characters with depth and sophistication on both sides of the divide shows that they are rational enough to hold two or more opposing ideas about individuals simultaneously. It seems that the more the franchise reflects the plurality of human nature, the more compelling its characters become.

Andor is streaming on Disney Plus.