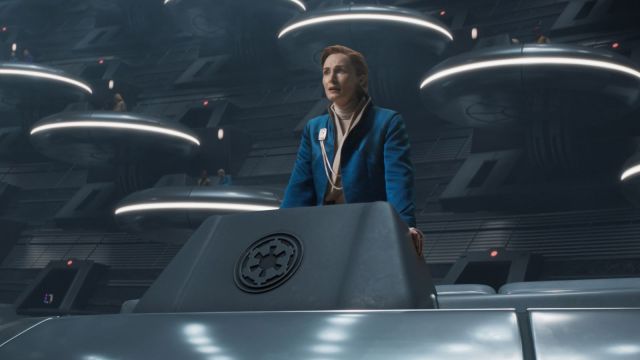 It’s quietly miraculous that Andor has actually made Star Wars politics interesting. By Revenge of the Sith, most viewers were so tired of seeing the Galactic Senate that it was a relief when Palpatine tore up the place during his duel with Yoda.

Andor is built differently, showing the immense pressures on Mon Mothma as she navigates Coruscant high society, deals with a quisling Senate, and struggles to get even a little aid for the downtrodden.

All this has led viewers to wonder exactly how this system of governance works. By the time of Andor, it’s become “The Imperial Senate”, is primarily ceremonial, and Palpatine would formally disband it once the Death Star was complete around the time of A New Hope.

But, after Palpatine’s memorable line that he “is the Senate”, who’s running this show? Surely everyone’s favorite pure evil space grandpa has better things to do all day than sit in a big chair listening to aristocrats whine at him? Fans are at least trying to figure this out:

The logical answer seems to be Palpatine’s Grand Vizier Mas Amedda, who you’d recognize as the giant horned blue guy you often see in the background of the prequels:

It’s also noted that important decisions are increasingly being by the Imperial Ruling Council, which has taken on much of the Senate’s responsibilities:

Others point out that it took many years for the Emperor to fully consolidate power after taking over, so he needed to at least maintain some continuity with the Republic. The Senate was at this point primarily to keep up the appearance that galactic citizens had some sway over the Empire, but didn’t actually do anything so there’s no point in him being there:

We’re still hopeful that Ian McDiarmid is going to appear in Andor as Palpatine. Squeezing him into a grounded show like this might feel odd, but we think that dissonance would pay off big time.