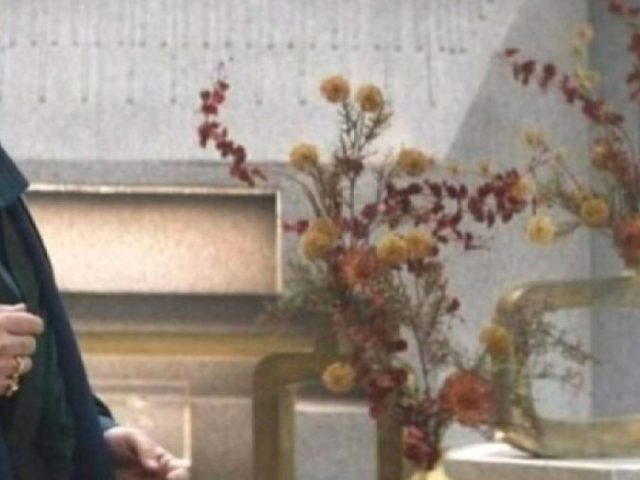 Andor is now 10 episodes in, with that time spent painstakingly detailing the misery of life under a fascist state, how it warps the morality of those living under it, the inertia of liberal democracy, and the necessity of taking up arms to violently fight for a better future. Despite all of that, showrunner Tony Gilroy is insisting the series wasn’t designed around an explicit political position.

In an interview with Indiewire, Gilroy was quizzed about the show’s politics, but says any message viewers might pick up is a natural consequence of the subject matter, rather than anything the writers set out to communicate. In fact, the filmmaker referenced Stellan Skarsgård’s ruthless Rebel leader Luthen as an example.

“Pick your revolution. I saw an analysis about Luthen’s accelerationist Marxist view. People understand these ideas fundamentally; they don’t need terms for them. They don’t need to be put in a dialectical form. They need to feel instinctive. It’s very pleasing, on the other hand, to watch people argue and find things in there that are applicable, but my primary responsibility is to the characters and to make an adventure story. This is a ripping yarn and it is an adventure story, and there’s a lot more energy that goes into the plotting and the adventure story aspect of it — no one sits around thinking about what we should do politically. It just happens instinctively.”

He was also at pains to say that Andor is not explicitly mirroring any one historical event:

“Whatever contemporary resonance it has is usually in the eye of the beholder. Oppression is oppression. You can drop the needle at any point on this planet in the last 6,000 years, and you can find it. All these things are the same. I’m not ducking the question — but it is not in my mind as I’m doing it.”

We see Gilroy’s point, though if you were feeling particularly cynical, you might read this as him not wanting to spook Disney and Lucasfilm by being open about sneaking revolutionary Antifa messaging into their fun franchise about laser swords and space wizards.

It’s difficult to deny that Andor isn’t clearly inspired by real-world political history, with the show visually and thematically referencing everything from Troubles-era Belfast, to the Highland Clearances, the cultural erasure tactics of the British Empire, and (of course) the bureaucratic evil of Nazi Germany.

It’s worth noting that Star Wars has been doing this from the very start, with George Lucas quite open that A New Hope was inspired by the Vietnam War. That continued into the prequel trilogy, with Revenge of the Sith in particular a pretty blunt rebuke to post 9/11 Bush-era neoconservatism.

So, we’ll take Gilroy at his word that Andor wasn’t created as a didactic political story, but anyone with eyes can see it’s deeply and intrinsically political from start to finish.