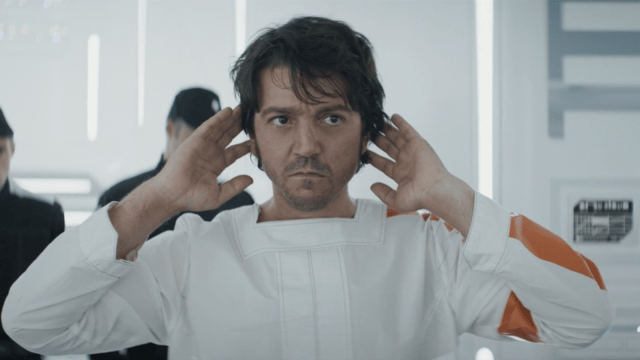 Right now, the Andor show on Disney Plus is being lauded as one of the best Star Wars projects. It is a more serious look at the world, is grim, and, apparently, its title character and how he moves through the galaxy came from a brutal man’s earliest days.

In a new article published by Rolling Stone, showrunner Tony Gilroy reveals Cassian Andor’s conduct came from none other than Joseph Stalin. Essentially, he read a lot about the Soviet leader’s younger times before the revolution over the past few years, and, learning about how stuff is obtained is often a good story hook, he likes to focus on whenever he tackles a project in the entertainment industry.

“There’s an amazing book called Young Stalin [by Simon Sebag Montefiore]. The opening chapter is this incredible [potential] movie sequence where Stalin is part of staging a major bank robbery in a Georgian town in 1907. It involves 15 people and hookers and teamsters and all these things. Stalin was Lenin’s financier. And the reason Lenin loved him so much was he kept bringing the money. They needed money. This shit all costs money. People gotta eat, they gotta get guns. It’s knowing that and wanting to say something about that. Almost no one pays attention to that part of it. It’s an underutilized area of storytelling.”

Gilroy goes on to say Stalin has a resemblance to Diego Luna (you be the judge) and adds through every revolution the same thing happens. They always focus on money to be successful and you can see it in almost any other instance throughout human history.

“It takes coin. Look at Exodus, where they’re trying to get money for Palestine.”

The final episode of Andor’s first season premieres Nov. 23. It will conclude with a second season which will lead directly into the events of Rogue One. Fans are loving the piece, and, though it tackles the rise of fascism and muses on how the only way to take down such a totalitarian regime is through armed struggle, those behind it say there is no intention to make a political production.

No word for now on whether Luna will play Stalin in the future or what potential characters inspired by dictators will show up in the future. Though, for some, there is hope a certain Sith will show, though, some are saying no to the mere suggestion as well.