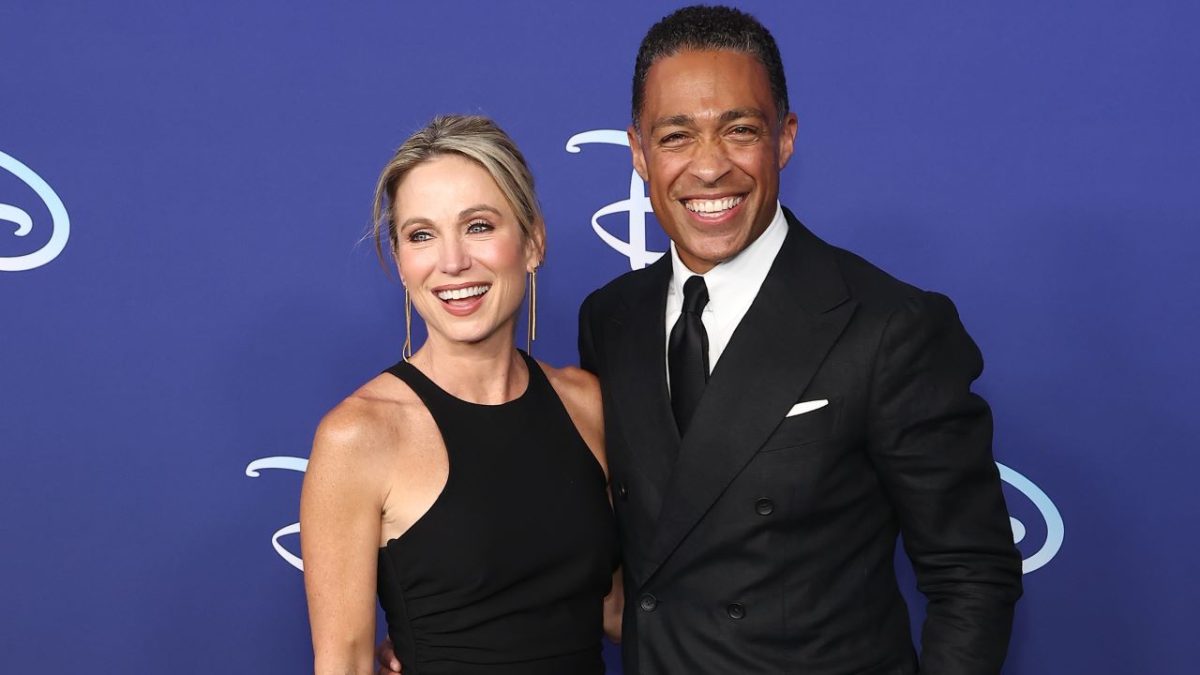 What do two married co-anchors caught having a scandalous affair with each other equal? One big mess.

That is exactly what Good Morning America co-anchors and not-so-secret lovers Amy Robach and T.J. Holmes are currently facing. Following, the scandal that revealed the two’s on-screen chemistry was not just for the show, the confirmed couple has been put on hiatus from GMA3. Yet many fans, viewers and otherwise, have been left wondering if the two will ever return to the GMA stage. Here’s everything we know so far.

The news first hit the airwaves in November when photos of the two were revealed by The Daily Mail. The pictures were rumored to have been taken by a private investigator hired by Robach’s suspicious husband. It was not a good scene. The photos revealed Robach, 49, and Holmes, 45, canoodling at an intimate NYC bar and holding hands in a ride share. They also included explicit photos of a caress shared by the two while Robach loaded up a car following an intimate lovers’ weekend. Generally, such photos would simply be an up-close look at a happy couple, but there were just one or two little problems. Both of them were married…to other people, although they had reportedly been separated from their respective spouses since August.

Holmes was married to 44-year-old attorney Marilee Fiebig, and the two share one daughter together. Robach was married to former Melrose Place actor 55-year-old Andrew Shue. The two did not share any children, but Robach has two from her previous marriage, and Shue has three from his. Both former couples have filed for divorce. Since then, Robach has made her and Holmes’s relationship even more public, much to the chagrin of Good Morning America.

GMA almost immediately put the couple on hiatus during the scandal claiming it was an “internal and external” distraction to the show, as reported to Variety. Deliberations at the studio continued as the scandal grew, and one source reported to US Magazine that “Amy and T.J are out, a decision has been made. The network is negotiating with them on their exit deals and an announcement.” Yet while the affair is certainly infamous, ABC News President Kim Godwin admits that technically the two have not violated any workplace policy, so it is unclear if the network will be able to fire them on that basis alone. US also reported there is a “full investigation underway” at ABC, and Godwin emphasizes that the network is simply looking to do “what is best for the organization.”

Although the pair may not have violated any policy, it is possible they did break a “morality clause” outlined in their contracts and agreements. The Sun reported that there is a line in their contracts stating “act at all times with due regard to public morals and conventions,” so says a copy of the document gathered by the newspaper. It goes on to say “which tends to bring you or us into public disrepute, contempt, scandal or ridicule…or which might reflect unfavorably upon us, or injure the success of the programs. We may terminate this Agreement upon notice to within thirty (30) days after we acquire knowledge thereof.” It seems Holmes and Robach might be in some very hot water with GMA if this agreement and wording are true.

Another source reported to Page Six that “while Robach and Holmes’ contracts haven’t officially been terminated, the anchors are on their way out and have hired lawyers to deal with negotiating their exit packages.” Yikes.

While the pair’s future on GMA is uncertain, their future as a couple seems quite clear. Despite all the backlash, the two have taken their time off to go on romantic getaways. The two spent the holidays together in Miami, as was revealed by People. While the couple may be living it up, the people they left behind seem to be having a less great time. GMA isn’t the only one giving the couple a hard time about their relationship; the fan backlash has been immense, and Robach’s own stepson posted a photo to Instagram throwing shade at his soon-to-be former stepmother. His father, Andrew Shue, also scrubbed his Instagram of all traces of Robach.

Will we be seeing more of Amy Robach and T.J. Holmes? Probably, but not on GMA3 anytime soon. While the reviews may still be fairly mixed, they certainly seem to be leaning towards the two never returning to their former posts and certainly not their former glory. The final verdict, however, remains to be seen.