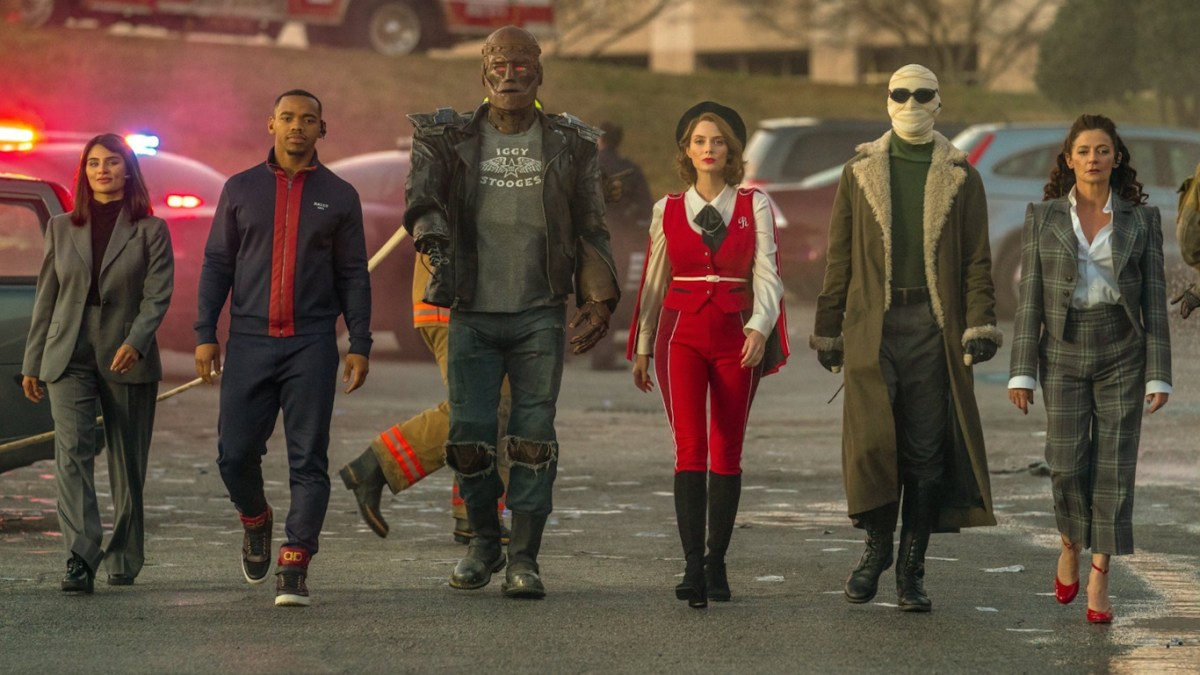 As any fan with an all-weekend SDCC pass can tell you, James Gunn is now in charge of the DC Extended Universe, making headlines with reported plans to reboot Warner Brothers’ entire superhero franchise, and canning Wonder Woman 3. As of last year, Warners had already begun the process of winding down most of their preexisting DC properties by canceling almost all of their CW network “Arrowverse” shows, and deciding not to release Batgirl.

But while Warners made a spectacular show of pumping nine figures into #restoringtheSnyderverse, funding the director’s effort to transform Justice League from a disappointing movie into an annoying HBO Max miniseries, there’s been another corner of the DCEU that has spent the past three years quietly building a fiercely loyal fanbase for a show with sharp writing and some of the best acting on television today: Doom Patrol.

Fans took to Twitter today to celebrate the fourth season of the series about a team of misfit heroes with a 98% “certified fresh rating” on Rotten Tomatoes. Starting with a fan account called “Doom Patrol Shots”:

Meanwhile, a Twitter account dedicated to the best of star April Bowlby posted four shots of the actress, who plays Elastic Girl on the series:

While this fan whose Twitter name, “Rani Timekey Baker,” is taken from the original version of BBC’s venerable Doctor Who, loves the direction the show has taken the character Cyborg:

And Jordan Blum makes the point that instead of focusing on the many many things that DCEU does wrong, fans could be celebrating all the ways that Doom Patrol gets the show right: