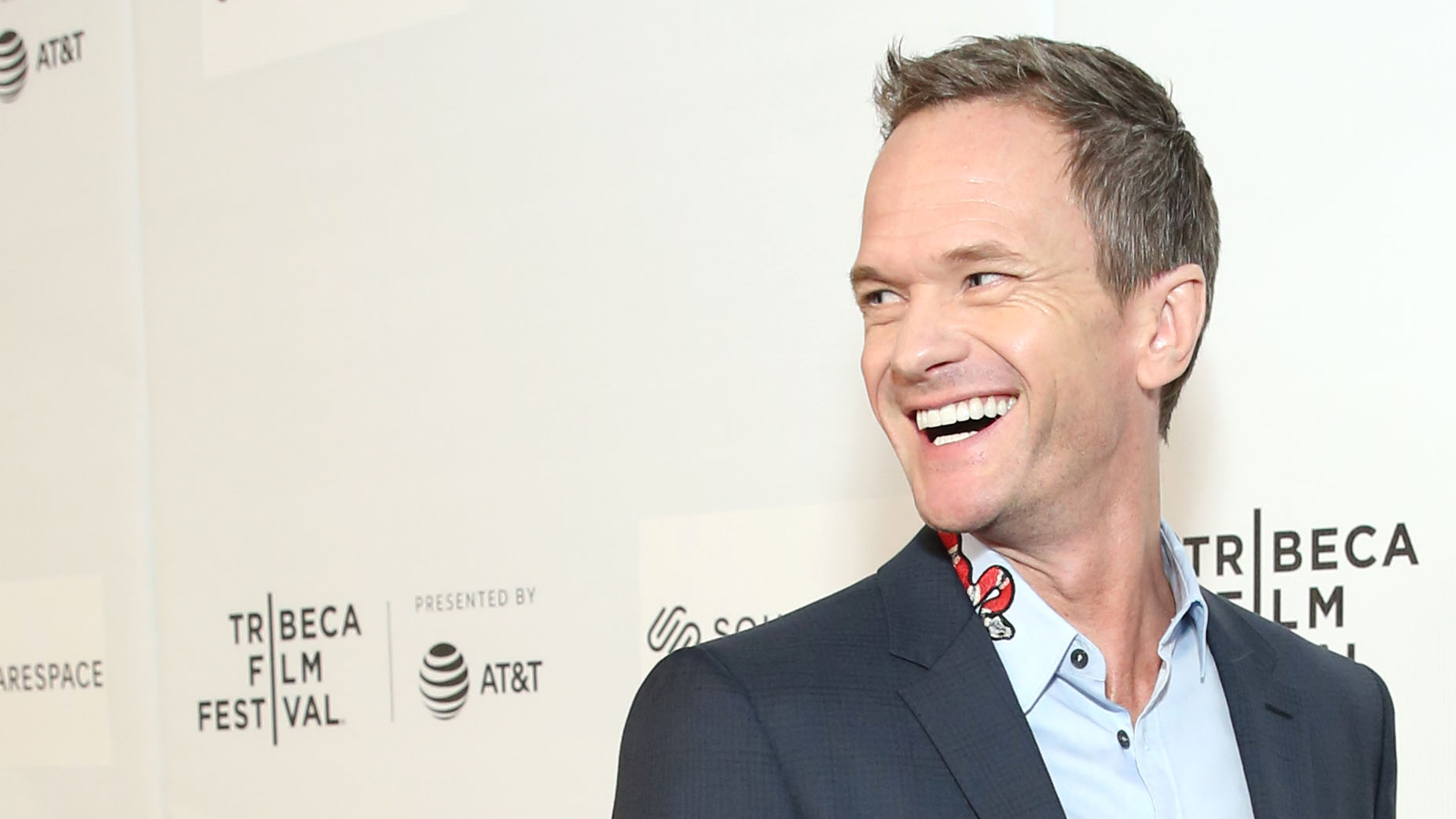 Do you dig Doogie, or are you a bro-code Barney lover?

From a child doctor to a villain lurking after a different doctor, the wonderful Neil Patrick Harris has given us a lifetime of grand performances over the past 30-plus years.

Spanning his whole career, the one-time doctor (on TV) NPH is set to join another show involving a doctor (no, not that kind) when he joins the 2023 production of the very long-running Doctor Who for its 60th anniversary next year. In the show, he is set to become “the greatest enemy the Doctor has ever faced.” Don’t forget he also played another doctor in the web series that ran during the writer’s strike in 2008 (hint, hint).

Who doesn’t relish a chance to go back through NPH’s career? The do-it-all star has been everywhere, including numerous successful stints on Broadway. Though he started his career in television and is probably best known for his two biggest TV roles, NPH has been in quite a few more movies than you might initially realize.

Here are what we consider to be the best Neil Patrick Harris movies and TV shows, ranked.

See how the Tony’s had NPH host, then there was a one-year gap, then they realized oh crap, better get NPH back?

He was (rather is) amazing at hosting, and is great with a crowd. Any live show would do well to bring in NPH as the host, or any of the above three would be great to see him return as a host or even cohost. Perhaps he doesn’t want do it anymore. In 2019 he revealed on the Jimmy Kimmel Show he wouldn’t go back to hosting the Oscars because of all the negative feedback online. Despite the fact that the show was very well received in person, those who did not enjoy his contributions scuttled to Twitter to bash it.

You might not realize this, but two of the most likable folks in show business were once in the same show together.

Tony Shalhoub of the hit series Monk and the highly (highly) underrated show Wings and NPH teamed up for this NBC sitcom that was cut tragically short after a single, nearly-full season, joining far too many sitcoms in an early demise before the days of streaming gave them second wind.

The show ran from September 1999 to its 18th episode in July 2000, with the four remaining episodes of the series remaining unaired. The show never even got to air its finale.

If you’ve enjoyed anything these fine gentlemen have been in, find this show and watch it. While you do, recognize that 20-plus years ago, a show that was seeing success and getting solid reviews and ratings (it even won the award the People’s Choice Award for Favorite New Television Series) could be hacked away before it had a chance to really make it.

Maybe it was for the best, as Monk kicked off in 2002 and How I Met Your Mother started up in 2005. Look hard enough, and you might even see a little Barney Stinson developing in this short-lived series.

This is the movie that helped put NPH on many of our radars — at least those of us who didn’t realize how much work he was already putting in on various projects.

As the scientist and communicator (brain reader perhaps) of other life forces, NPH plays a big role in Starship Troopers. He unfortunately isn’t given a whole lot to work with in this role, even though he’s memorable in it, but he stands out amidst some pretty cardboard costars. Unfortunately, the movie as a whole — despite some cool effects and such — kind of makes you feel like your brain’s been drained by an alien bug.

If you have kids, or your friends have kids, you’ve probably seen NPH’s turn in The Smurfs and it’s sequels. They may not always like him much, but throughout the films NPH plays his role as Patrick Winslow to perfection. He even gains back the love of the kids and Smurfs by the end.

Plus, one day you might show those kids some of NPH’s other roles, maybe by showing them a few of the other programs on this list.

NPH was particularly cool in this one.

He gets a chance to refine his wicked side (which he gets to have fun with in the next entry on our list as well), in the latest Matrix release. The way he manages to gaze and tell tales with his eyes and expression are used aptly in this fun Matrix sequel, and blend perfectly with the tongue-in-cheek nature of the film.

Playing at first Neo/Thomas Anderson’s (Keanu Reeves) therapist, who is helping keep his mind trapped in a fake reality, the way NPH plays with his costar and perpetuates the visions Neo is having is wonderfully played. Eventually, NPH is revealed as a source of evil, the Analyst, the villain in the latest Matrix movie.

6. A Series of Unfortunate Events

You might have missed this one after the movie of a very similar name that starred Jim Carrey, but NPH’s take on Count Olaf in the TV version was stellar. The show ran for three years and has countless great performances from the cast and guest stars alike, but NPH’s is one of the best.

Plus we get NPH in a singing role and acting the villain again, which we’ve come to learn he’s really, really good at.

Maybe it’s due to the novel, or perhaps because of the power of the movie, but wow, what a role and performance.

NPH ably plays the duped wannabe lover in this 2014 film, one who gets to finally have the moment he’s pined for, joyfully making love before joylessly having his throat slit and later being framed for all sorts of crimes he never committed.

The character is just trying to help out a friend, and all the while she is setting him up to have his name forever sullied. His naïveté leads the world to believe he really was a kidnapper and rapist. Thankfully, he never saw any of it coming, so the ending comes quick and doesn’t leave him with time to process the pain, but up to that point, NPH offers up powerful acting in what’s an all-around powerhouse of a movie.

Even though the all-around package is solid, NPH isn’t given the widest range to show off his many skills here, otherwise it’d be a tick higher on our list.

Cue up the theme song!! Still legen — wait for the doctor to see you — dary!

Most of us know that NPH broke onto the scene as the loveable kid doctor Doogie Howser, a young genius who aspired to go into medicine after surviving his own brush with death.

The show nearly made it to 100 episodes (97, so close!) and ran for four seasons from 1989 to 1993. Even though the premise might seem cheesy, NPH brought a genuine feel to the show despite his young age, and the show covered real topics, as opposed to situating itself as a hokey kid doc show. His parents, played by James B. Sikking and Belinda Montgomery, are great in the series, as is his best friend, Vinnie (Max Casella).

The most prominent lingering memory from the show might be Howser sitting in front of his computer and typing out his outro monologue, a nostalgic favorite that even made an appearance in a HIMYM episode once.

The other other movie that reintroduced NPH to the world.

Playing a very drugged-up and/or drunk, womanizing, washed-out version of himself, NPH brings a level of humor and gravitas to Harold & Kumar Go To White Castle, one that lifts the entire project up.

Sure, it was a funny flick, but NPH’s turn as, well, himself rehashing his old days of playing Doogie and being the man on the scene at such a young age, was outlandish and outstanding. The way he delivers lines like “no, I didn’t go all the way with her” shows depths of sadness, regret, and a true soul under all the flamboyance he otherwise shows as a hyper masculinized version of himself that is trying to compensate to the world.

I would watch just the NPH scenes from the three Harold & Kumar movies all by themselves, he’s that good.

So much fun. So so so much fun. If you missed this during the hiatus of oh so many shows when the writer’s strike hit Hollywood, then it’s very much worth a revisit.

It’s only three episodes long, but — ever the showman — NPH gets to really spread his wings here.

NPH shows his amazing range of acting and emotion in this project from Joss Whedon, in which he aspires to become a villain opposite the show’s superhero, Captain Hammer (Nathan Fillion). He pines over a woman, Penny (Felicia Day) and breaks into song often, getting to show off his multitude of talents.

It won multiple awards, including being named 15th on Time’s Top 50 Inventions of 2008 list. A web series! A musical! One of the 15 best inventions of the year! When you wanna have a bit of fun with a cast that delivers and then some, give it a whirl.

1. How I Met Your Mother

Name all the best NPH appearances ever?

I will defend this show as better than Friends any day.

There were real storylines amidst all the ridiculousness and tropes, and real consequences and emotions and genuine arcs for all involved, especially one Barney Stinson. The through line that held the show together through its nine-year run, NPH was a wizard in the way he played a womanizing shallow man with a real heart underneath it all.

If you haven’t yet, go binge HIMYM and just appreciate the hell out of where NPH takes Stinson over the course of the nine-season show.