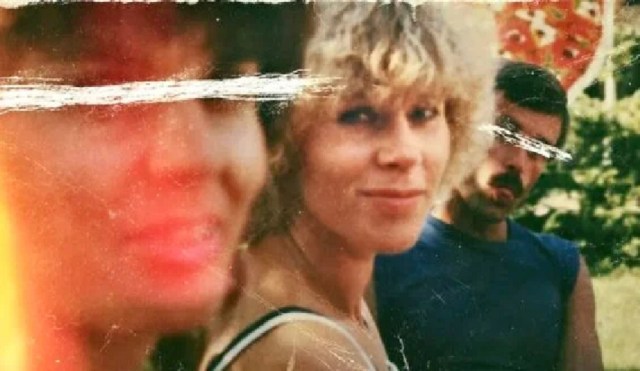 True crime remains one of the most popular genres of storytelling, as fans hold their breaths and clutch their pearls at the gruesome and horrific tales. Whether through podcasts, memoirs, docuseries or documentary films, a thrilling ride is guaranteed as the audience follows some terrible incidents on a journey to uncover the truth and apprehend criminals.

In many of these stories, leads usually come from unlikely sources, such as amateur detectives, and even curious individuals online. If ever you’re in the market to don an amateur sleuth cap, or feel like trying your hand at a chilling case, here are some true crime documentaries available to stream that will inspire your inner investigative skills.

This docuseries from streaming giant Netflix, shows the collective power of internet users and activists against a common foe. The documentary kicks off with a video posted online which features a man murdering two cats. As the man (Luka Magnotta) continued to post more videos depicting animal cruelty, he caught the attention of several animal rights groups. It wasn’t long before Magnotta eventually murdered a university student, leading to an amateur investigation by a justice-seeking following. Despite their lack of professional skills, with the help of the police, the criminal was apprehended in Berlin after fleeing Canada. Don’t F** With Cats became a hit sensation on the streaming platform and showcased the exemplary determination of regular folks in finding a dangerous killer.

Frame 394 is an intriguing documentary about the police shooting of Walter Scott, an unarmed Black man in America. The documentary follows the findings of a Canadian college student named Daniel Voshart, who specialized in cinematography and image stabilization. Voshart claimed, after allegedly carefully reviewing the footage, to have found evidence that would alter the investigation. The documentary chronicles his amateur investigative findings and the overwhelmingly polarizing reception online.

I’ll Be Gone in the Dark

HBO’s adaptation of the book of the same name by Michelle McNamara, I’ll Be Gone in the Dark is a documentary that follows McNamara’s investigation into a serial killer, rapist, and burglar responsible for multiple crimes in the 1970s and ’80s. Nicknamed the “Golden State Killer,” McNamara frequented crime blogs and chat rooms, and spent many years investigating him, all while battling an addiction to opioids. The documentary details how, though she died from an overdose before she could complete the book, her friends and family picked up her work and wrapped up, leading to the arrest of the culprit.

Crime Scene: The Vanishing at the Cecil Hotel

The Cecil Hotel is infamously known for being the site of many suicides and murders. Such was the case for Elisa Lam, a young woman who was found dead in a water tank on the hotel’s roof. The Vanishing at the Cecil Hotel is four episodes long and attempts to piece together the circumstances that could have led to Lam’s death. The docuseries features interviews with notable internet bloggers and journalists who were interested in the case.

The Keepers is a 2017 Netflix docuseries about the unsolved murder of a nun named Catherine Casnik. She was a teacher at an all-girls school, and the investigation was led by two former students of the school. The documentary explores the possibility that Cesnik had information about a priest at the school who was sexually assaulting students and pieces together testimonies from former students to uncover the ghastly truth.

It Was Him: The Many Murders of Ed Edwards

In this documentary from Paramount, Wayne Wolfe finds out that he is the grandson of convicted murderer Ed Edwards. In a bid to find closure for his father and convinced that Edwards is guilty of more murders than the five he was convicted for, Wolfe launches an investigation. He examines the history of Edwards and his criminal activities alongside John Cameron, a retired detective who had spent over a decade investigating him. Together, they explore the possibility that Edwards could be responsible for more cases than were known, including high-profile murders like the horrifying Zodiac Killer case.

A touching and emotional documentary from Netflix, The Pharmacist follows a pharmacist named Dan Schneider as he tries to discover the identity of his son’s killer. Schneider’s son died while purchasing cocaine, which led to a lack of effort from the police in trying to catch the culprit. Over the four episodes of the show, we watch Schneider uncover different pieces of evidence that he uses to ultimately solve two cases, finding his son’s killer, and exposing a doctor in the area who was illegally prescribing addictive medication.

Netflix’s Dig Deeper follows the investigation into the disappearance of a woman named Birgit Meier in 1989. As there was no evidence of foul play, the police quickly dismissed the case, but Birgit’s brother Wolfgang, and the rest of her family remain determined to uncover the truth behind their missing loved one. This spine-chilling documentary shows the depths of the love of family as the Meiers spend more than 30 years tirelessly chasing clues in hopes of finding Birgit, whether dead or alive, and proving the police wrong.

The Murders at Starved Rock

In 1960, three women were brutally murdered at Starved Rock State Park, Illinois, and a man named Chester Wegner was convicted for all three murders. This HBO series follows the son of the prosecutor who charged Wegner with the crimes, as he looks back on the case and debates whether his father made the right call, and if Wegner was truly the culprit behind the gruesome murders.

This documentary was created for Netflix by Yance Ford, the brother of William Ford, a young Black teacher who was murdered in 1992 by a white mechanic named Mark Reilly. Reilly claimed self-defense and was not indicted by the all-white jury he faced, which was dissatisfying to Ford. In his documentary, he tells the story of his family and investigates the circumstances around his brother’s death.  The emotional documentary film was met with positive reviews,