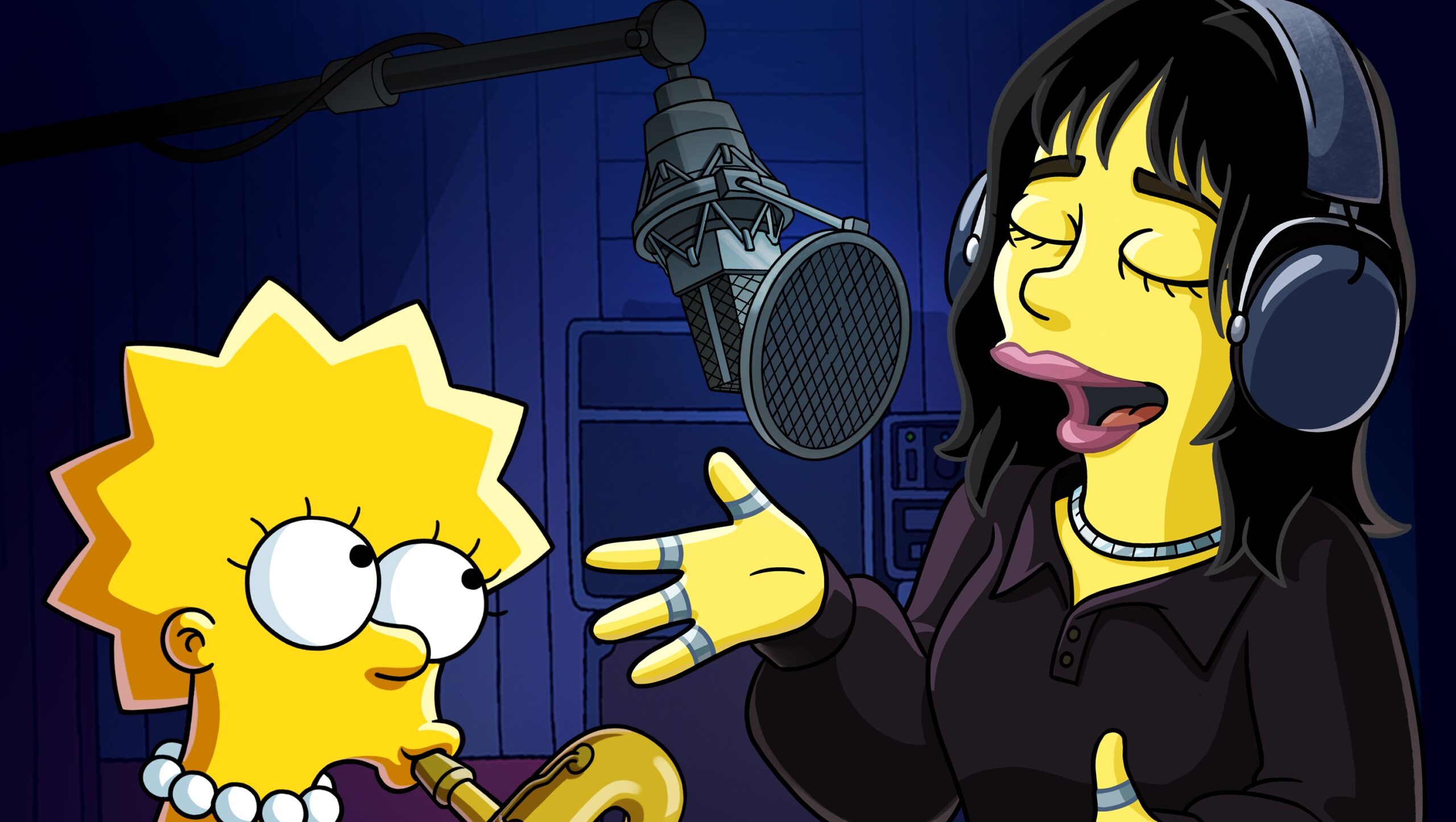 Billie Eilish is teaming up with Lisa Simpson for a new Simpsons short that’s headed to Disney Plus next week. Following her Happier Than Ever special, which debuted on D+ last fall, the multiple Grammy-winning superstar is returning to the Mouse House platform to be immortalized in animated form opposite the iconic cartoon family, in a new short film titled When Billie Met Lisa.

The news was confirmed today by Eilish’s official Twitter account, which shared our first look at the Simpsons-ified singer jamming with a saxophone-playing Lisa. The short is set to hit streaming on Friday, April 22.

According to the synopsis, When Billie Met Lisa sees the musically inclined middle child discovered by chart-topping artists Billie Eilish and FINNEAS while searching for a quiet place to practice her saxophone. Billie invites Lisa to her studio for a special jam session she’ll never forget.

The honor of being turned into Simpsons characters comes hot on the heels of Eilish and her brother winning the Academy Award for Best Original Song for their James Bond theme “No Time to Die”. It’s unknown if the short will feature an original song from the duo, although it’s a possibility considering the Simpsons‘ long musical history. And the O’Connells did just provide a track for Pixar’s animated movie Turning Red.

This is far from the first time that Lisa has befriended a pop star, as she became best pals with Lady Gaga in 2012 episode “Lisa Goes Gaga”. When Billie Met Lisa is the fourth Simpsons short created to crossover with other Disney Plus icons and properties, following a Star Wars-themed adventure for baby Maggie and an MCU spoof featuring Tom Hiddleston’s Loki. The most recent was The Simpsons in Plusaversary, released last November to celebrate the platform’s second birthday.

Don’t miss The Simpsons: When Billie Met Eilish when it premieres on Disney Plus this April 22.