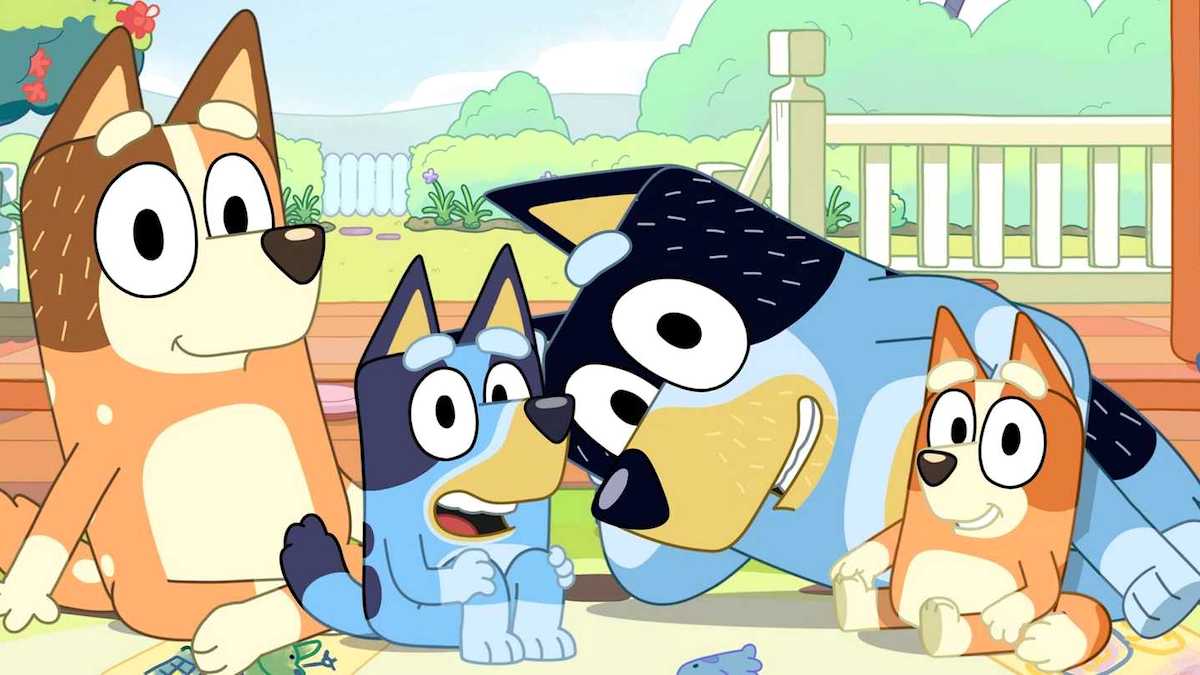 One Twitter user’s criticism of the Australian animated preschool show Bluey has caused an entire fanbase – children and adults alike (but mostly adults) – to come to its defense.

On Monday, Twitter user @little_paisano expressed their confusion over the show’s wide-ranging appeal. “I will never understand why people think that this show for pre-schoolers is like (I’m gonna exaggerate a lot here) the second coming of christ of media.”

Before long, viewers far and wide came out of the woodwork to defend the show’s honor. Here’s a series about a 6-year-old Blue Heeler puppy, Bluey, who has a seemingly boundless zest for life and who always manages to wrangle her dad, Bandit – as well as her sister Bingo and mom Chilli – in for various adventures, but according to the adult fanbase, you might as well be talking about the Mona Lisa.

Originally created by Joe Brumm, Bluey made its premiere on ABC Kids, a sister network of the Australian Broadcasting Corporation, to immediate praise in 2018. In 2019, the show’s international broadcasting rights were picked up by The Walt Disney Company for its Disney Junior television network, and was further distributed on the company’s streaming platform Disney Plus, where it continues to be one of the most popular children’s shows. Within 18 months of its debut, 25 million people streamed its episodes over 260 million times, according to The Guardian.

The show has received 30 awards across various award shows, including the International category at the BAFTA Children & Young People Awards in 2022. It has become a balm not only to adults who find the realities of the real world too harsh to stomach, but also to children, who are sponges to the positive messages woven throughout every new episode.

Amending their original statement, Twitter user @little_paisano shared that they themselves have indulged in the show every now and then with their nieces. Indeed, the fandom of Bluey needed little reason to come to the show’s defense, and jumped at the first opportunity to shine light on why they love it so much.

Those who find respite in the show’s wholesome, cheerful premise — children and adults alike — can stream 52 all-new episodes of season three on Disney Plus.