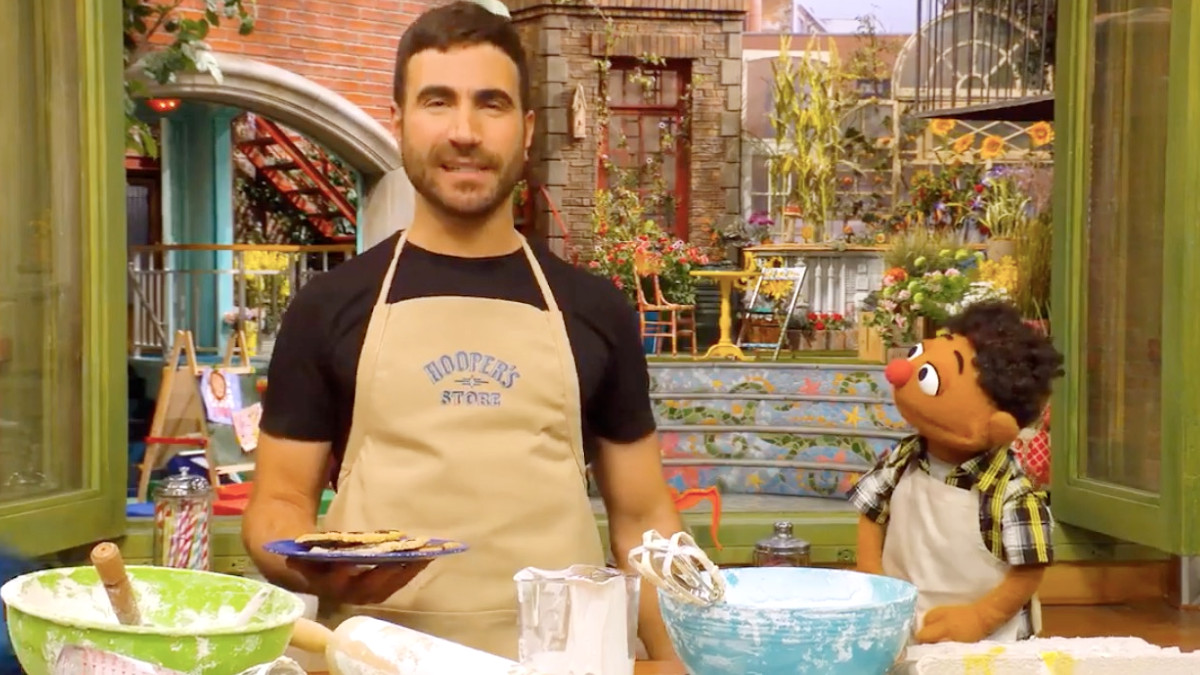 Back in February, it was revealed that none other than Ted Lasso breakout star, Brett Goldstein, would be appearing on an episode of the upcoming 53rd season of Sesame Street on HBO Max. And ever on brand, the gruff alter ego of Roy Kent met a “kindred spirit” in Oscar the Grouch in the short teaser.

But the tongue-in-cheek shenanigans don’t end there.

Entertainment Weekly has obtained an exclusive clip of Goldstein’s episode, and during his stop at the famous street, he’ll also be teaching kids about the F-word — because if there’s one thing Roy Kent is good at, it’s teaching kids the F-word.

In the two-minute clip, Goldstein is baking cookies with Tamir. “It relaxes me,” he tells Tamir, who had remarked that he didn’t know Goldstein liked to bake. “We’re also here to tell you the word of the day,” he adds.

“Today’s word begins with the letter F,” Tamir explains, to which Goldstein coyly replies: “Ooh, I love the letter F.”

But fortunately for the millions of tiny eyes and ears watching at home, the F-word they’re referring to is the much more age-appropriate “fairness.”

“Fairness is when each of us gets what we need,” Goldstein explains, and fortunately Cookie Monster was on hand to help demonstrate. “Me need cookie please!” the blue muppet announces.

Tamir and Goldstein surmise that another way to be fair would be to play soccer later and invite everyone to participate, but first, he says, they need to clean up. Though Cookie Monster is all too happy to oblige, things take a slight turn when he offers to be team captain, on account of being the “best player, after all.”

A release date hasn’t been given yet, but Goldstein’s episode is expected to air sometime during the 2022-2023 season.