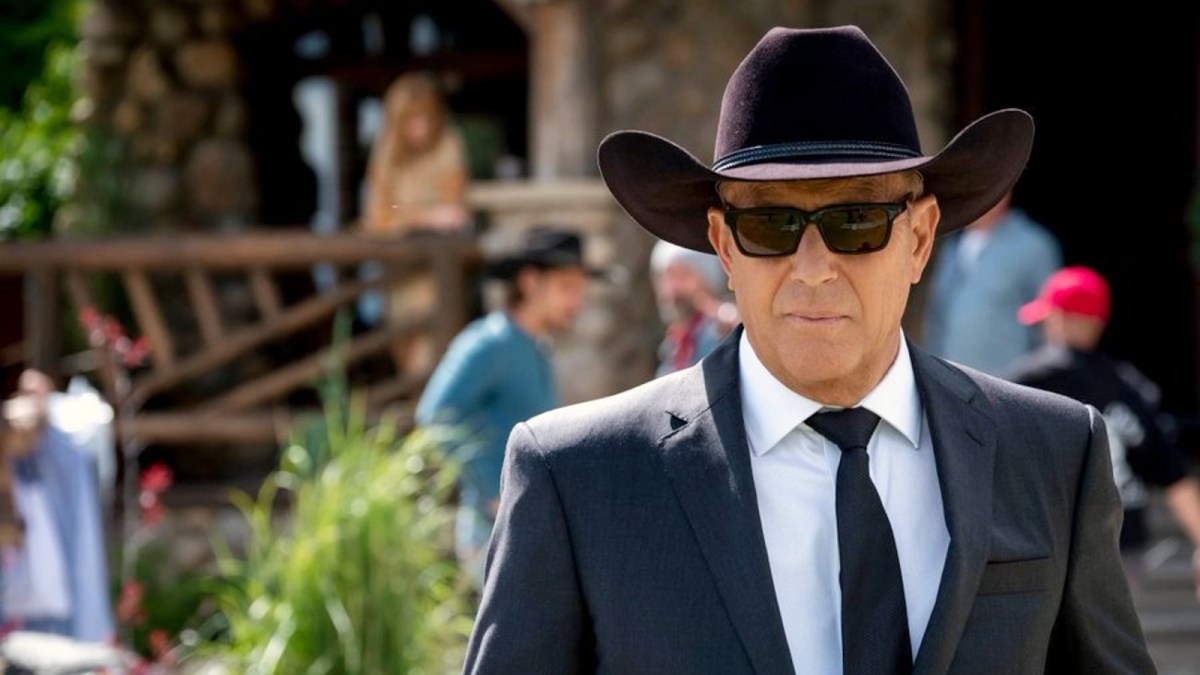 Kevin Costner, one of the most iconic actors in entertainment, is celebrating another trip around the sun, and we’re honoring his special day by highlighting one of the finest roles he’s ever played: Yellowstone‘s patriarch, ranch owner, and now Governor of Montana — John Dutton.

As the man, the myth, the legend himself celebrates a birthday today, he certainly makes 68 look good. An actor who usually takes on film roles, Yellowstone is Costner’s most prominent and impactful television role so far, and one that has allowed him to share a western style story and way of life with audiences worldwide. John isn’t Costner’s first cowboy character, and we’re sure it won’t be his last: but there’s something about our beloved John Dutton that sticks — he’s almost otherworldly.

The fact that Taylor Sheridan’s story is essential isn’t lost on Costner, who has spoken about how proud he feels to bring this character to life. As a dedicated audience, we’re lucky to follow him on the wild, drama-packed ride.

As we honor the man behind the character, we’re putting together some of John Dutton’s best Yellowstone quotes as a nod to the talent, and passion Costner has for his roles. It’s hard to imagine Yellowstone without him, and we’re not sure there’s another actor with the grit and determination to play John in a way that makes him so believable, relatable, and somehow honorable — even after many trips to the train station.

“Don’t believe what they say about getting older. Each passing year is a gift, and it gets better and better with time.”

“Well, if you’re marrying Beth, you’ve already proved you’re not scared of anything.”

Beth Dutton is a force to be reckoned with; in fact, those who cross her never return the same way. She leaves them with scars, constant reminders of the power she holds. Someone like that is as thrilling as they are terrifying, and John was speaking to Rip about marrying his daughter and the fear that comes with it. He told Rip that since he was marrying Beth, he must not be a man scared of anything at all — and that holds up.

John Dutton is many things, one of which is a hell of a grandfather. During a chat with his grandson, Tate, he talked about how hard the cowboy/ranch life can be. When Tate asks why they do it if it’s that hard, John responds perfectly. Calling ranching “one hell of a life,” he reminds us that the things we value most usually aren’t easy — but they’re always worth it.

“Leverage is knowing that if someone had all the money in the world, this is what they’d buy.”

John Dutton knows how valuable the land they sit upon is, but he also knows that there’s more to it than a monetary return. During an episode of Yellowstone, he defines leverage in a way that will resonate with anyone who holds something near and dear to their heart. If someone had all the money in the world, what would they want? It’s what John Dutton and his family have, their land and all of the promise that comes along with it.

“All the angels are gone, son. There’s only devils left.”

Kayce and John Dutton often reason with ideas that are larger than life: one of which is the idea that all the angels in this world are gone. Kayce has seen some terrible things during military service and a lot of heartache on the ranch too. John has seen the worst of men as they try to take what’s his, and they’re both very familiar with the idea that the good in life is more rare than the bad.

“You think you’re winnin’ this game? You don’t even know the goddamned rules. But don’t worry; I’m gonna teach ’em to ya.”

This one needs no explanation, and if you’re feeling a little hot and bothered by it, you’re not alone. One of the most attractive qualities about John Dutton is the way he owns his confidence, and when he finished this one off with, “I’m gonna teach ’em to ya,” we all felt all the feelings.

“I fight for what’s right. I don’t really care who supports it.”

Another nod to John’s confidence is that he fights for what he believes most and isn’t too worried about who is next to him. It might be easy to say that the particular brand of confidence in this example is because John rarely stands alone, but you’d be surprised at how often he doubts those next to him, even those he loves. In several episodes, there are peeks into John’s vulnerability, and even though he knows a few people in his inner circle would stand next to him during any fight, he’s never going to rely on it. If he ever had to stand alone, he could — and it would be because he never stopped believing.

“Learn to be meaner than evil and still love your family and enjoy a sunrise.”

John Dutton is undoubtedly a rough around the edges guy, but that doesn’t mean he doesn’t enjoy some of the finer things in life. For him, it’s not riches and gold, nor suits and fancy ties: it’s a good sunset, your family, and learning to be meaner than evil. Why is being meaner than evil a good quality? It means he doesn’t give in to those who dare to fight him with a facade of evil because he knows where the real evil lies — within himself when necessary.

“Living day to day isn’t living, Monica, it’s surviving, with no regard for tomorrow.”

John Dutton and Monica don’t have the kind of father-in-law/daughter relationship most would dream of, but he’s been someone that Monica knows she can count on when she needs the truth. He’s also offered her deep kindness in situations where she’s felt the most alone. When John tells Monica that surviving isn’t the same thing as living, he’s giving her more than just advice — he’s allowing her to take a bite out of life and turn it into something beautiful again. Their relationship has seen its fair share of ups and downs, but their closeness in moments when they both need it is something fans really love to see. Plus, this quote is something we could all use the reminder of from time to time.

“It’s the one constant in life. You build something worth having; someone’s gonna try to take it.“

This quote is the very premise of Yellowstone, and the idea that John stands both beside and against the most. He knows that what his family has built required hard work, sacrifice, and heartache from all of them — and no matter who wants to take it, he stands tall and refuses to give it up quickly. The fight in Yellowstone for the Dutton family name goes far beyond winning a battle; it’s all built on a promise that John made to his father, he said he’d never sell even an inch of their land, and he’s not willing to turn his back on that.

A man true to his word, a character we love and admire, and an actor who has brought us several significant roles throughout his career: today is for you, Kevin Costner; we’re sending you our best for another wonderful trip around the sun.