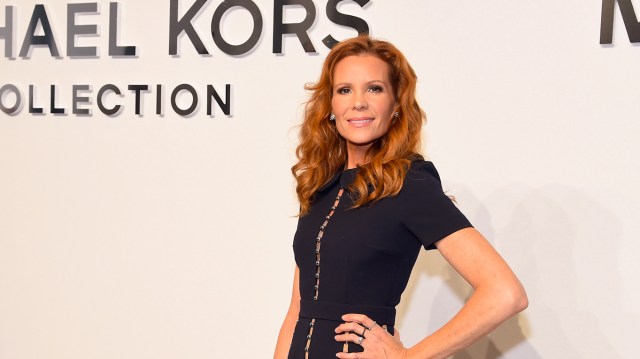 One of the coolest things (in a sea of them) about the show Cobra Kai is how it brings back old characters and continues their narratives 20 plus years later. The fifth and latest season of the show continues that tradition with the return of Robyn Lively from The Karate Kid Part III.

In the movie, Jessica Andrews become good friends with Daniel LaRusso, and that relationship continues in the new show when Andrews returns as the wife of Larusso’s cousin. Putting her in this space allows her to continue to support Larusso and help him with his current problems.

In an interview with Screen Rant, Lively revealed how she felt about returning to the decades-old character and how that was integrated into the new show. One thing Lively revealed is that she thought she was 100 percent done with the character. However, once she saw Cobra Kai, she realized there was a good chance she’d be back.

“… [As] soon as I saw Cobra Kai, and I saw what they were doing and how they were bringing back legacy characters, I was like, ‘Oh, it’s gonna happen. It’s just a matter of time.’ But I could not have imagined a smarter way to bring Jessica back.”

Lively called the idea to make her part of LaRusso’s family was “genius,” and she credited executive producers Josh Heald, Jon Hurwitz, and Hayden Schlossberg with the “thought and care” necessary to bring the character back, especially with “high expectations” from the fanbase.

“It’s gotta be so much pressure. But I think that they literally just hit it out of the park the way that they brought Jessica back into the Cobra Kai universe and the way that they weaved her into the LaRusso family. It was so smart and so good. I could not have found a better way myself. I was like this is ingenious, I love it.”

She’s a fan of the show like everyone else, she said, and she knows that the fact the show is a huge hit isn’t atypical.

“Who would have expected this? But when you see the way that they’ve done it, the creators have brought back the nostalgia, and they’ve really done such an incredible job at it. Because in the hands of anyone else it could have just been an absolute flop, but I love the way they’ve done it.”

So how did her return actually come about? Apparently it was as simple as a call to her manager asking if she would be available for an episode. She said she was crazy excited and there was “so much screaming and dancing” on set when she got to work.

What also helped was the fact that the showrunners were just as excited as she was.

“But having worked with Ralph, I hadn’t seen him since I think I was 20. Of course, I know Billy, and Billy, gave me the full tour. And then Yuji [Okumoto] and I worked together years ago, along with Thomas Ian Griffith’s wife, Mary Page Keller. So it was like a full circle. It was incredible.”

Not telling people she was on the show, she said, was “the hardest secret I’ve ever had to sit on for an entire year, let me tell you, but it was smart.”

One thing she does know, however, is that there are basically endless possibilities to grow her character in the universe.

“…  I’m telling you, the opportunities are endless. And I love the flashbacks to The Karate Kid and the callbacks to Part III. Honestly, I couldn’t have been more impressed with how they did it. I’m so glad that they waited as long as they did because I was so anxious to be a part of the show. But I feel like the timing was absolutely perfect.”

Check out the full interview over on Screen Rant. Cobra Kai is currently streaming on Netflix.