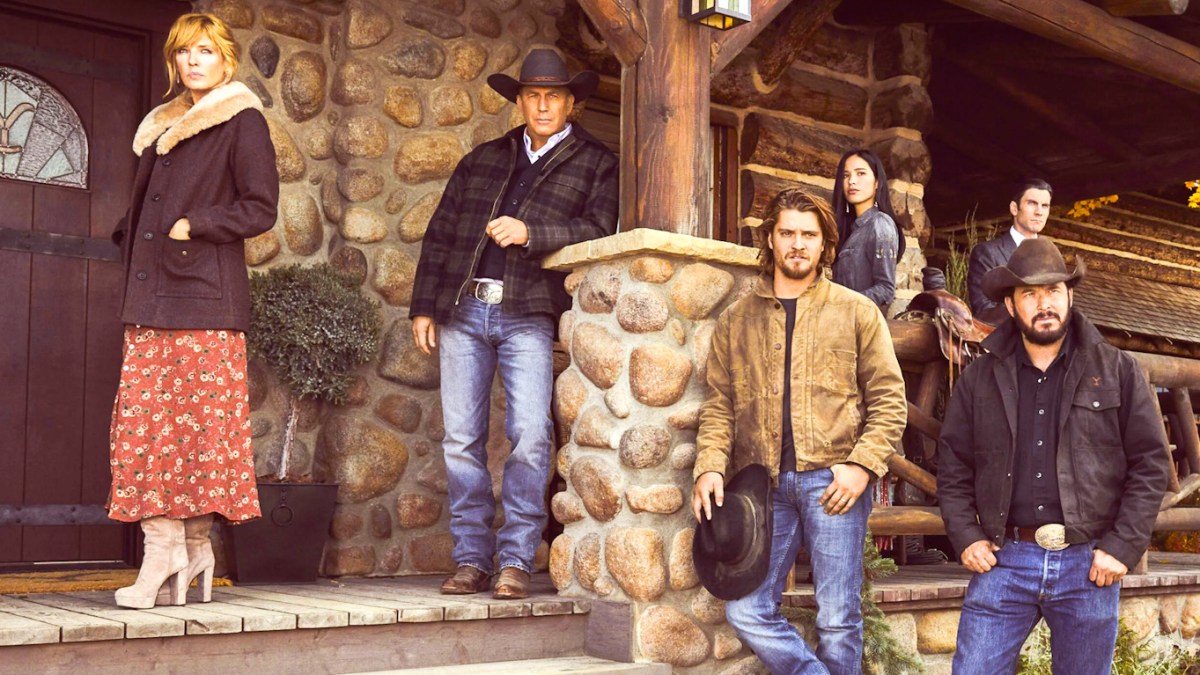 Prior to tonight, Paramount’s Yellowstone was an overlooked series far too often where awards season is concerned. But that’s changing after Kevin Costner took home the Golden Globe tonight for his work on the show and two of our favorite right-hand men took the 2023 Golden Globes stage to bring a Dutton-Esque flare to the big show. Cole Hauser and Mo Brings Plenty, who plays Rip Wheeler and Mo, respectively, took the Golden Globes stage to present the awards for Best Actress and Best Actor in a Limited Series, Anthology, or TV Movie.

The actors took the stage with smiles on their faces as they looked out into the audience; when Cole asked Mo if he was okay, the two took a moment to talk about that “we’re not in Kansas anymore feeling.”

“We are definitely not on the Lakota Reservation anymore – that’s for sure,” Mo noted as Cole laughed and said they certainly were not. The two also gave fans a short description of Yellowstone and how it was much like something else the awards show set out to honor.

“Yellowstone is a drama about a family business set on a ranch in Montana and the ruthless pursuit of power, greed, lying, avarice, and narcissism.”

Cole finished by noting that there’s something ironic about that statement, “It’s basically Hollywood on horseback,” he laughed before announcing the nominees and winners in each category. Amanda Seyfried won for her performance in The Dropout, while Evan Peters took the Globe for his performance in Dahmer.

Of course, fans were thrilled for those who won in their respective categories, but Yellowstone die-hards were just thrilled to see actors from our favorite series on the stage. As we said before, Yellowstone isn’t usually recognized during awards season, at least not to the degree that fans believe it deserves.

Some fans called their presentation the best part of the 2023 Golden Globes.

Audiences also loved seeing a cowboy hat on stage at the Globes, and we have to agree — Mo does make a cowboy hat look dang good.

Here’s to a little bit of Yellowstone hitting the Golden Globes stage and way more of it in the future.