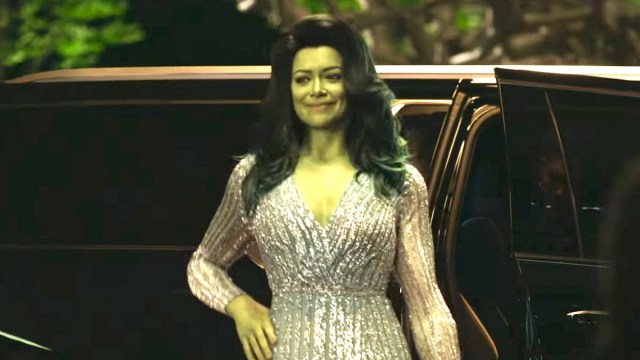 The hype for the upcoming Marvel Studios series She-Hulk: Attorney at Law hit some brand new heights after that exciting new trailer yesterday. From Jennifer Walters’ Hulk-focused training sessions with Bruce Banner, more teasers for Titania, and the refreshingly low stakes with respect to some of the MCU’s other projects, the latest Marvel shows could turn out to be a fan favorite.

And while the MCU has effectively evolved into its own beast despite its roots in the comic book genre, the franchise has never shied away from dropping a couple of nuggets and easter eggs for comic faithfuls to smile and nod at. One of the earlier She-Hulk trailers did this with a fleeting shot of Frog-Man, and they did it again yesterday with appearances from Man-Bull and El Águila of Marvel Comics obscurity.

And perhaps more than anyone, the resurgent fans over at r/marvelstudios have eaten these teasers up.

One user expressed their excitement that She-Hulk is set to go deep into the world of the MCU without complicating it with too many new stories; adding cameos (at the very least) for some of these underrepresented characters that don’t get involved with flashy superhero antics could allow a superhuman world to breathe more naturally.

One other responder crossed their fingers for the debut of Heroes for Hire in the MCU, simultaneously revealing themself to be an El Águila stan.

And since the two characters will likely act as Jennifer’s clients, one other user compared the plight of She-Hulk to that of The Boys, where she’s setting out to deal with superhumans that got a bit too big for their britches, minus the Kripke-grade depravity, we hope.