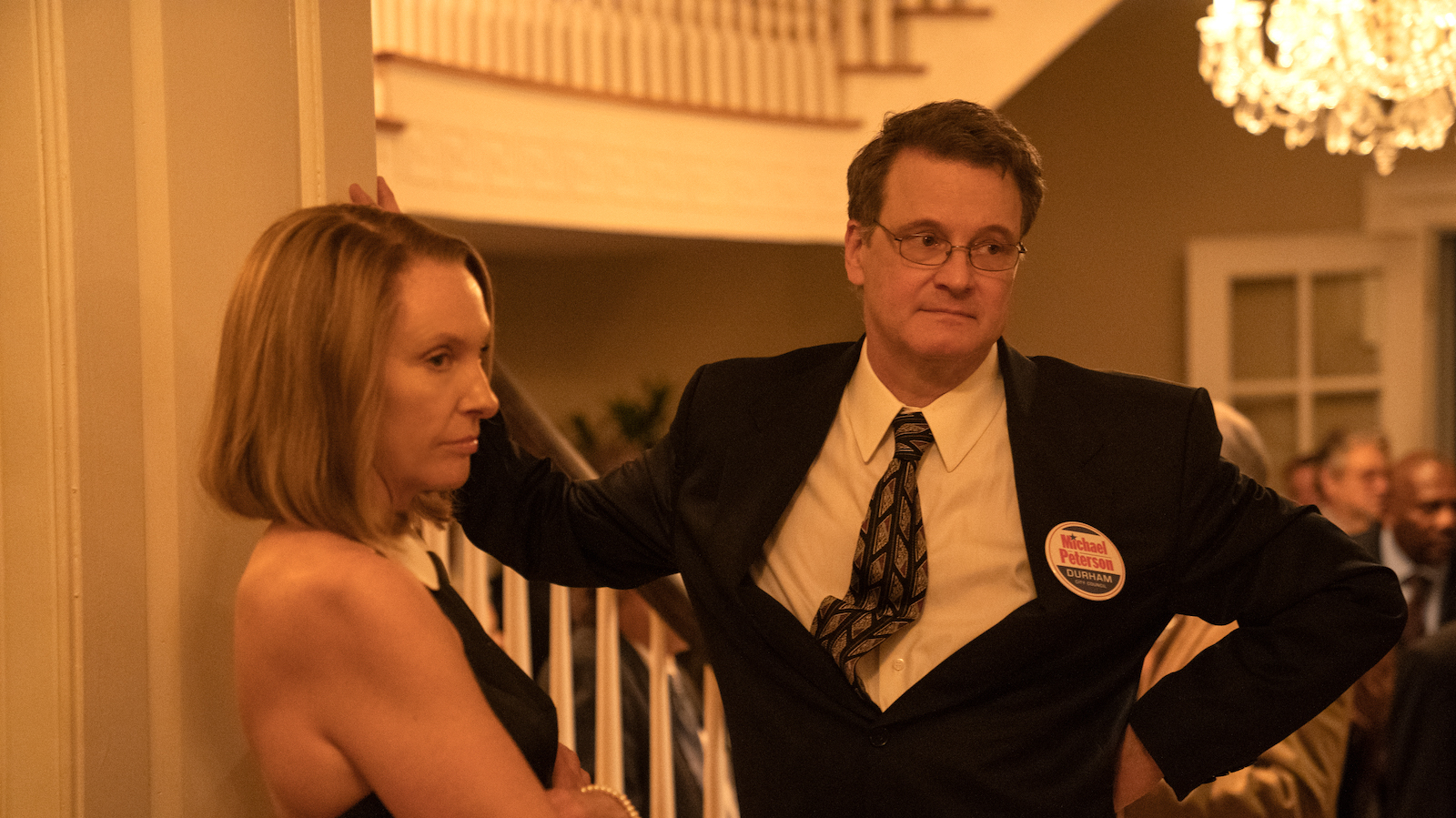 Critics and fans have finally had the opportunity to see HBO’s newest true-crime drama series The Staircase and things have been overwhelmingly positive.

Currently, the series boasts a 94 percent critics score on Rotten Tomatoes alongside an 84 percent audience score — though few audience members have submitted their own reviews at the time of publishing.

Across the board, critics are praising the show for capturing the complex true story. One highlight appears to be star Colin Firth’s portrayal of accused murderer Michael Peterson. CNN’s Brian Lowry praises Firth for his “riveting work as the hard-to-read suspect elevates this HBO Max limited series several steps above standard true-crime fare”.

Similarly, co-star Toni Collette has been praised for her performance as Kathlene Peterson which many highlighted as one of the series’ best aspects.

HBO’s The Staircase is based on the 2004 docuseries Death on the Staircase created by Jean-Xavier de Lestrade. In this series, the crew investigated the murder investigation around Kathlene Peterson’s death and the trial of Michael Peterson that followed.

Some of the few criticisms of the show from critics have included the fact that it may not have lived up to what was created with the original docu-series.

Alongside Firth and Collette The Staircase boasts a cast of stars including Parker Posey, Sophie Turner, Michael Stuhlbarg, and Dane DeHaan.

The first three episodes of the series are now available to stream on HBO Max and will be joined by a new episode on Thursday each week until the eight-episode run concludes.