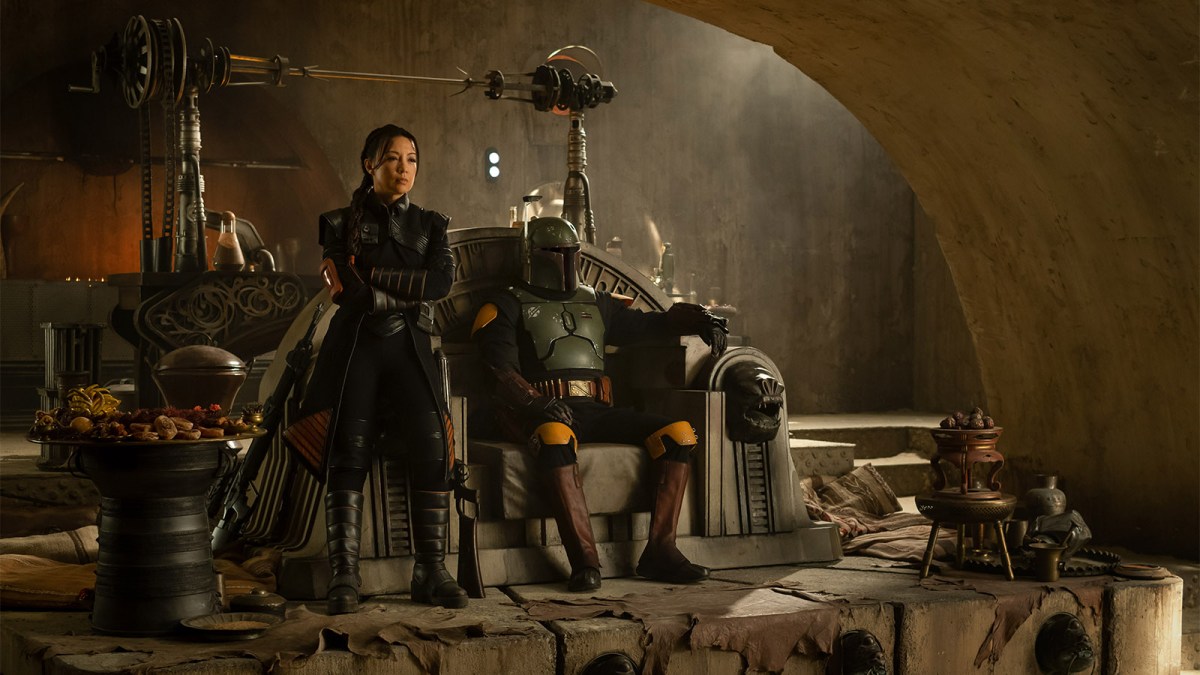 Warning: This article contains spoilers and potential spoilers for The Book of Boba Fett.

The Book of Boba Fett is already sending fans of the extended Star Wars canon into a tizzy with its latest character reveal but many of them are already salivating over the idea that this appearance is merely an appetizer to a more sumptuous feast of comic book/live-action crossover. And one character, in particular, is getting a fresh spotlight on social media. With the door to the comic book properties now firmly ajar, fans are sharing a new hope that one of the best antiheroes in the canon may be headed to a streaming galaxy near you.

Be warned that spoilers follow below. Proceed at your own risk.

Fans of the Marvel Star Wars comics who have seen the second episode of the series have already spotted Wookiee bounty hunter Black Krrsantan as one of the Hutt twins’ bodyguards. And in the great fandom tradition, many immediately began speculating that Krrsantan’s appearance may be the harbinger of a live-action Doctor Aphra.

Doctor Aphra, aka Chelli Lona Aphra, is a rogue archaeologist antihero from the pages of Marvel’s Star Wars: Darth Vader Comic book. The character has become a breakout star among comic fans since her first appearance in 2015. Aphra’s creator Kieron Gillen described her to Star Wars.com as something of an Indiana Jones type, but with “inverted ethics” that combine heroic and not so heroic motivations. “You do see her do good things and bad things.” said Gillen, adding, “She has this very fun-loving attitude, she’s very fun to be around, but she’s really bad as a person.”

Aphra also has more than a little of the swagger and bluff that made Han Solo such a longtime franchise favorite. CBR has stated that Aphra is “clearly inspired by Han Solo.” Furthermore, she and her two assassin droids, BeeTee and Triple Zero, not to mention her occasional partner Black Krrsantan are intended to be “dark inversions of the main heroes of the Original Trilogy.”

Aphra has appeared as a playable character in the mobile strategy game Star Wars: Force Arena, but has so far not made it into the animated or live-action Star Wars Universe as yet.

If she were to appear in The Book of Boba Fett, it would have to be as a surprise guest — or possibly in a last-episode reveal — as the role has not appeared publicly. It may be that Black Krrsantan’s appearance is nothing more than a nod and wink to hardcore fans. But that possibility doesn’t mean people aren’t still crossing their fingers in hopes of seeing the character soon. If not in The Book of Boba Fett, perhaps in a series of her own.

For now, fans will just have to wait and see what the rest of the series holds in store. There are five more episodes set to drop before it wraps up its run next month. The first two episodes of The Book of Boba Fett, including a new episode 2 installment garnering praise, are currently available to stream on Disney Plus.