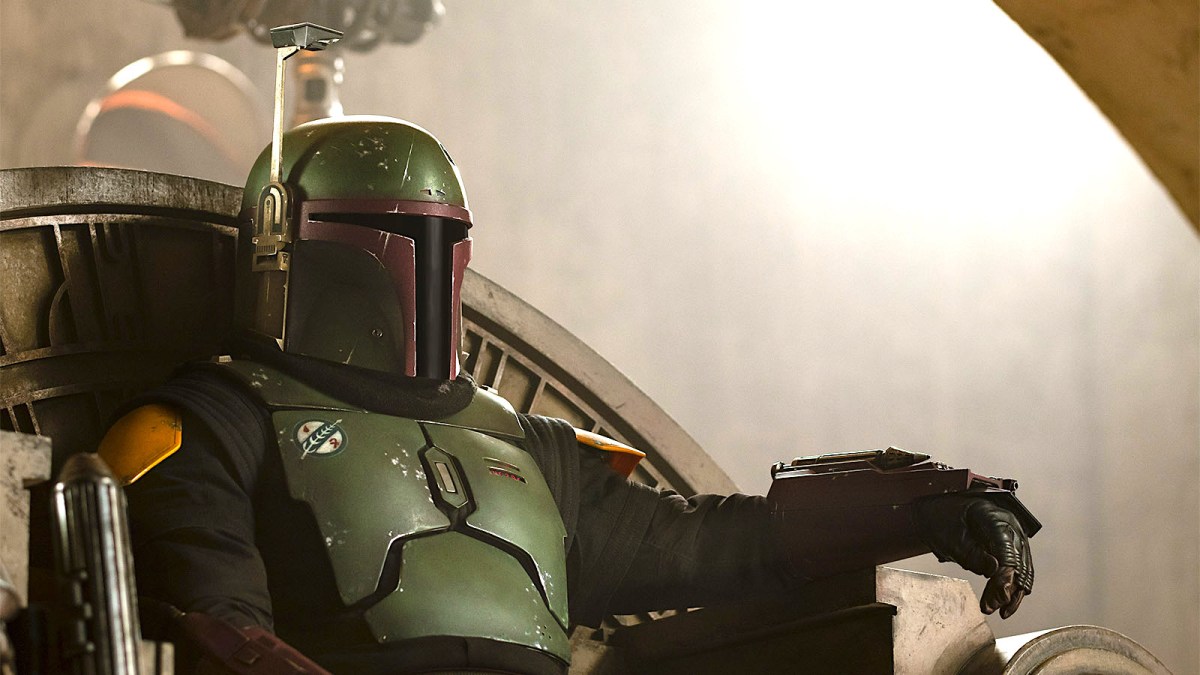 The second episode of The Book of Boba Fett has dropped, and deep canon fans are exhilarated after spotting a fan favorite from the Marvel Star Wars comic titles. Predictably, Twitter and other social media sites are atwitter over what the character’s appearance implies for the Star Wars Comic books as canon, whether it means we’ll soon see other characters from the various titles, and just expressing utter disbelief and joy that their fave has finally made it to the screen.

Be warned that spoilers follow below. Proceed at your own risk.

Black Krrsantan has arrived. The Wookiee assassin made his live-action debut in this week’s Episode Two: The Tribes of Tatooine and fans immediately noticed his appearance was identical to the comics’ character right down to his spiked shoulder pads.

Black Krrsantan is in the employ of a pair of Hutt siblings who arrive in Mos Espa to try and wrest the title of Daimyo from Fett. However, the character has a long pre-existing presence in the Star Wars canon, making his first appearance in a 2015 issue of Marvel’s Star Wars. Krrsantan was forced to flee the Wookiee homeworld of Kashyyyk and began his career first as a pit gladiator and then as a bounty hunter in the service of Fett’s former boss and predecessor as Daimyo, Jabba the Hutt.

Fans are already wondering what Black Krrsantan’s appearance bodes for other character appearances in the series. Krrsantan has ties to original Empire Strikes Back bounty hunter, the Trandoshan, Bossk, who’s been popular with fans since the 1980s. But the biggest bit of speculation is whether Krrsantan’s appearance presages an eventual live-action incarnation of comics’ fave Doctor Aphra.

Aphra, aka Doctor Chelli Lona Aphra is a breakout star from Marvel’s 2015 Star Wars: Darth Vader comic book series. Aphra is a criminal archaeologist, recruited by the Sith Lord to aid in his nefarious schemes. CBR has described Aphra as an “evil version” of Han Solo and IGN states, “Aphra has all of Han’s swaggery, scoundrel-y charm, but little of his noble streak.”