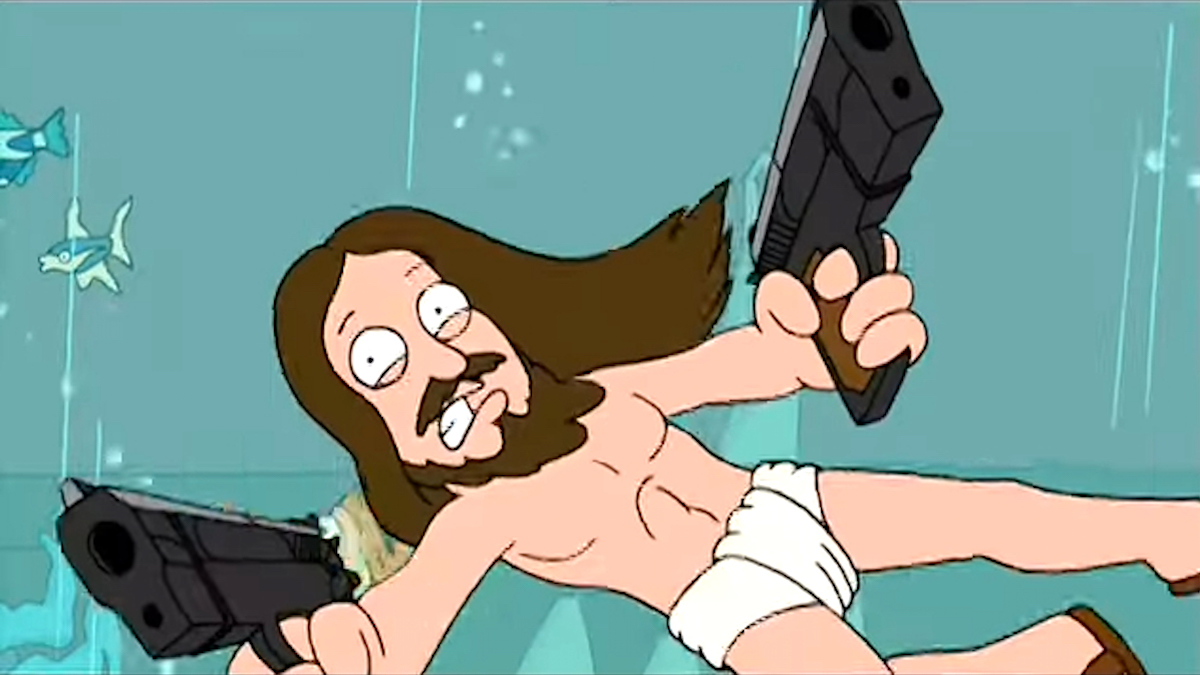 There’s no shortage of claims that animated shows like Family Guy or The Simpsons are eerily psychic when it comes to predicting pop culture phenomena. From Caitlyn Jenner’s public transition to Donald Trump being elected President, these shows have proven time and time again that they know what they’re doing, even if we almost wish they didn’t.

Now that it’s been revealed controversial actor and director Mel Gibson is making a sequel to his box-office hit movie The Passion of the Christ (2004) – this one titled Passion of the Christ: Resurrection – all eyes are locked on a decade-old episode of Family Guy in which it appears the animated comedy show predicted the recent turn of events.

After the runaway success of Passion of the Christ, which made $612 million on a $30 million budget, it makes sense, strictly from a business standpoint, why the movie would see a sequel. According to Newsmax, Passion of the Christ: Resurrection will begin filming in the next few months and premiere sometime in 2023 with Mel Gibson returning to direct and Jim Caviezel reprising his role as the Catholic messiah, Jesus Christ.

Caviezel’s return is somewhat surprising, if you ask us, given he was struck by lightning on set for the first one and suffered a series of physical injuries like dislocating his shoulder and practically biting off his tongue after being knocked off the cross, according to an interview he did with Fox News, but we digress.

Outside of the fact the first film took home mounds of dough at the box office, the decision for a sequel is a head-scratcher, especially given Gibson’s pock-marked past, Caviezel’s relationship with the Trump-supporting conspiracy theorist group known as QAnon, and the first film’s overall gratuitous nature.

All that to say, Family Guy fans are taking full credit for the recent turn of events, recalling a decade-old episode that makes it seem, once again, that the animated comedy show actually did predict the future.

Did Family Guy actually predict the new ‘Passion of the Christ: Resurrection’ sequel?

At face value, yes, it does appear that Family Guy predicted there would be a sequel to The Passion of the Christ. That said, its prediction is very much outside the scope of what one can reasonably refer to as an accurate description, given its “prediction” hit only one of two points.

Premiering in 2004, Family Guy released an episode titled “North by North Quahog.” In it, Peter and Lois go on their second honeymoon, and while there, Peter sneaks into Mel Gibson’s hotel room and steals the sequel to The Passion of the Christ. In the Family Guy episode, the sequel is titled Passion of the Christ 2: Crucify This and stars Chris Tucker and Jim Caviezel (yes, the very one).

Because the first mention of the real-life The Passion of the Christ sequel was not formally addressed by Gibson until 2016 in an interview with USA Today, it appears Family Guy did in fact predict a sequel would be made. Jesus’ resurrection is of course the obvious next step in the Catholic messiah’s journey, so how much of a prediction was actually made is up to interpretation.

Nevertheless, Family Guy did what we love so much to see. It predicted that something would happen before it happened, whether or not we actually wanted it to happen. Let the online discourse surrounding The Passion of the Christ sequel begin.