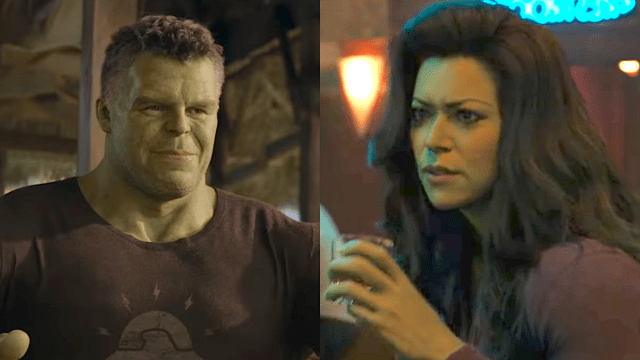 Jennifer Walters is finally getting her own show and MCU fans cannot wait to watch. A once-ordinary superhero lawyer, Walters needs to get a blood transfusion from her cousin, the one and only Bruce Banner, that contains gamma radiation. After the transfer, Walters finds herself in the form of She-Hulk. Fans of the MCU are curious to know if Jennifer Walters and She-Hulk share a power set with her cousin Bruce Banner and the Hulk.

Once Jennifer Walters becomes She-Hulk, she does have many of the same powers and characteristics that the Hulk has. One of the obvious ones that she has is super strength. Super strength is the main focal point behind the Hulk and She-Hulk characters, thus it makes sense for both to possess it, and a large amount of it.

The strength that She-Hulk has makes her the clear strongest super-woman within the MCU. One of the physical traits that both Hulk and She-Hulk have in common is size compared to the rest of society. Both heroes are quite taller and have much more physical muscle mass than most of society and regular people. Another of the pros that naturally comes with extra size and muscle is the inability to be hurt and feel pain, unless at a massive level.

MCU fans have seen how much it takes to even slightly faze or injure the Hulk, and that will be no different with She-Hulk when she takes the screen. The different biology that both Hulk and She-Hulk’s skin take after the introduction to the gamma radiation also makes it incredibly easy for both to withstand intense temperatures that hit their body. The Hulk also gifted She-Hulk the great ability to heal and recover quickly, something that has proven very useful for the Hulk while in the field.

Does She-Hulk have powers the Hulk does not?

While it is clear that She-Hulk did get a lot of the same powers as the Hulk, there are a few that are different. From the start, She-Hulk has always had the ability to go from Jennifer to She-Hulk whenever she wanted, something that the Hulk had to practice and work at to be able to do. Another thing that She-Hulk can do right from the jump is keep her intelligence and her personality when she transforms to She-Hulk, another thing that the Hulk can do now, but could not do at first.