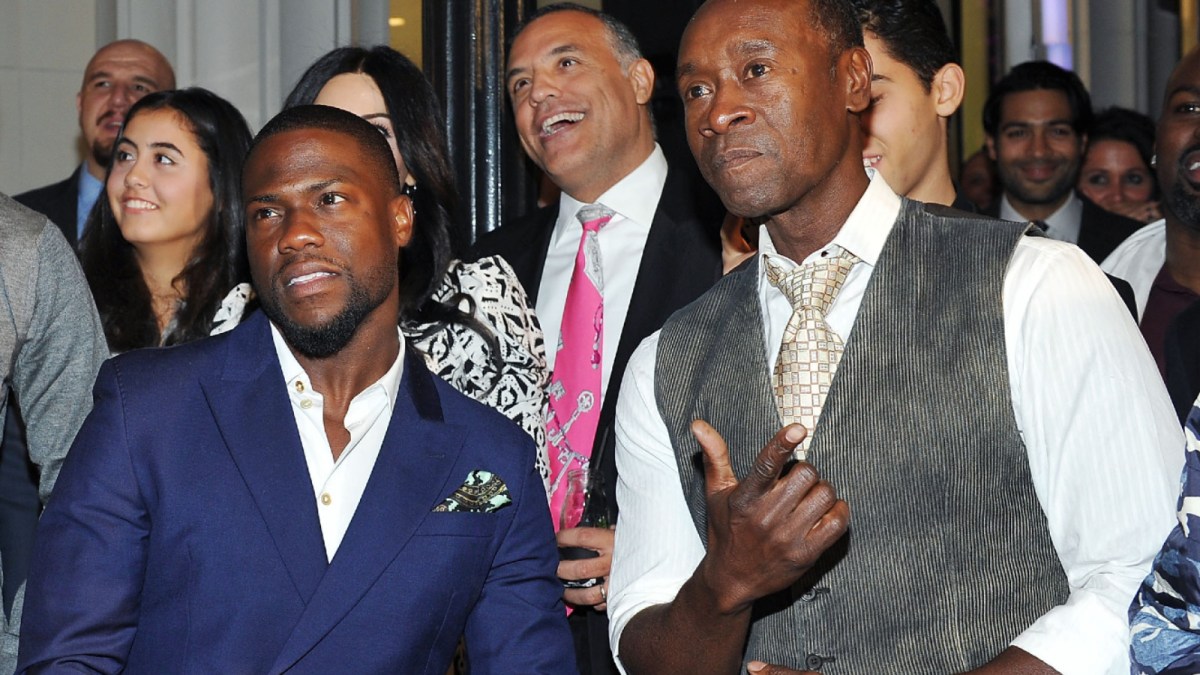 In the past, some of Kevin Hart‘s jokes have landed the comedian in hot water with the general public.

One particular instance occurred on Aug. 5, 2021, during the debut of Hart’s talk show Hart to Heart, when he was joined by his longtime friend and actor Don Cheadle. In the viral interview, which later became a meme thanks to Twitter, Cheadle was seen discussing the importance of generational wealth when he revealed his age. At the time, the MCU alum was 56 years old.

Immediately following his admission, Hart blurted out the word, “Damn”. As Cheadle glared at Hart, the star ultimately apologized for his reaction. When Hart uploaded that specific clip on his official social media accounts to promote the show, many would call him out because they claimed his comment about Cheadle’s age was insensitive.

On Aug. 13, 2021, Cheadle defended Hart on Twitter and explained their friendship dynamic by sharing other details that went on in the show. While commenting on a fan’s tweet, he wrote, “EVERYBODY, please watch the entire episode. on top of understanding that this is just how we play it’s a really good one, I think. the first question he asks me is, “drugs; do you do them?” in the parking lot I said he looked like a black-o-lantern in that suit. It’s just us.”

More than a year after that controversial clip, on Dec. 7, Cheadle revealed on The Jennifer Hudson Show that he and Hart are working on a new project. When Jennifer Hudson asked Cheadle about his initial reaction to the video and fans’ overwhelming response, the Avengers Endgame star shared at the 2:27 mark that he knew they had to collaborate on something.

“It’s really funny because after… the thing went bananas, I texted him, he was like ‘this is crazy. I’m like we have to come up with [something].”

Further in the conversation, Cheadle disclosed that he pitched an idea to Hart and both men are in the process of “developing it.” He said,

“So I had an idea that I pitched to him and we started developing it and we’ll see where it goes. But there’s stuff that came out of it.”

Since then, additional details about the project, including its plot and name, have yet to be released. This potential project would be one of many times Cheadle and Hart have worked together. Cheadle made a cameo in Hart’s 2016 film and stand-up special What Now.