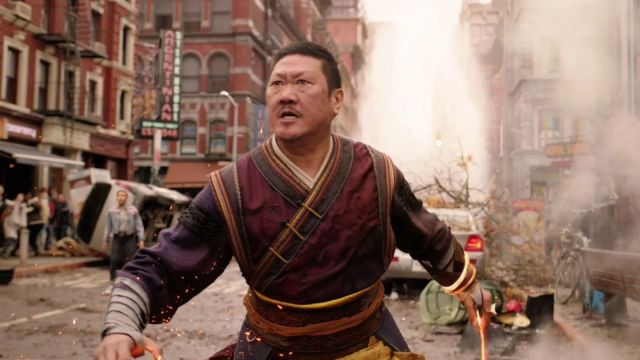 One of the Marvel fanbase’s most beloved characters, Wong, is being highlighted by reviewers for his importance in She-Hulk: Attorney at Law.

Played by the perfectly named actor Benedict Wong, the character was confirmed to appear in the Disney Plus series after the first trailer dropped. In what is truly become Phase Wong, he’s a star in his latest appearance according to early reviews. The series had a premiere and red (sorry, green) carpet event which saw the first two episodes shown.

A reviewer present at the screening in particular singled out Benedict Wong’s character, saying his appearance not only fixes up the very malleable timeline issues in the Marvel Cinematic Universe, but gives him new levels of depth. It’s time Marvel give the people what they truly desire though: a Wong series.

She-Hulk’s cast sees not only Wong get a slice of the Disney Plus action, but also Mark Ruffalo’s Hulk, Tim Roth’s Abomination, and Charlie Cox back as Daredevil. The series looks to be a much lighter and more outright comedic than an attempted mix of comedy and drama like most Marvel properties.

It’s interesting to note that the series is coming after Thor: Love and Thunder had been criticized for a tonal imbalance, with a bit of whiplash from how fast it went from a comedic scene to an emotionally charged one. She-Hulk as a character is deeply comedic, with her one of the few characters in the comics canon who regularly breaks the fourth wall outside of Deadpool.

She-Hulk: Attorney at Law will debut on Disney Plus from Aug. 18, with Kevin Feige previously saying the character will eventually pop up in future films.