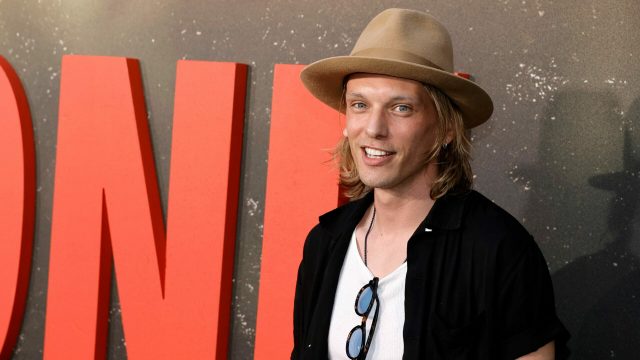 Stranger Things‘ fourth season introduced fans to many things, one of which is an evil, but somehow mesmerizing character, Vecna. Jamie Campbell Bower brings Vecna’s multifaceted personality to life, and while he’s entertaining in the series, a recent YouTube video has us all in stitches.

When Bower is asked to read tweets and watch videos from Stranger Things fans, he comes across a word that initially throws him for a loop as much as it intrigues him. The second fan video first introduces him to the term: Vecnussy.

With a look of sheer excitement on his face, Bower asked what a “Vecnussy” was while trying to make sense of the word as he repeated it.

“The Vecnussy, is that the butt cheeks? Is this what they’re saying? Is this the Vecnussy, I’m popping my Vecnussy…it’s my bum cheeks? If that’s the case, I’m very grateful. Thank you so much.”

Of course, that wasn’t the only time the ‘Vecnussy’ was brought up in the video — or the only time he brought it up himself. Once he heard the word and tried to figure out what it meant, he just couldn’t stop saying it!

If the Vecnussy wasn’t shocking enough for Bower, there was also the video where a user was curious about the size of — well, his ding dong, and his response was absolutely perfect.

He continued to grow more scandalized as TikTokers did everything from “lick his nasal cavity — uninvited” to questioning his reason for beefing with high schoolers at the “ripe age of 40,” which left Bower feeling quite taken aback.

There was also the hilarious Tweet of someone changing their Wifi name to Vecnussy, which inspired Bower to change his phone name to Vecnussy so that he could “airdrop people pictures of Vecna’s bum cheeks.” We’re really sensing a theme here.

Of course, still sensing that he might be close to realizing what a Vecnussy is, he said that he put “as much as he had of his Vecnussy into Stranger Things,” asking fans to help him find his Vecnussy so that he could now “put it into something else.”

That’s an interesting turn of conversation, isn’t it?

You can see Bower as Vecna in Stranger Things season 4, now streaming on Netflix.