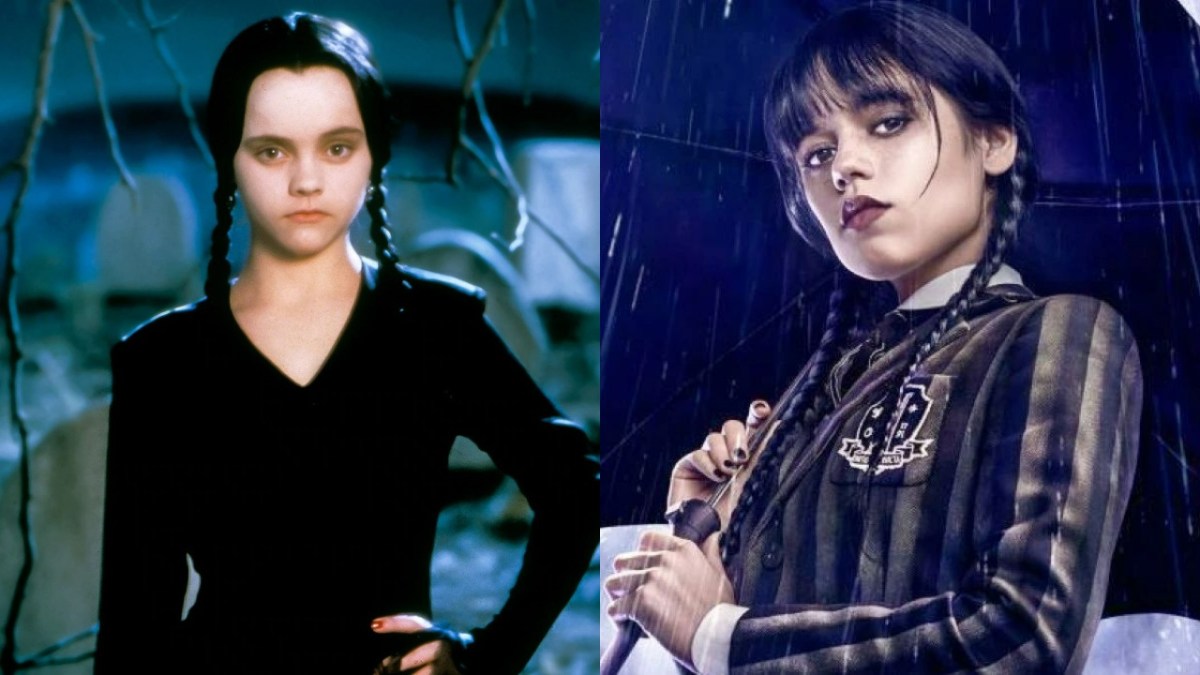 Although once just part of the pack, Wednesday Addams has risen up the ranks to become arguably the most popular member of the Addams family. While everybody loves Gomez and Morticia and their passionate love affair, there’s just something about their outré eldest offspring that fans just can’t get enough of. And a lot of her popularity stems from the various actresses who have brought her to gloomy life over the years.

While most of the Addams have remained relatively consistent since the 1960s sitcom that translated the mysterious and spooky clan to our screens for the first time, Wednesday has enjoyed a constant evolution over the decades. While she was once depicted as a small child, we’re now getting an adolescent take on the character in Netflix’s smash-hit TV series Wednesday

So with Jenna Ortega’s interpretation taking the world by storm, let’s see how she fares among the other Wednesdays that have come before her…

Someone has to bring up the bottom of our ranking and that (dis)honor unfortunately falls to Cindy Henderson, the voice of Wednesday in the 1970s Addams Family animated series. To modern viewers, Henderson’s Wednesday will come as a big shock as she is the exact opposite of pop culture’s perception of the clan’s oldest child. She’s perky, cheerful and — shock horror — wears pink!

Just as the 1970s series is little-remembered these days, so is the 1990s animated show that followed the success of the ’90s films. Like its forebear, this one is also much lighter and more child-friendly than the live-action productions and so Debi Derryberry must also come near the rear of the ranking (despite having a name that sounds like she hails from the Addams universe herself).

Nicole Fugere had the near-impossible job of following up Christina Ricci’s performance as Wednesday in both 1998’s TV movie Addams Family Reunion and its follow-up series, The New Addams Family, which ran for 65 episodes. Fugere does a solid job of emulating Ricci’s dead-eyed mean girl, thereby doing her bit to cement the public’s perceptions of the character as the scariest Addams family member.

The recent animated Addams Family movies are sadly not among the franchise’s finest entries, but you can’t fault the casting. Alongside Oscar Isaac and Charlize Theron as her parents, Chloë Grace Moretz does an exceptional job of nailing Wednesday’s flat, melancholic speaking patterns, although her characterization across the films veers into sacrilegious territory (stop putting Wednesday in pink, people!).

Although John Astin and Carolyn Jones have cast long shadows over the characters of Gomez and Morticia, Lisa Loring’s contributions to the role of Wednesday are often unfairly overlooked these days in favor of those that have come after her. That’s a shame as Loring was a gifted young actress who imbued Wednesday with a sweetness that humorously contrasted with her macabre tastes and she built a strong foundation for others to build on.

You have to give Tim Burton and his casting team credit — they could not have hired anyone better to play the title role in Wednesday than Jenna Ortega. From her suitable hatred of pilgrims to her bizarre childhood interest in animal autopsies, Ortega simply is Wednesday and Wednesday is Ortega. While Wednesday is not without its flaws, Ortega is never less than exceptional and we hope to see much more of her in the role. You listening, Netflix?

And yet, as amazing as Ortega is, Christina Ricci remains the Wednesday that all others are judged against. The Yellowjackets actress deserves a lot of the credit for transforming Wednesday into the goth icon she is today, in fact, as her performances in 1991’s first live-action film and its peerless 1993 sequel Addams Family Values managed to steal the show away from her super-talented older co-stars. Ricci somehow manages to be charismatic, hilarious, scathing, and terrifying all at once. There’s a reason she was invited back, to play a very different character, in Wednesday.

Wednesday is streaming now on Netflix.