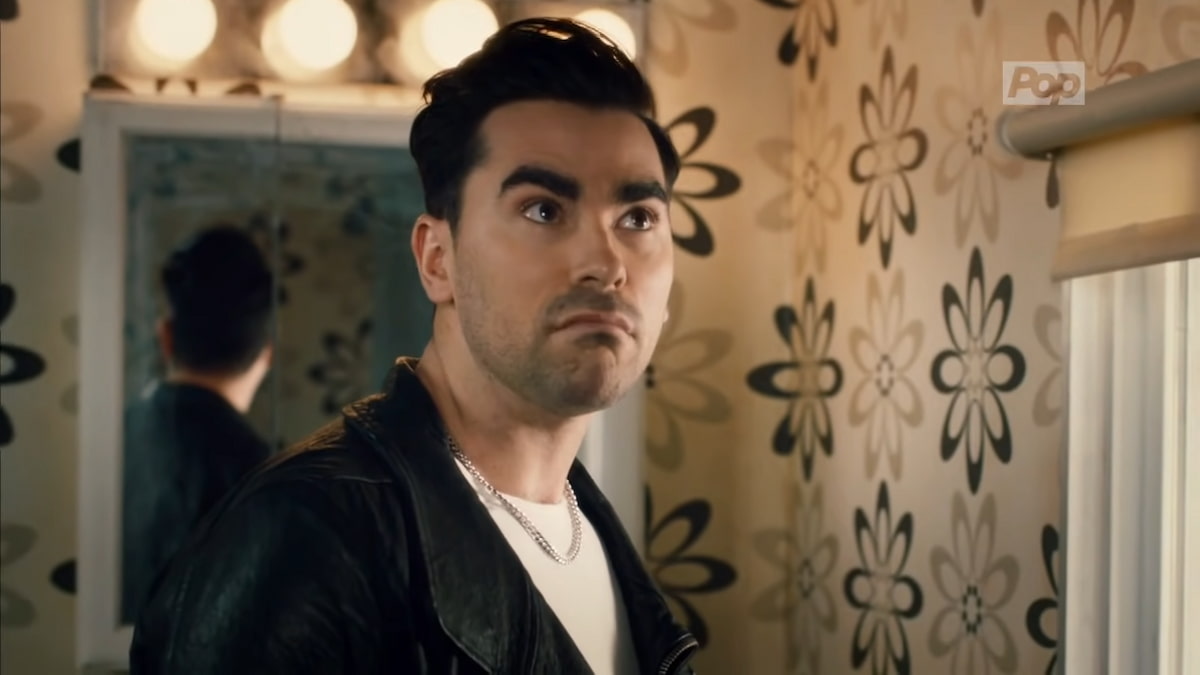 Image via Not a Real Company Productions

If you’re a fan of sitcoms, then you should be fairly familiar with the catchphrase “Ew David.” So, for those who are curious about where this phrase came from, this article will provide you with the answer to that question… and more.

The catchphrase “Ew David” originated from the Canadian sitcom Schitt’s Creek, which aired on CBC Television from 2015 to 2020. The series consisted of an overall 80 episodes across six seasons. The catchphrase “Ew David” was famously uttered by Alexis (played by Annie Murphy), who is David’s sister, after he said the phrase “Everyone’s trying to get their greasy hands on their cheese” in the fifth episode of the fourth season.

Weirdly enough, the catchphrase “Ew David” was only said twice in the same episode, though Alexis does say “ew” a lot, the phrase “Ew David” was made famous and was doubled down into people’s minds when merchandise such as t-shirts and mugs became available with that same phrase printed on them.

What is Schitt’s Creek about?

Produced by Not a Real Company Productions and created by Dan Levy and his father, Eugene Levy, Schitt’s Creek is about the wealthy Rose family, who unfortunately lose their fortune and their family business goes down in flames. With no options left, the Rose family are forced to live in Schitt’s Creek, a small town they purchased as a joke.

Now living in a motel, Johnny Rose (Eugene Levy) and Moira Rose (Catherine O’Hara) along with their adult children, David Rose (Dan Levy) and Alexis Rose (Annie Murphy), must adjust to their new lives without wealth.