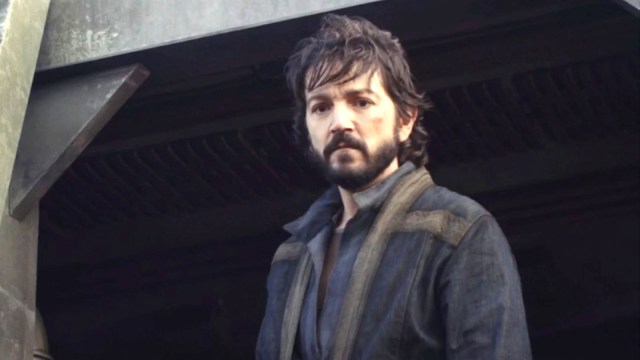 The super-sized three-part premiere of Andor just landed on Disney Plus this Wednesday, and Star Wars fans are on cloud (city) nine. It’s no secret that much of the Mouse House era of the saga has disappointed the not-so-faithful fandom. Sure, The Mandalorian was a big W, but the goofier elements of the likes of The Book of Boba Fett, The Rise of Skywalker and even Obi-Wan Kenobi have dragged down the quality in the eyes of many.

So naturally, those who were hungering for something more humorless are loving Andor, which has got to be the grittiest piece of Star Wars media we’ve had to date. Rogue One itself was already pretty dour, what with its tragic ending, but the serious, grounded tone has been taken to a whole other level by showrunner Tony Gilroy here, with an air of gloom and misery pervading the whole thing. And people can’t get enough of it.

Anyone else getting Blade Runner vibes?

Andor has to be the least Disney-esque Disney Plus original.

Meanwhile, the folks over on Reddit couldn’t stop showering praise on Andor‘s strong grasp of tone, noting the way that it’s far “less hopeful” than most Star Wars stories.

Usually the words “despair,” “drab,” “ugly,” and “painful” wouldn’t be used as positives, but here we are.

Andor is definitely a stellar examination of the working-class person’s perception of the Star Wars galaxy.

Obviously, Andor isn’t just wall-to-wall bleakness. There’s Cassian’s loyal droid B2EMO, for example, who fans are already prepared to die for. But the series may well have fixed a problem that’s plagued Star Wars for decades by cutting back on the sillier end of its sense of humor.

Andor continues its 12-part first — possibly only — season Wednesdays on Disney Plus.