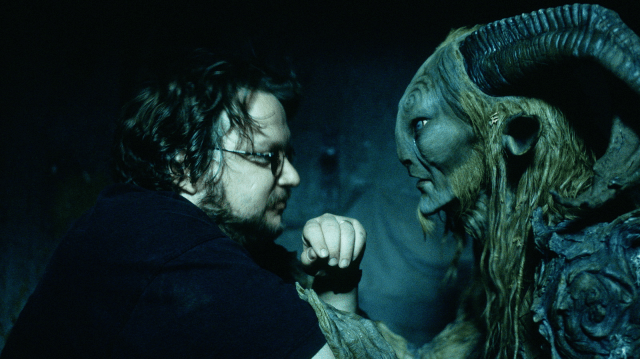 Indeed, to the surprise of absolutely no one, Guillermo del Toro‘s upcoming horror anthology Cabinet of Curiosities is already getting the thumbs up from those lucky enough to have previewed it. Among this group is none other than horror legend Stephen King, who readily divulged his approval for del Toro’s latest venture on Twitter earlier today.

The oft-adapted Stephen King has never shied away from hyping up projects that he deems worthy of such, and with his name firmly etched into the history of the horror genre, fans have rarely found themselves regretting trusting his judgment.

Guillermo del Toro’s Cabinet of Curiosities, borrowing cheekily from the name of del Toro’s annotated glimpse into his imagination, is a collection of eight short horror films by some of the best in the business, curated by the creator himself. Alongside del Toro, who created two of the eight episodes, selected directors include Panos Cosmatos (Mandy), Ana Lily Amirpour (A Girl Walks Home Alone at Night, The Twilight Zone), and Jennifer Kent (The Babadook), among others.

With the absolutely cosmic levels of star power going on with Cabinet of Curiosities, having an audience tune in for it seemed inevitable. Nevertheless, in King Twitter trusts, and his endorsement will surely only boost the viewing hours that were going del Toro’s way regardless.

The first two of the eight episodes of Guillermo del Toro’s Cabinet of Curiosities will premiere on Oct. 25, with additional episodes releasing in pairs until the final two release on Oct. 28.