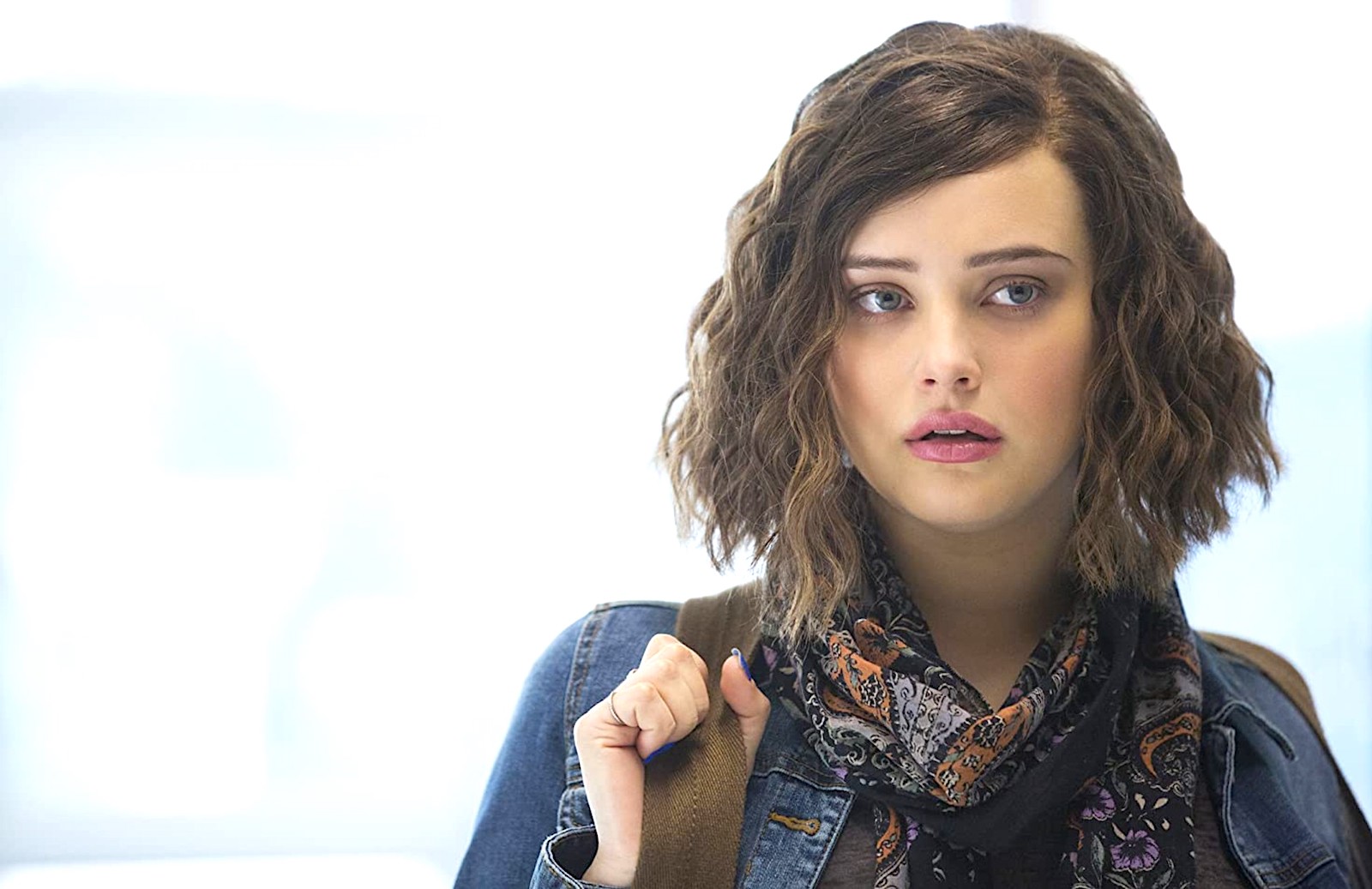 Content Warning: This story contains discussion about suicide and suicidal ideation, sexual assault, and other sensitive topics as depicted in the Netflix Original series 13 Reasons Why.

Anyone who has seen 13 Reasons Why knows that the show is a profoundly emotional examination of sensitive subject matter involving teenagers navigating the highs and lows of high school. One of the main characters in season one is a girl named Hannah Baker who, after moving to town and experiencing a series of devastating events, takes her own life.

After her death, her former coworker Clay Jensen receives a box of recorded tapes explaining the 13 reasons why Hannah took her life, propelling him into a journey of self-examination that will ultimately shine a light on what Hannah experienced and whether or not Clay was one of the people responsible for her death.

Here’s a breakdown of what Clay learned from the tapes, the combination of which led Hannah to make her decision.

One of the reasons why Hannah felt overwhelmed at her high school dates back to a date she went on with Justin Foley. While they were sitting on a set of swings together at the park, he took a racy photo of her that revealed a lot more than she was comfortable with. The picture ended up spreading around the school and encouraging rumors of a sexual nature to swirl around Hannah. Even though she and Justin didn’t actually hook up on the date, many of her classmates believed her to be a promiscuous girl and began circulating that rumor.

Hannah had a fight with Jessica Davis

When Jessica Davis thought that Hannah was the reason why Alex Standall broke up with her, she took her anger out on Hannah. More specifically, she took out her anger on Hannah‘s face. She falsely accused Hannah of being the reason for the split and slapped Hannah across the face. Hannah was absolutely devastated and heartbroken in that moment, because she felt like she’d lost both of her best friends in one fell swoop. When Hannah was a brand new student at her school, Jessica and Alex were the first people she related to and felt comfortable hanging out with. Feeling like she lost them both at one time was difficult for her to stomach.

Alex added Hannah’s name to a sexist list on campus

After Alex found himself growing more and more frustrated with Jessica (who wasn’t ready to hook up with him just yet), he decided that the best way to get her back would be to get revenge. When the boys on campus started writing up a list of girls with the best bodies on campus, Alex put Hannah‘s name on the list but deliberately left Jessica‘s name off of it. Hannah didn’t want to be on the list because she never wanted the boys at school to sexualize her or look at her with that level of disrespect. To make matters worse, the fact that Jessica wasn’t added to the list further destroyed the friendship between the girls. Alex did what he did to come across as “one of the boys” with Bryce, Justin, and the rest of the popular crowd, and what he did for his own satisfaction obviously came at Hannah‘s expense.

Tyler Down developed an unhealthy crush on Hannah despite the fact that she wasn’t interested in him in the slightest. He pursued her by silently following her around, stalking her on a daily basis, and taking photographs of her without her knowledge. When Hannah developed a close friendship with a girl named Courtney Crimson, they started spending more time together. Unfortunately for the girls, Tyler witnessed an unexpected moment that found Courtney planting a kiss on Hannah‘s lips during a game of truth or dare while they were both under the influence. Tyler was also able to snap a picture of it, which was ultimately spread around campus. The feelings were never mutual between Hannah and Courtney, and Tyler’s picture of them only complicated matters.

Courtney Crimson cut Hannah off as a friend

Instead of sticking together through the hardship of a nasty rumor on campus, Courtney decided to cut Hannah off entirely after the Tyler Down incident. Courtney was a closeted lesbian and wasn’t ready to be outed to the world. She figured that distancing herself from Hannah would be better for her own reputation. To avoid more suspicion, Courtney told people that the picture of Hannah was one of her kissing a different girl. Courtney also fueled more rumors about Hannah hooking up with Justin for no reason at all. Courtney totally threw Hannah under the bus to save her own reputation, even though she actually had feelings for Hannah at one point.

Marcus Cole had one thing in mind and one thing only when he invited Hannah out for their Valentine’s Day dinner date. He sent her a one-dollar Valentine and made her think he was totally interested in her, but his ultimate plan was to convince her to hook up with him since rumors about her promiscuous nature were already making the rounds. When Hannah met with Marcus at the diner, he inappropriately touched her under the table to the point of her begging him to stop. Unfortunately for her, they weren’t alone. A group of his guy friends was nearby, pointing them out and laughing at the entire situation. Marcus ended up ditching her at the diner after she started crying.

Zach Dempsey wasn’t cool with what happened between Hannah and Marcus. In fact, it was totally upsetting for him to witness such a horrible incident take place. He didn’t side with Marcus and instead chose to start comforting Hannah. Even though he proved to Hannah that he was willing to be there for her, she still rejected his romantic advances. As a way of retaliating in frustration, Zach then began stealing “positive notes” from her classroom basket. Other students in their class would leave her notes to help cheer her up throughout her day, but Zach would take them before she was able to read them. Hannah figured out it was Zach doing the stealing and it made her feel more emotionally damaged than before.

Hannah eventually wrote an extremely intimate poem about all the depression and sad emotions she was feeling. It was her way of expressing herself, but she didn’t want anyone else in the world to ever read her words. Ryan Shaver, the editor of the school magazine, stole her poem and published it without her permission. He did so anonymously, but since the poem was filled with so many of her personal details, it was easy for other students to figure out that she was the writer. She felt humiliated that her private poem had become a public spectacle.

One of the deepest feelings of guilt Hannah felt before taking her life was the fact that she didn’t intervene the night that Jessica was assaulted by Bryce Walker. She also felt furious at Justin for refusing to intervene as well. Justin and Jessica were hooking up at a party, but after Jessica became visibly too intoxicated to continue the intimate moment, Justin didn’t want to push it any further. Bryce, on the other hand, was willing to take advantage of Jessica in her vulnerable state. Justin allowed the aggressive assault to happen — and so did Hannah. She was in the bedroom closet, hiding the entire time. Hannah should have made it known that she was there, which might have spooked Bryce from continuing. Instead, she stayed silent in the closet and allowed Jessica to be assaulted.

Sheri Holland offered Hannah a ride home from Jessica‘s party, and Hannah was quick to accept the offer since she wanted to get home more than anything. Unfortunately for the girls, on their way out of there, Sheri got into a small car accident. She knocked over a stop sign and left the scene without reporting the incident. That same night, another car accident took place due to the fact that the stop sign was missing. This time, the car accident was fatal. Jeff Atkins, one of the sweetest and kindest boys on campus, ended up fatally passing away. Since Hannah was a passenger in Sheri‘s car the moment the stop sign got knocked over, Hannah felt guilty and fully connected to Jeff’s death.

Clay Jensen is included in the list of 13 reasons for Hannah‘s death, but she later explains on his recorded tape that he doesn’t necessarily deserve to be there. It’s true that she liked him a lot and had a major crush on him, but his lack of action wasn’t a reason for him to end up on the list. She really wanted a relationship to form between her and Clay, but he never made a move. She simply needed him to understand why she did what she did.

In addition to assaulting Jessica, Bryce also ended up assaulting Hannah in a hot tub during a different party. Hannah had no intention of being alone with Bryce or hooking up with him by choice. When everyone else at the party left her alone in a hot tub with Bryce, he made his move. She cried and begged him to stop, but he didn’t listen.

When Hannah talked to the school‘s guidance counselor, Mr. Porter, about the assault she faced with Bryce, Mr. Porter wasn’t helpful at all. She described being assaulted and hinted at the fact that she was having suicidal thoughts. Instead of reporting her claims to the police or contacting her parents, Mr. Porter did absolutely nothing. Knowing that an adult who she was supposed to be able to trust wasn’t willing to help her pushed Hannah over the edge. She took her life shortly after the interaction, but not before making the tapes explaining the 13 reasons why.