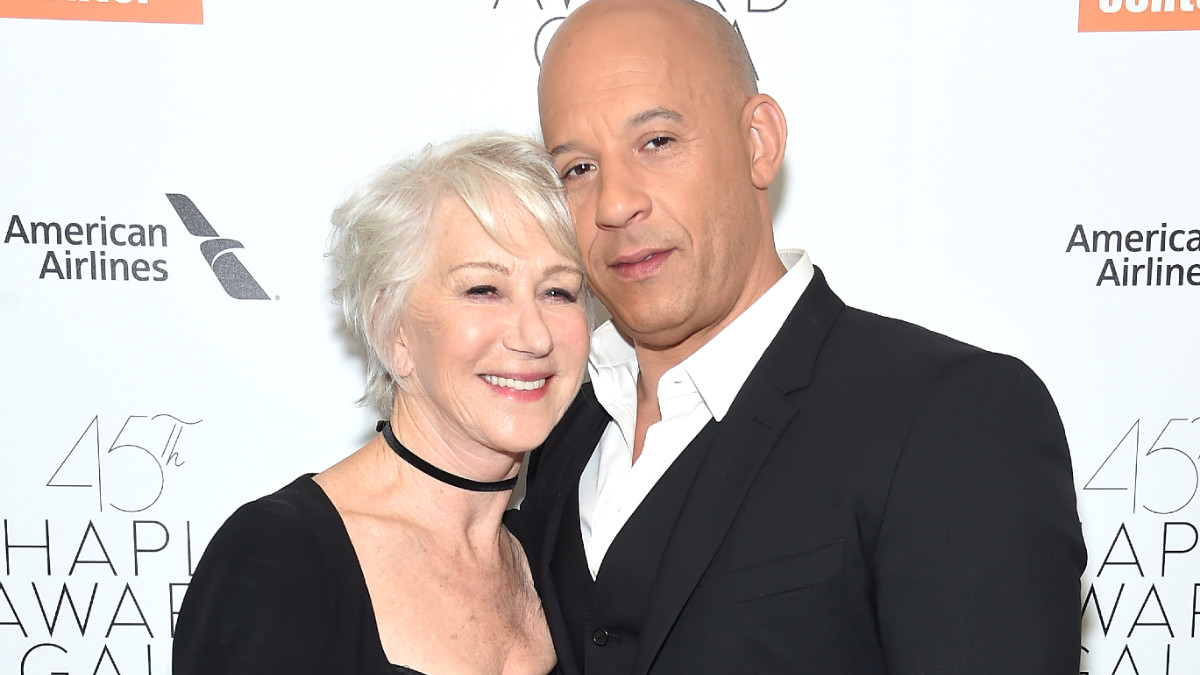 Helen Mirren graces the cover of People magazine’s 2022 Beautiful Issue, in which the 76-year-old Oscar-winning actress opened up about one of the most interesting risks she’s taken later in her career by appearing in several films in the Fast and Furious franchise.

But while apparently not everyone has such an easy time getting along with Vin Diesel, Mirren recalls having quite the opposite experience working alongside the franchise star. In fact, she told the publication that she adored Diesel from the moment she met him, and that the pair quickly struck up an “unlikely friendship.”

“Chemistry is inexplicable — it just is. You put two people together you think — and movies constantly make this mistake — oh, the chemistry’s going to be fantastic! And then it’s disastrous,” she says.

“Even very interesting people, people who have great chemistry offscreen to the extent of maybe, cough, excuse me, even having an affair or marrying each other, onscreen have no chemistry whatsoever. Whereas the most random people just have chemistry. And I adored Vin from the moment I met him.”

Mirren also elaborated how she apparently “begged” Diesel for a role. She was eventually cast as Magdalene “Queenie” Shaw, mother to Jason Statham’s Deckard Shaw, in three films to date — The Fate of the Furious (2017), the Fast and Furious spinoff Hobbs & Shaw (2019), and F9 (2021).

However, Mirren says it was the first time in her career that she had actually pursued a role.

“I always [believed] they have to come to you, because if they don’t, they don’t really want you,” says the cover star of PEOPLE’s Beautiful Issue. “I’ve never asked for a role, even if it was a role I really wanted to play.”

But that changed one night at a party. “I think it was at Nobu, and there was Vin. I love driving cars — I’m probably not a terribly good driver, but I’ve always sort of fancied myself as a fast driver — and I thought it would be so cool to be in a film that was just about fast driving,” says the 76-year-old SAG Life Achievement Award recipient. “I saw Vin and introduced myself and shamelessly begged him to put me in one of his movies. He very sweetly did and I am eternally grateful to him.”

Not to be outdone by his costar, Diesel likewise had heaping praise for Mirren when asked what makes her so beautiful.

“What makes Dame Helen Mirren so beautiful? I’ll tell you,” Diesel said when he learned she’d been named the cover star of PEOPLE’s Beautiful Issue. “She has a charisma that is timeless. She has looks to kill and always has. She has a jovial spirit. But I think the thing that is most attractive about Dame Helen Mirren is the way she makes you feel. She always makes you feel appreciated and loved. And for that, I love her forever.”

It’s unknown yet whether Mirren is going to make a cameo in Fast X, which began shooting last week — until director Justin Lin officially dropped out citing “creative differences.” If not, the franchise’s 11th film is allegedly going to be its last, so Mirren still has time to get behind the wheel one last time.