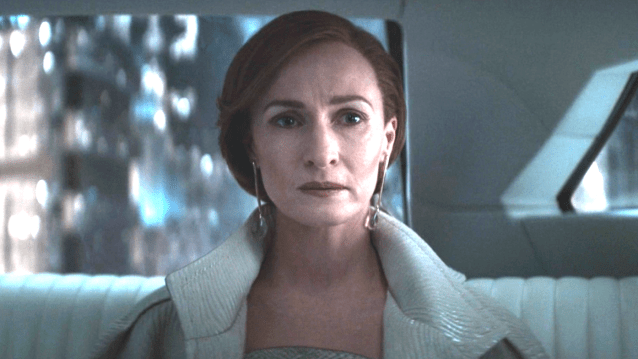 Andor‘s season finale is here, and more than lives up to expectations. The majority of the final chapter takes place on Ferrix, with almost every character converging on the salvage planet for Maarva’s funeral in the hope of snaring Cassian Andor. Mon Mothma was just about the only major player that wasn’t there, though her family and financial situation was neatly and subtly resolved over a handful of scenes.

Her sneaky plan requires viewers to have closely paid attention to previous episodes, so here’s what she concocted.

In an early scene, we see her picking up her husband Perrin. After asking her driver to give them privacy, she chides him for beginning to gamble again, and he protests that he’s been doing nothing of the sort. Her ISB plant driver covertly listens in, learns that the Mothmas are in some kind of financial predicament, and dutifully reports it to his handler.

The subtle twist is that Mon Mothma knows her driver is a spy and will eavesdrop on this conversation. This will allow her to blame her unwitting husband for the money missing from the family accounts that she’s secretly funneling to the Rebellion. Even more sneakily, this also lets her blame Perrin for forcing them to marry their daughter to the son of crime lord Davo Sculdun.

The cherry on top is that the hapless Perrin is now a perfect patsy should the ISB come knocking. A senator’s husband racking up gambling debts and the family taking a loan from an underworld mob boss isn’t the best look, but it’s the exact type of corruption that seems common in the Imperial Senate and shouldn’t raise too many eyebrows.

So, by the episode’s end, Mon Mothma has managed to set her husband up as a scapegoat and sold off her daughter to hide her links to the Rebellion. Machiavelli would be proud.