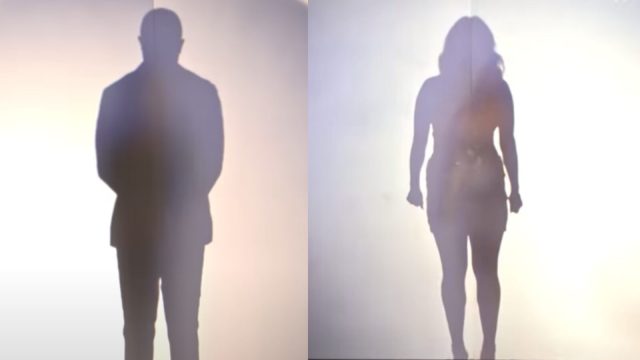 The latest season of Love is Blind is officially airing, and fans of the reality dating series can’t get enough.

The drama-soaked Netflix series debuted its third season in early October, and intends to release its episodes in chunks through the start of November. The first four episodes are already available to stream, and the next trio will arrive on Netflix on Oct. 26. The final chunk of the season — consisting of episodes eight, nine, and ten — will drop on Nov. 2, polishing off the season and delivering a brand new set of victors.

As fans ease themselves into the latest season, they’re presented with a brand-new group of romantics hoping to find “the one.” Viewers are already selecting their favorites among the group of fifteen men and fifteen women, and their obsession with these individuals is likely to stretch far past the season’s conclusion. Thankfully, you can keep up with their lives both on and off screen via the cast members’ Instagram pages, which will provide details and updates on the cast — and their potential matches — even after the cameras stop rolling.

The Love is Blind season three cast on Instagram

Love is Blind presents viewers with a series that is similar in format to Married at First Sight. The show follows a group of 30 singles looking for love and pairs them with carefully-selected matches. The catch is laid out in the title — the show allows the pairs to date for a 10-day period, but they never lay eyes on one another. They are only allowed to meet face-to-face once a marriage proposal has been extended. From there, the couple is allowed to meet in person, and gets a bit more time to discover one another before they officially tie the knot.

Not all of the couples in Love is Blind work out, of course, but several of the show’s prior participants remain married, even years after the cameras stopped rolling. Fans are still getting to know season three’s couples, with only a few episodes currently available to stream, but the participants’ social media pages shine a light on their lives and personalities. Here’s how you can track down each of season three’s contestants via their Instagram pages.

Alfia’s easygoing charm and likability is clear on her social pages, where images show the 27-year-old simply soaking up life. The Arizona native is hoping to ditch the more “superficial” aspects of dating, according to Distractify.

One of this season’s older contestants at 34, SK is fully on board with the “blind” aspect of Love is Blind. Traditional looks aren’t a concern for the Berkeley graduate, which makes the show’s formula a perfect fit. Let’s just hope his match is too.

Self-billed as an “outdoorsman” with a talent for real estate, Barnett is looking for a woman who shares, or at least supports, his close relationship with God. He’s already shown himself to be a real charmer on Love is Blind season three, and fans are looking forward to more.

Bolton is a clear romantic at heart, even after his 10-year relationship came to an end. He’s looking to find his forever match on Love is Blind, and finally capture the love he sees shared between his mother and step-father.

There’s plenty to enjoy on Bowden’s official Instagram page, where the 27-year-old senior analyst posts workout shots and images of hanging out with friends.

Self-described as both a “realtor” and a “globetrotter,” as well as “chosen,” Jaffrey openly admits how picky she is when it comes to partners. Hopefully Love is Blind can help her find the love she’s looking for.

It’s not overly flush with uploads, but the 32-year-old Lemieux’s Insta is likely to get more exciting as he moves past his time on Love is Blind.

Currently a dancer with Ballet North Texas, Reed is determined to find love on this season of Love is Blind. Talent absolutely oozes off of this former Pennsylvania native, and we’re sure her match will see it too.

Another contestant hailing from the Lone Star State, Rodriguez is a “real estate investor” and “traveler,” according to her Instagram bio, and is hoping to finally find that serious match.

The final of this season’s contestants bills herself as a “pilates master trainer” as well as a “barre instructor,” and puts fitness at the core of her social media presence.