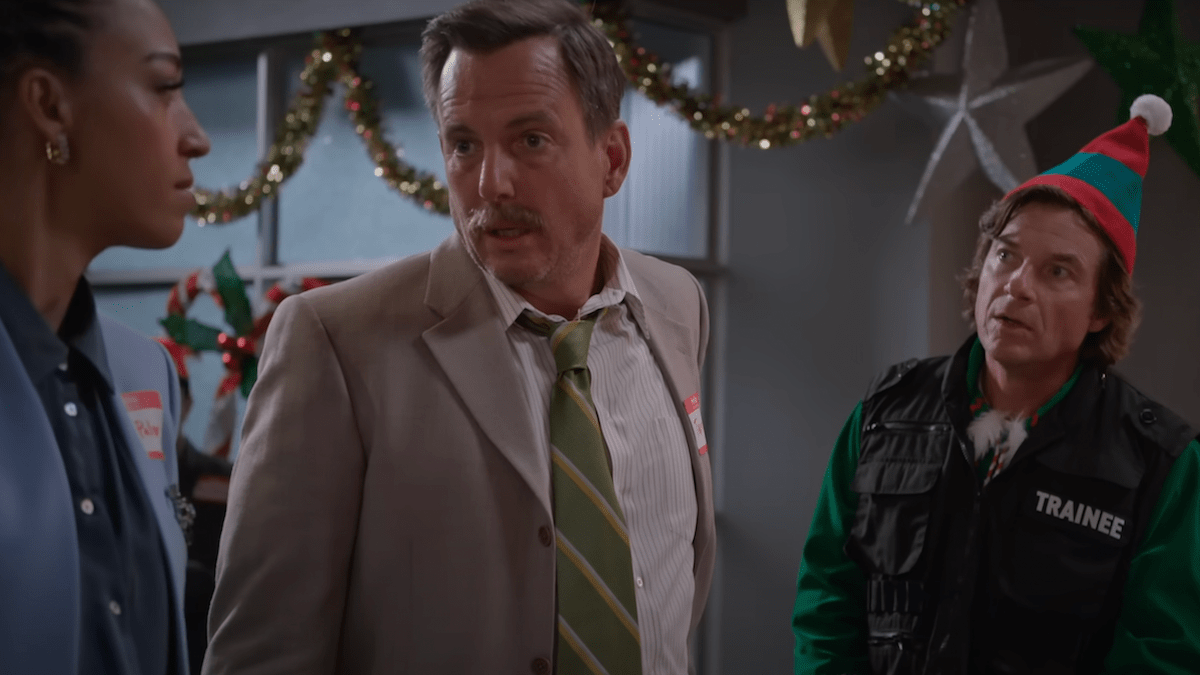 There are tons of interesting holiday movies and shows to watch during the Christmas season, but Who Killed Santa? A Murderville Murder Mystery stands out because of its edgy appeal. It tells the intensely funny story of a detective named Terry Seattle, who links up with two of his best buddies to embark on a top-secret mission.

They have to figure out who murdered Santa Claus before Christmas day arrives, while kids everywhere are left feeling abandoned. Without any interactions with their favorite bearded icon, can Christmas actually be a success? Detective Terry deals with tons of shenanigans along the way, as he tries to come up with an answer. But before you give the intriguing project a watch, here’s where else you’ve seen the cast.

The main character in Who Killed Santa? A Murderville Murder Mystery is played by Will Arnett. The biggest show he’s been linked to on his resume as an actor is Arrested Development, in which he starred in from 2003 to 2019. He also starred in Blades of Glory with Will Ferrell, Teenage Mutant Ninja Turtles, and Let’s Go to Prison.

In terms of voice acting, Will lent his memorably deep voice to projects including The Lego Batman Movie and Bojack Horseman on Netflix. You might also recognize him talking in Despicable Me and The Nut Job. From 2016 to 2017, Will landed the leading role in a comedy-drama called Flaked for two seasons as well as a struggling alcoholic in a recovery program.

Actor Jason Bateman plays himself well in Who Killed Santa? A Murderville Murder Mystery. Some of the other movies and TV shows you’ve seen Jason include Ozark, in which he starred in from from 2017 to 2022, Arrested Development alongside Will Arnett, Horrible Bosses, and The Change-Up.

He starred in comedies such as Game Night, Identity Thief, and The Switch, too. Over the years, Jason has worked alongside major names in the Hollywood industry, including Rachel McAdams, Jennifer Aniston, and Jenny McCarthy. Just like Will, he’s done his fair share of voice acting. He also played the role of the cunning fox in 2016’s Zootopia.

Maya Rudolph is one of the more hilarious comedians out there, playing herself in Who Killed Santa? A Murderville Murder Mystery. It’s easy to recognize Maya from a variety of shows and movies, including Bridesmaids, Grown Ups, Idiocracy, The Good Place, and Loot. Loot is her most recent project (premiering in 2022), but it’s already a huge highlight on her resume as an actress. She’s also done some voice acting on animated projects, including Disenchanted, Big Mouth, Big Hero Six, and Luca.

The conversation about Pete Davidson was heavily focused on his former relationship with Kim Kardashian for a good while, but now it’s time to shift some focus back onto his career as an actor. He proved himself as a comedian on Saturday Night Live, but he’s also stepped up to the plate as an actor in several different projects, including The King of Staten Island, The Suicide Squad, Bodies Bodies Bodies, Meet Cute, and Big Time Adolescence.

Johnny Blaze is played by none other than Sean Hayes, an actor who has been making waves in the Hollywood industry for many years now. The biggest show he’s been part of is Will and Grace, which premiered in 1998 and continued on until 2020. The show is considered a groundbreaking sitcom that was ahead of its time. You might also recognize Sean from The Bucket List, The Cat in the Hat, Lazy Susan, Parks & Recreation, and Scrubs.

Chief Rhonda Jenkins-Seattle is played by an actress named Haneefah Wood. If you thought you might recognize her from something else beyond Who Killed Santa? A Murderville Murder Mystery, you’re probably right. Along with her memorable Murderville role as the chief in charge, she also landed roles in Zoe Ever After, Hello Tomorrow!, Truth Be Told, Schools, and Freedom Land. When Grease Live! premiered in 2016 starring Vanessa Hudgens and Julianne Hough, Haneefah was part of that talented lineup also.

One of the biggest roles Lilan Bowden starred in before playing Amber Kang in Who Killed Santa? A Murderville Murder Mystery, was in a thought-provoking show called Andi Mack. The Disney channel TV show told the story of a young preteen who discovers that her older sister is actually her mother. The show was a little deep for Disney Channel and only ended up running for three seasons, but it certainly created lots of buzz for Bowden. Lilan also landed roles in I Am Watching You, Becoming Eddie, Lethal Beauty, and Zombie Apocalypse.