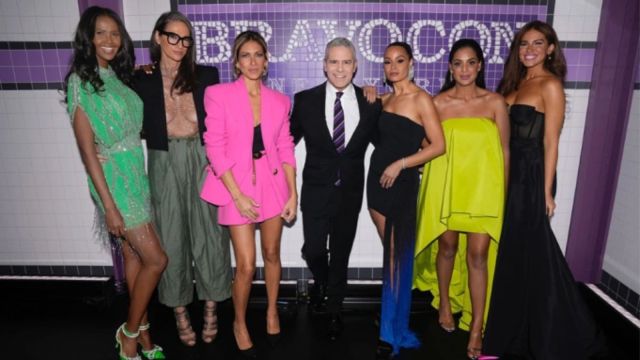 The Real Housewives of New York City are back, and the Big Apple will play host to a new generation of women arguing over their exceedingly rich lifestyles.

The rebooted Real Housewives of New York is looking and feeling exactly like a non-fiction version of Gossip Girl, as the cast has been unveiled and an official synopsis has come out of producer Bravo. In a pleasant surprise, the series will boast one of its most diverse casts yet, with several firsts in its new lineup.

A bio for the forthcoming 14th season of RHONY, provided by Bravo, promises the same drama the franchise has been giving us for over a decade.

“An all-new group of seven dynamic women who run in the same social circles, thriving in one of the most diverse and electric cities in the world. From fashion and real estate, to philanthropy and social influence, these women have made their mark in NYC and will now share their lives as they juggle careers, family life and jam-packed social calendars in the city that never sleeps.”

The diverse cast also comes from different life backgrounds as well as cultural. A Somalian hot sauce entrepreneur, a home renovator, a girlboss CEO, the creator of a Jewish dating service, and a self-described “trophy wife in the waiting” are all part of the new line-up.

It sounds like an excellent set-up for a joke, but represents a change in how Bravo wants the series to be seen, with its creator Andy Cohen saying it’s a conscious change to reflect modern New York.

The series is set to air sometime in 2023, with no tentative window applied as it nears production.