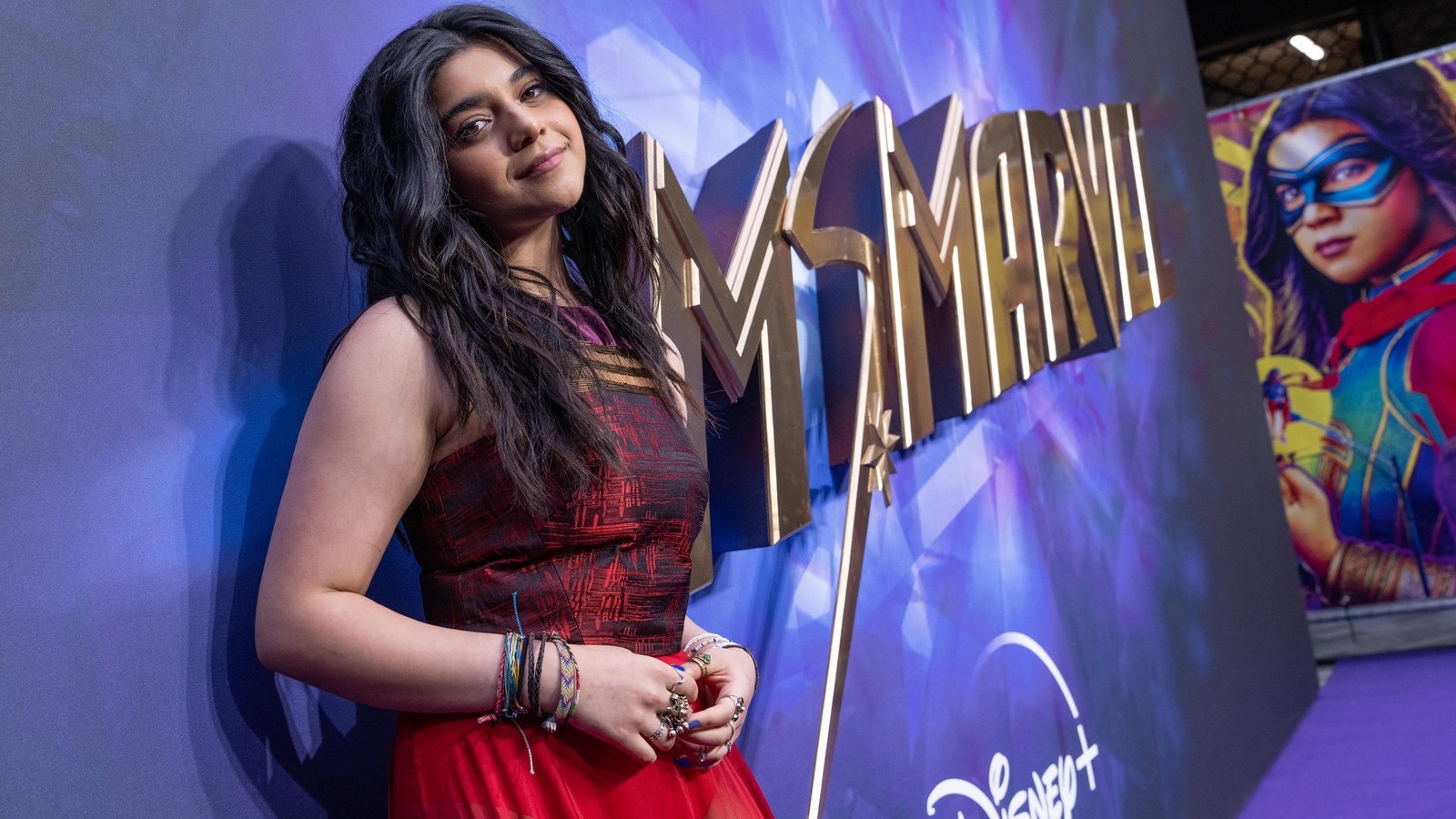 Right now is a crazy time for Iman Vellani. The 19-year-old actress has just gone from never have a screen credit to her name to becoming a bonafide Marvel superhero. With Ms. Marvel premiering this past week, Vellani is now officially part of the MCU thanks to her leading turn as Kamala Khan. And she’s already rubbing shoulders with some of the franchise’s best and brightest. Including the one and only Grandmaster himself, Jeff Golblum.

Vellani recently visited the Sirius XM studios where she ran into the Jurassic World Dominion star. In a series of images that are sure to warm your heart, the star is in turn shocked, elated, and then overcome with emotion at meeting the Hollywood legend. Check out the pics via the tweet below:

While Goldblum is a beloved star thanks to his turns in the likes of Jurassic Park and Independence Day, we’re betting that Vellani got all emotional over meeting the Grandmaster, Goldblum’s scene-stealing character from Thor: Ragnarok She is a Marvel super-fan, after all, something she’s proven over and over again now, from acing an ultimate MCU trivia quiz to holding Kevin Feige to account over Doctor Strange 2‘s 616 goof.

As for Goldblum, fans would love to see him again in the incoming Thor: Love and Thunder, but we’re not entirely sure if he’s going to have a part in it or not. When recently asked about it, he responded in the most Jeff Goldblum way possible, declaring that he won’t be featured “visually” in Taika Waititi’s film but he will be “sensed, only vibrationally.” So, make of that what you will.

Iman Vellani is on course to follow up her own show with a major role in next summer’s The Marvels opposite Teyonah Parris and Brie Larson, who has already labeled her as “the best Marvel.” For now, catch new episodes of Ms. Marvel as they unfold Wednesdays on Disney Plus.