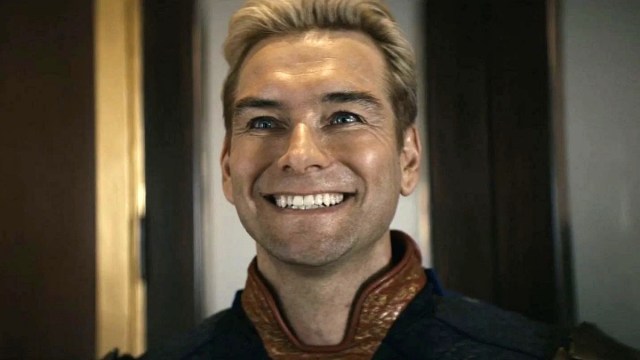 The Boys has officially begun production on its fourth season and a photo from the set has given fans a glimpse at Homelander, America’s hero.

In a photo posted to Instagram by Karl Urban who plays Butcher on the show, the actor is stood in front of a wall of posters with Homelander, an American flag, and the caption “Saving America”.

Of course, while we know Homelander’s vision of saving America is extremely warped, it does seem to show that the story will pick up pretty much right where things left off at the end of season three.

The caption for the image simply says “Daddy’s Home !” seemingly announcing that yesterday marked the first day of production for Urban on The Boys season four.

No time was wasted between seasons as the show was officially renewed for a fourth season weeks before the season three finale aired. Putting even more in perspective, season three’s finale landed on July 8 and now a month and change later production has kicked off for the next addition to the franchise.

The Boys only looks to be getting bigger and better with each season and the hype during season three was the best showcase of that. Like each season prior, things were left off on a cliffhanger in season three’s finale leaving plenty of loose ends to pick up on in season four.

Sadly, we don’t have a date or timeframe for when The Boys will air its fourth season on Prime Video, but it will likely take place in 2023. For the time being, you can check out all of the series so far on Amazon’s Prime Video streaming service.