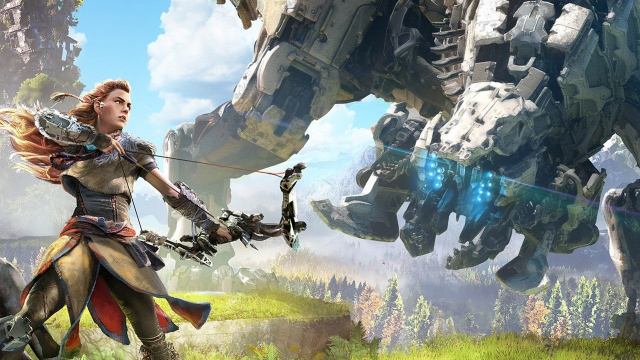 Videogame adaptations have been having a moment with more success than they have in the past. Sonic the Hedgehog and Uncharted have turned polygons into flesh-and-blood box office gold, and, now Netflix wants some from Horizon Zero Dawn.

Deadline Hollywood shared the news in an article principally about The Umbrella Academy producer and showrunner Steve Blackman renewing his deal with the service. He is also developing a series based on the 2017 video game and a space drama titled Orbital. Netflix has been trying to build a series based on the game – which was at one point being reportedly adapted as a film – for several months and Blackman says in the piece he is excited to bring these two projects out and wants them to be big things.

“Horizon Zero Dawn and Orbital are elevated, event-level projects grounded in characters that fans will love and relate to, which are hallmarks of Irish Cowboy productions. We’re thrilled to be working with Netflix and all of our partners on developing these ground-breaking stories.”

Neither of the projects have set release dates at this time. Orbital is going to be set aboard the International Space Station while Horizon Zero Dawn’s story is set a thousand years in the future in a world of primitive tribes and high-tech machines built on the ruins of the present United States. It follows an outcast named Aloy who realizes the only way to save the world is to discover how it got lost. The game has sold more than 20 million copies as of Nov. 2021.

Blackman’s work on The Umbrella Academy is almost concluded — Netflix recently renewed the series for a fourth and final season.