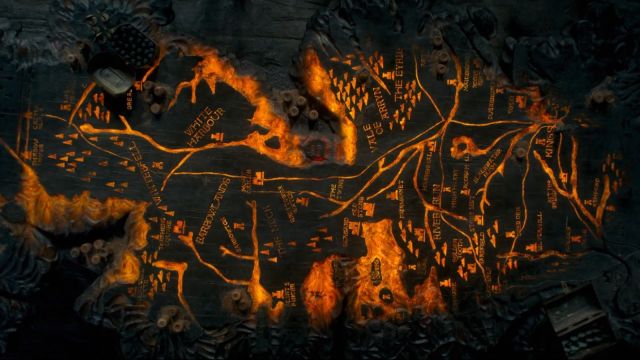 The season one finale of House of the Dragon has reintroduced an object that was in Game of Thrones — the painted table. But unlike in the original show, where it was pretty much a carved table, the prequel series showcased a unique feature that this table has — RGB lighting.

Fans were mesmerized on social media when they saw the table light up in the show. Some have said that they could stare at the table all day. Meanwhile, others believed the table should have been featured in the show’s opening credits. Maybe that might be the case in the later seasons as they focus on the upcoming civil war between House Targaryen.

Just as fans saw the painted table light up, they jokingly questioned why no one in Game of Thrones knew how to turn on the table’s “RGB features.” It would have looked cool, especially for team Daenerys, as she and her council plotted to take back the throne from Cersei.

Fans gave their theories, such as some of the characters finding the feature useless, which is ironic since Stannis was known to use fire excessively. Meanwhile, others pointed out that the table’s power source may have been unplugged or corroded over time, hence why the table could no longer light up.

The most logical response as to why everyone in King’s Landing didn’t know how to turn on the table was probably because of lost knowledge. Remember, House of the Dragon took place 200 years before the birth of Daenerys Targaryen. It is possible that people may have forgotten about it as time went on post-Dance of the Dragons.

Let’s be real though, who wouldn’t want a cool stone RGB table? It’s stronger than IKEA products and could make a great centerpiece for your home. You just need to remember to light the table up. Then again, Matt Smith’s review of the table might make you reconsider — he said that it’s hard to find a place to sit at it.

Season one of House of the Dragon is now available to stream on HBO Max.